The federal government has asked for a review of the Family Court's handling of a case involving the family of a young girl who was thrown from Melbourne's West Gate Bridge.

Darcey Freeman, four, died after she plunged 58 metres from the bridge last week.

Her father Arthur Phillip Freeman has been charged with her murder.

Darcey's relatives say the justice system ignored their fears about the girl's safety and failed to prevent her death.

Federal Attorney-General Robert McClelland has asked his department to review the family's case.

"Family law is an extremely difficult area and if there is anything we can learn from this tragedy to improve how the system is run we will not hesitate to take the necessary action," Mr McClelland said in a statement.

"Anybody that's got family or friends who dealt with the Family Court, you know the system isn't perfect, I think it's very timely to review this case and to see the way in which it was managed," Mr Brumby said.

"It's a federal responsibility and I think the sooner that review's undertaken the better."

Mr Brumby reiterated his desire to see a tribute to Darcey and all children built into Children's Week, which is held in the first week of October.

In this age of equality where women demand equal rights as men, the same is NOT said in the Family Law Arena.

Men are generally given 'access rights' (i.e visitation rights every second weekend) to their children, by a Government that supported "Stolen Generations", and again is oppressing your right as a parent.

These tragic results are as a reaction to a situation.

In this case there was a 2 year bitter custody dispute over Darcey.

If a woman pairs of with a partner, the biological father sees less of his OWN child than the stranger.

The law treats the male as a criminal, to prove himself innocent.

Posted by AuCorp at 4:37 PM No comments:

A birthday celebration turned into a terrifying ordeal for a Victorian couple involved in a road rage attack — and the whole event was captured on film.

Rachel Stockdale said she and her husband Brad were driving through a roundabout in Melbourne's north-west when another car cut in front of them and almost caused a vehicle collision.

She began filming on her digital camera after the other car came to an abrupt stop a short distance down the road, forcing her and Mr Stockdale to pull over.

Video footage shows the other driver get out of their car and lunge at Mr Stockdale while his wife screams in the background.

"Go away … go away … you're going to jail for this," Mrs Stockdale yells.

Blood can be seen gushing from the side of Mr Stockdale's head.

"I was holding him back and he was trying to reach for my face and he's got me on [my right] side and he … punched me in the temples as well," Mr Stockdale said on the TODAY show.

Mrs Stockdale was also attacked as the other driver attempted to yank the camera out of her hands.

"I wasn't going to stop filming for anything and that's what made the guy really go for me," Mrs Stockdale said.

She said she was punched twice during the scuffle.

"I was shaking … the footage has a lot of screaming because I didn't know what to do," Mrs Stockdale said.

"I couldn't really help my husband physically because [the other driver's] whole family was on him at that point."

The confrontation ended when the drivers of passing cars flagged down by Mrs Stockdale intervened.

Mr Stockdale did not state the date the incident occurred but said that he and his wife were on their way to a dinner to celebrate his 30th birthday at the time.

Police were immediately informed of the incident but no charges have been laid.

The current Minister for Water in Victoria, has insulted the Victorian population by telling them to "GROW UP" with respect to the usage of water.

He went on further to say that it is important for future generations for the Victorians to save water. The government currently has a "target 155" campaign which urges people to use no more than 155 litres of water per person per day.

A Target which the Government understand is UNOBTAINABLE.

An evaporative water cooling system which is installed in the majority of Victorian households consumes between 20 - 70 litres of water PER HOUR.

Since the privatisation (Money for Mates) of Melbourne's water to companies that ONLY MANAGE but do not improve on infrastructure, as a result has reduced Melbourne's water supply to critical levels, YET the government still has done NOTHING for over 25 years.

They are only talking about Water Desalination plants.

Water tanks are sold at great cost to the consumer, and the water bill is increased as a result.

During each decade of drought, water tanks were FORBIDDEN to be installed, as this would detract funds from the governments pockets. 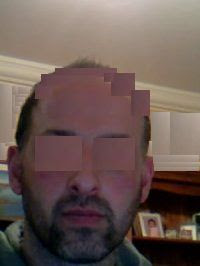 For obvious reasons, the identity of this person has been concealed to protect him, and his offspring.

This person is a reported child abuser who would bash his child in fits of rage and anger to an extent that would horrify most people.

This person's wife would witness the abuse and say NOTHING.

He has been reported to the Police yet NOTHING is done.

Such is the system that is supposed to protect our children.

Extreme heat would have contributed to the death of a teenager after she swallowed illicit drugs out of panic at seeing police sniffer dogs at Perth's Big Day Out festival, police say.

Gemma Thoms, 17, was with friends when she saw the sniffer dogs shortly before she entered the popular music event at the Claremont Showgrounds on Sunday.

The sight of the dogs caused her to panic, her friends allegedly told police, leading her to swallow an unknown quantity of a drug they believe was ecstasy.

But police on Monday said the girl was dropped off at the showgrounds, which meant she would not have been subject to sniffer dog and police searches carried out at the Showgrounds train station.

"There were a whole pile of people. She entered the venue. It was all too much for her. About an hour later she just collapsed," a police spokeswoman told AAP on Tuesday.

She added that the extreme heat would have contributed to Ms Thoms collapsing.

"If you don't get enough fluids into you, your body just shuts down."

Ms Thoms was given first aid before being taken to Sir Charles Gairdner Hospital, where she died.

Friends of the Perth teenager have posted online tributes to her on Facebook.

"RIP our beautiful Geri, your adventurous streak was what made you, but it got the better of you," friend Bree Fazioli wrote.

"Beautiful little gemmie RIP, i will miss you forever," a post from Fiona McLuckie read.

An autopsy has yet to be conducted to confirm the exact cause of Ms Thoms' death.

NSW Greens MP Sylvia Hale said she had been warning governments for years that a tragedy like Ms Thoms' death might occur if sniffer dogs continued to be used at festivals.

She pointed to a 2006 NSW Ombudsman report that concluded the dogs were ineffective.

"That report concluded that not only were they ineffective, but they are likely to result in harm when young people panic and swallow drugs and this appears to have happened in Western Australia," she told AAP.

Big Day Out concerts were not venues "where you catch the Mr Bigs of drug dealing", Ms Hale said.

"Predominantly you get people carrying small quantities for personal use," she said.

"It's always young people being targeted. You think cocaine is just confined to young people? I don't think so."

Posted by AuCorp at 5:46 PM No comments:

Ian Thorpe has again been forced to deny rumours he is gay after celebrity blogger Perez Hilton 'outed him' on his website.

Hilton, who is himself a homosexual, raised speculation overnight that Thorpe is in a relationship with his long-term Brazilian flatmate and former training partner Daniel Mendes.

The five-time Olympic gold medallist was recently photographed holidaying with Mendes in Brazil after the pair had spent Christmas with Thorpe's family, Hilton said.

But Thorpe has hit back at the speculation about his sexuality, saying he is merely good friends with Mendes.

"I find this kind of inaccurate speculation tiresome and I am annoyed by the hurt it has caused those closest to me," Thorpe said in the statement.

"I am still friends with many of the people I competed and trained with during my swimming career.

"Daniel is one such good friend whom I have known for many years."

Thorpe's former coach Tracey Menzies, who introduced Mendes to him, has backed up the swimming star's statement.

"There's no relationship to my knowledge, they're just good mates," the Daily Telegraph quoted Menzies as saying.

It would be sacrilegious not to comment on the tabloid media.

It is well known fact within Sydney's gay community that Thorpe is gay.

At the end of the day.... Who gives a flying French Connection United Kingdom ??? !!!