The Australian Government punishes its poor and it's deliberate by design 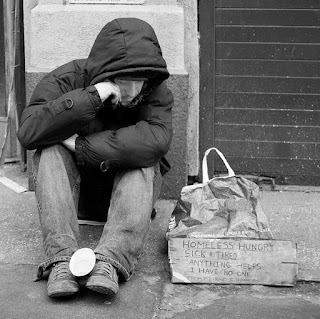 So, first things first, you should know that Australia was colonised as an 'economic project'  and they got it up and running pretty quickly making it one of the most prosperous places on the planet in its early years.

While China did recently note that the country was once roamed by "rascals and outlaws" what China neglected to mention is that most of them made it into positions of power.

The 'authorities' decided to start off Australia's police force with criminals, which should tell you a lot already.

The people in government were running a mockery, where the imperial government had enough and in 1865 installed the Colonial Laws Validity Act.

The serfs should also know that the Australian capital was designed by a 'brother' for the 'brotherhood'.

Australia was never meant to be a 'peasants paradise' and this is reflected in the law that the brotherhood installs on the people, tax slaves or more recently categorised 'consumers'.

"... system is aided by a tax system that rewards people the more houses and units they own."

See article from Friday the 13th of September 2019, by news.com.au of the headline:

Wealth in Australia was once determined by the type of job you worked and how much money you made. Now experts say there’s a new measure.

An Australian’s wealth was once determined by their employment status, the type of job they had and how much money they made.

But in 2019, there’s a new five-tier measure of wealth based on how many assets you own, according to a team of University of Sydney researchers.

“In the present era, where mid-size homes in large Western cities often appreciate by far more in a given year than it is possible for middle-class wage-earners to save from wages, such a continued focus on employment as the main determinant of class is increasingly untenable,” said Prof Adkins.

According to Dr Cooper and Prof Konings, there is now a five-tier asset-based class system in the developed world.

The top ranking is the “investor” group — those who don’t necessarily have an ordinary working wage but “live off the income generated from portfolios of assets through to non-asset owning classes”.

It noted that in Sydney, just under 50 per cent of all apartments were owned by investors — and the statistic is often higher in central areas of the city.

The bottom two categories are called “churners” who have no housing assets. The fourth category are renters who don’t own any properties or have a mortgage. They can be wage renters or welfare renters.

The homeless sit at the bottom rung of the ladder, with no income from assets, wages or the state.

The researchers largely focused on Sydney, the nation’s most expensive capital city for housing, where they found wealth is increasingly denied by those who own property versus those who will forever be priced out of the housing market.

This system is aided by a tax system that rewards people the more houses and units they own.

“While requiring further empirical verification, we believe that our proposed five-point asset-based class scheme will go some way in explaining how the current structural mutation of capital is central to the production of a new social structure of class,” the report stated.

“In short, we see our scheme as providing a long-overdue sociological translation of the implications of growing asset-based wealth inequalities.”
Posted by AuCorp at 8:06 AM No comments:

NEVER Consent to a Pat Down, Car Search or Strip Search 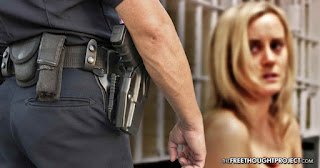 Legal advice as contained within the pdf: