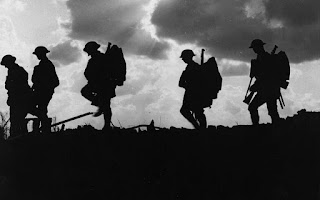 So, this is how the administration government of a colony of the British empire rules over the people.

The people in government send their cannon fodder over the seas to kill other nation's people for their benefit.

As a result of killing other people, those who make it back alive, have enormous (mental) health problems, but they are literally discarded by the very people that sent them overseas to kill other people.

In typical colonial fashion those in government then hide/falsify the problems they caused to the returned veterans.

When veterans deal with the Department of Veteran Affairs, they are up against an opposing force that deals with their claims to such an extent that many commit suicide where the modus operandi is not to acknowledge any claims first and foremost, and change the ‘goal posts’ on the claimant, after completing what that 'person' was told to.

When a suicide occurs a cover-up is made by those in government, stating that the death was an ‘accident’.