A mother in easternmost Canada pleaded guilty on Friday to murdering her only child in a twisted bid to save her relationship with a boyfriend, a court official said.

Penny Boudreau, 34, was sentenced to life in prison with no possibility of parole for 20 years for strangling her 12-year-old daughter Karissa after her boyfriend had given her an ultimatum: Karissa or him.

The Supreme Court of Nova Scotia heard she drove Karissa to a remote spot near the town of Bridgewater in January 2008 and told her to get out of the car.

They argued and Penny tackled Karissa to the ground, pinned her with her knees, wrapped twine around her neck and strangled her.

Boudreau then drove to nearby LaHave River and rolled her daughter's lifeless body down to the river bank, later discarding some of Karissa's clothes in a public garbage can.

In a bid to conceal her crime Boudreau reported her daughter missing, appearing two days later on television to plead for her to come home before Karissa's frozen body was discovered by searchers.

Boudreau was arrested for the murder in June 2008.

Seven youths, some in school uniform, subjected a 13-year-old girl to sex acts, one of which was filmed and sent to a mate, a Sydney judge has been told.

The girl, who felt threatened and intimidated, performed oral sex on five of the youths during her hours-long ordeal at two isolated toilet blocks and on a building rooftop in Sydney.

During one incident, she was told, "Just smile like you're enjoying it," while one youth later gave her his phone number and asked her to call him.

At times, youths yelled at their mates to "hurry up, it's taking too long" and "your turn's up".

Four of the teenagers, who were aged 15 and 16 at the time and cannot be named, faced a sentencing hearing in the NSW District Court on Thursday.

Three have pleaded guilty to one count of aggravated sexual intercourse with a girl under 14, and the fourth has admitted two such offences.

A fifth youth, referred to as KD, will be sentenced separately, a sixth is before the Children's Court, and no information was available on the seventh, who is referred to as "an unnamed male" in the agreed facts.

The offences took place in July 2007, at two different toilet blocks in Yagoona parks and later on the rooftop of a Bankstown building.

The facts said the girl agreed to meet KD at the Bankstown Bus Depot on that day, after having first met him days earlier at a shopping centre.

He arrived in full school uniform and, to her surprise, was accompanied by two other youths, one similarly dressed and the other in partial uniform.

The trio caught the train to Yagoona railway station, where the girl was led to a public female toilet block in a park, where four other males were seated outside.

Comments such as "you're hot" were made to her, before KD asked "would you give my friends head jobs?".

When she said no, he continued to question her, resulting in her feeling "threatened and intimidated" and saying "yeah whatever".

She went into a cubicle with one youth, with whom she had oral sex, after which another teenager said "I'm going to root her" before penetrating her and causing pain.

After they were disturbed by council workers, the girl was surrounded and walked to another toilet block in a nearby park where more oral sex took place, as well as digital penetration.

Later, at a building rooftop in Bankstown, another youth arrived and she was told to give him "a head job".

She said: "I don't want to. I've had enough. I've had to give everyone head jobs today.*"

She eventually complied "feeling angry that she was being forced to do something she didn't want to".

That evening, the girl was told video footage of her performing oral sex on one youth had been sent to another male.

In sentencing submissions, lawyers for the four referred to their immaturity, lack of sex education, good family backgrounds and contrition.

One of the four boys, who was only at the rooftop, had not known about what happened earlier and had "taken the opportunity" to engage in his first sexual encounter, Judge Richard Cogswell was told.

He adjourned submissions to February 20.

What was NOT mentioned was the NATIONALITY of the boys involved.....

Posted by AuCorp at 2:03 AM No comments:

Police say a 36-year-old Hawthorn man has been charged with murder and will face the Melbourne Magistrates' Court later today.

The girl was rescued from the Yarra River this morning after she was allegedly thrown over the West Gate Bridge.

Water police reached the injured girl in the Yarra River within 10 minutes of the fall.

She was treated by paramedics before being airlifted to the Royal Children's Hospital in a critical condition, but later died.

The 36-year-old Hawthorn man was spotted with a Landcruiser and two children near the Federal Court in central Melbourne about 10.30am.

He was taken into custody and interviewed by police before being charged with one count of murder.

The girl's mother had been informed of the situation, Detective Inspector Clark said.

Det Insp Clark said the incident was "particularly distressing" for both family members and witnesses.

"This is a dreadful set of circumstances and often you think you've seen it all but you haven't," he said.

The general purpose of this blog was not to explore the child custody disputes / family law rulings, but the horrific nature of this crime has to be mentioned, together with the rulings and attitudes of the Law Makers which result in these extreme deeds.

Whilst there are NO EXCUSES, in the majority of cases where the 'unstable' male does a deed of desperation in an 'unfit' moment, is usually due to a custody dispute where the male is second rate.

Recent geological studies have shown that there are approximately 5,000 Artesian wells in Australia.

The approximate water supply beneath the ground is estimated at 1,500 years.

When the water supply was in government hands, it was available cheaply and plentifully, even though Australia is constantly in a 'drought'.

Since the introduction of global policies to 'privatise' (read 'Money for Mates' deals) all utilities
there has been NO financial outlay to expand water catchment areas, and build infrastructure.

The 'privatised' water companies only collect money for a service that was already in place.

The governments current 'advertisements' show that water desalination plants 'will' be built, but what is NOT said that it will be 'outsourced' and as a result charged dearly at the tap to the user.

It is in the governments policies to charge exorbitant amounts for services that were previously moderately priced.

Posted by AuCorp at 4:25 PM No comments:

Welfare payouts are set to explode by up to $2 billion as the economic crisis pushes more people onto the dole.

Official forecasts say the Rudd Government faces a $1 billion blowout as unemployment moves up to 5.75 percent but analysis by the Herald Sun reveals that sum will double as the jobless rate hits 6.7 percent by the end of the year.

That translates into 250,000 jobs lost as Mr Rudd yesterday warned of a "rising tide of unemployment".

The finding comes as Labor's new job placement system — which softens penalties for those missing job interviews and gives priority to long-term unemployed over those newly sacked — comes into operation.

The system was developed when a booming economy was absorbing skilled workers and those considered job-ready will only get basic help for the first three months of unemployment.

Mutual obligation rules that enforce welfare payment restrictions for missing interviews or appointments will be lifted.

Welfare agencies are pushing for a $30-a-week NewStart boost to help workers who lose their jobs and will sit down with Deputy Prime Minister Julia Gillard today to discuss relief measures.

A report by Access Economics, commissioned by the Australian Council of Social Service, found welfare groups were forced to turn away 80,000 seeking help in 2007-08. 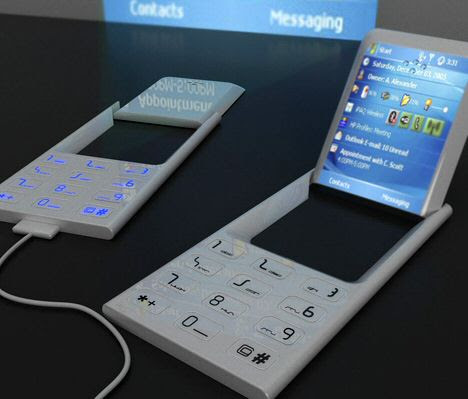 Looking at it from a global perspective, whilst in Australia, there is a plethora of consumer electronics, compared to the rest of the world we are in the TELECOMMUNICATIONS DARK AGES.

The products offered to the Australian Consumer are generally mainstream artifacts, that have been / will be popular.

Geographically positioned at the ARSE END of the WORLD (as quoted by Seinfeld), Australia is NOT a commercially viable market place.

Also the telecommunications 'monopoly' can do as it pleases for little fear of competition.

This product appeared in phonereviews.co.uk (see article here) in OCTOBER 2007.

There is no mention of this modern marvel anywhere in Oz.

Another business that was under public scrutiny many years ago.

Myer made it to the television program A Current Affair, for selling their T-Shirts for $10.
That was NOT the issue. The issue was that the shirts were bought (from slave labour – China) for ONE dollar.

Myer justified this by saying that the product went through many distribution networks ( read SHELF COMPANIES ).

Profiteering (Customer rip off) at its finest.

Myer is one of Australia's largest employers, and had an employee base of approx. 90,000.

Later it became part of the Coles group, and the swallowing up of smaller companies began, thus eliminating competition.

There are only TWO retail GIANTS in Australia
Coles and the Woolworths Group.

Posted by AuCorp at 3:41 PM No comments:

Another retailer named in the profiteering from slave labour (from China)
and selling their products at significantly inflated prices.

Products (in this case a Kids Jumper) landed from China in Australia costs ONE Dollar, is sold for FIFTY Dollars.

The standard mark up of clothing products within the industry is usually in the vicinity of 500%.

Posted by AuCorp at 3:19 PM No comments: 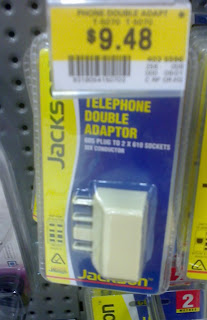 The term Globalisation was introduced to us by the industrialists and multinationals, under the banner that it will be of benefit to the CONSUMER.

Whilst this ‘selling pitch’ maybe true to SOME extent, the real reasons are more apparent when the finances are revealed.

The is to solely to the benefit non one else other than the Global Retail Giants.

Posted by AuCorp at 3:08 PM No comments:

In a move which has not yet been justified publicly made and common (commoner’s) knowledge, Australian government has implemented a ONE PHONE Policy.

In a move that is of NO DOUBT to protect the commoners from themselves, or in an attempt to maybe eradicate TERRORISM (against one eyed albino goldfish, by a minority group with TWO mobile telephones), only ONE telephone may be purchase from a retailer.

All telephone purchases must be accompanied by photo id of the purchaser and are stored on a database.

Dick Smith, Tandy and Big W WERE separate businesses, BUT now in the capitalistic business model, one company can theoretically (becoming realistic) own many businesses, and eventually become a MONOPOLY.

Monopolies hurt the consumer and are ILLEGAL in the United States.

Governmental policies are stealthily becoming the makings of a DICTATORSHIP.

PS - I would like to purchase 2 x LCD Screens from BIG W. Will I be PROHIBITED from this because TERRORIST activities could be viewed on them ??? !!! ???

Posted by AuCorp at 2:42 PM No comments: