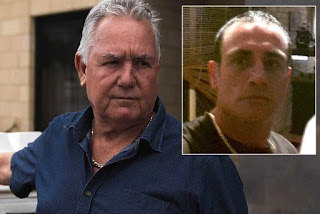 In the 48 hours before Damian Eric Maxfield stabbed a sleeping man to death, he threatened to kill two women with a knife, had a handgun seized from his home and resisted arrest.

The murder of Perth father Scott Martin as he lay sleeping on a couch in his apartment in Halls Head, 75 kilometres south of Perth, was the climax of a life spiralling rapidly out of control.

Now Mr Martin's family want to know why Maxfield was released from custody right before he took their son's life.

Maxfield pleaded guilty and was sentenced in September to life imprisonment for stabbing Mr Martin to death with two knives. 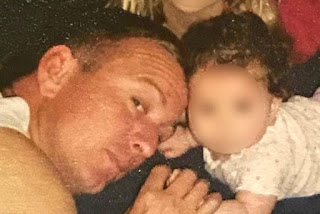 As his victim lay bleeding, Maxfield seriously assaulted the 40-year-old's partner, Erelle Mason, after she disturbed him, knocking out two of her teeth and bashing her repeatedly with a stepladder before she could break free and flee.

No one knows why Maxfield carried out the attack in the early hours of January 14 last year. Maxfield told police he doesn't know himself — he doesn't remember.

An investigation by the ABC has revealed police knew of allegations of serious criminality by Maxfield in the days before the murder. 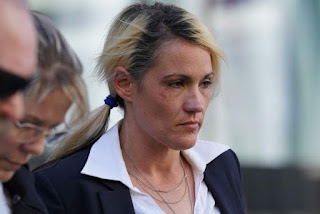 Photo: Erelle Mason was punched, choked, and beaten with a stepladder by Maxfield in a drug-fuelled rage.

Maxfield's housemate told the ABC he reported him to police for keeping a handgun in their home.

He said officers arrived and seized the gun, less than 48-hours before Maxfield killed Mr Martin.

Less than two hours before the murder, police arrested Maxfield after he threatened to kill two women with a knife, throttling one of them and throwing her against a wall.

Officers took him to Mandurah police station 70km south of Perth, held him for about an hour and then released him.

He was driven back to an apartment block where had previously lived, but was not his current residence.

He then walked inside and stabbed Scott Martin to death.

Fantasies of Russian agents and diamonds

In the months before the murder, Maxfield had been living with a man in nearby Wannanup, about 10km south of Halls Head.

It had been a bad year. He had split up with his partner, lost his job and increased his use of methamphetamine to more than a gram per day. 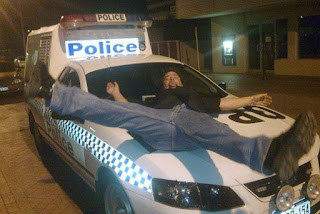 Photo: Maxfield's life had become increasingly out of control since losing his job and his partner. (Facebook)


Maxfield's housemate, who the ABC has chosen not to name, said his behaviour was becoming increasingly bizarre.

He suspected drug abuse, and said neighbours told him Maxfield was babbling about Russian agents, diamonds and tunnels under the house.

"He would get granite rocks from around the Cut [a local water inlet] and scrub them and break them up and tell me that all the quartz was diamonds," he said.


"When we cleaned his room out … there must have been about a tonne of rocks in his room. On the floor, on his bed.

"All hours of the night he would be scrubbing these rocks." 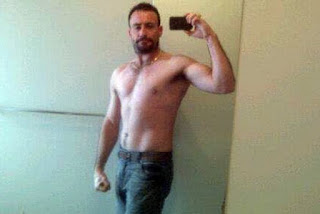 Photo: Maxfield was obsessed with rocks he found at a nearby canal. (Facebook)

Maxfield had lived at the Blue Bay Apartments from February 2015 until mid-2016, and was officially evicted on August 12.

Locals at the apartment block said Maxfield reappeared in early January 2017 and asked about a guitar he said he gave his former neighbours.

He showed up at least twice more before the murder, knocking on people's doors. 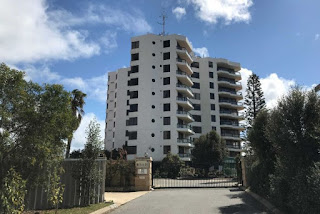 Back in Wannanup, Maxfield's housemate was worried. He had just found a handgun at the house.
It was the final straw. He called Maxfield and told him he had to go.


"I didn't mention the gun because I thought he might use it on me," the housemate said.

He said $1,400 in cash that Maxfield had paid him for rent was also missing from a drawer.
The housemate said he called police, who arrived on January 12 to collect the gun and take his statement about the missing cash.

Crossing paths with a killer

While this was happening, Maxfield was on his way north to Perth's Crown Casino, where he took an unspecified amount of methamphetamine, according to evidence tendered to the Supreme Court.

He met another man, and after many hours they left and boarded a train to take them back south to the sprawling coastal satellite city of Mandurah.

An old acquaintance, Cora Holmes, ran into the men on the train.

She said when she saw the state Maxfield was in, she took him back to her house because she thought he was a risk to himself. 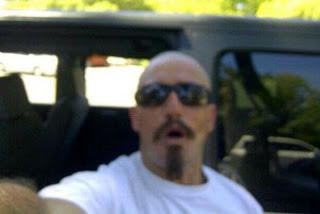 Photo: Maxfield had been using meth in the lead up to the fateful night. (Facebook)

"I just thought, you know, I could maybe help him," she said. "Settle him down and get him up to the hospital."

'Do you want life or death?'

Ms Holmes said Maxfield became obsessed with finding a "package" in her house, and was rifling through a bedroom when he discovered a large knife.

"My daughter came in the room and he grabbed this knife off the ground and had it above her head, saying 'subdue, subdue'," Ms Holmes said.

"And she didn't know what that means.

"It means get on your knees."

At another point in the night, Maxfield attacked Ms Holmes, grabbing her around the throat and throwing her against a wall.


"When he throttled me and squeezed my throat, that was not my friend standing in front of me anymore. That was just a bag of speed running around wanting to hurt and maim." 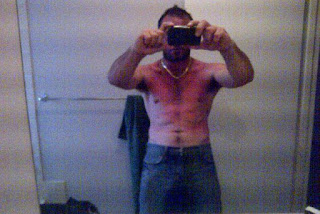 
Police were called but by the time officers arrived, Maxfield had already fled.

They found him in a nearby vacant lot out of breath and rambling and he was arrested, reportedly "with some resistance".

Ms Holmes told the ABC she begged police officers to get Maxfield to a hospital, that he was psychotic and had threatened to kill her and her daughter.

But Ms Holmes said she suspected police thought the situation was a domestic violence case, which coloured the way they dealt with Maxfield even though she repeatedly said he was not her partner.

"They just said, 'Well, when he comes back, and if you don't want to have a cup of tea with him, then I suggest you go when the courts open again [to] get yourself a domestic violence order'," Ms Holmes said.

Police took Maxfield back to Mandurah police station but less than an hour later released him from custody.

According to evidence presented in the Supreme Court during Maxfield's trial for murder, officers drove him to the Blue Bay Apartments and as he left the car he insisted on shaking their hands.

The officers drove away. Maxfield then walked inside, killed Mr Martin and attacked Ms Mason.

He was finally arrested after climbing out of the balcony of a 10th-storey apartment into the one below, where he had shut himself in the shower. 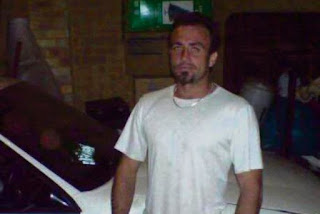 WA Police conducted an internal investigation into seven officers who dealt with Maxfield that night.

They did not address questions from the ABC about whether arresting officers were aware a handgun had been seized from Maxfield's home before they released him.

In a statement, a spokeswoman said the investigation "focused on the adequacy of inquiries conducted" at a property on Truarn Street, in Mandurah — the location where Ms Holmes was attacked.

The inquiry also looked at the circumstances leading to Maxfield being taken to the Blue Bay Apartments, where he killed Mr Martin.

"The conduct of seven officers was examined," the statement said.

"Managerial action was taken in respect of one of those officers related to events in Truarn Street."

No action was taken in response to Maxfield being taken to the wrong address by police on the night of Mr Martin's murder.

For Scott's father Jim Martin, that is not good enough. 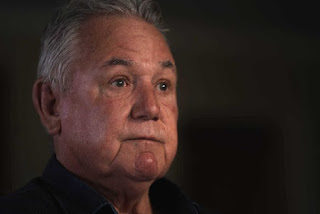 "I don't know when the Western Australian police became taxis," he said.

"A person's acting erratic … incoherent, babbling, unsteady on his feet.

"You've already gone to another house to remove this person from those premises because … (of) threatening behaviour to somebody else about a knife.

"But you can't detain him, even for his own safety, or the safety of the public?"

He has called for a full explanation of officers' actions that night, and legislative change to beef up the powers of police to refer people to mental health services. 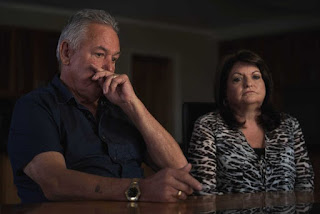 Murdoch University Associate law lecturer Lorraine Finlay said under the state's Criminal Investigation Act 2006 police can detain a suspect for a reasonable period of up to six hours. That can be extended for another six hours with permission from a senior officer.

The Protective Custody Act 2000 allows officers to detain somebody if they are intoxicated or need to be apprehended to protect the safety of others.

"I don't for a second think that police are releasing people in these situations simply because they're not giving it enough thought," Ms Finlay said.


"[But] there are real questions to be answered about why the police didn't choose to exercise their powers to keep this person in custody.

"And I think both the family of the victim and the broader community deserve to have those questions answered."

Police did not respond to questions about whether Mandurah police station was under-resourced on the night.

Local media has previously reported the station was set to lose up to 25 officers under a restructure this year.

A family robbed of their son 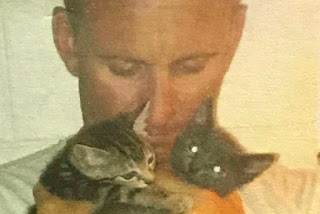 Photo: Scott's family remember him as a loving father and skilled welder who loved cycling. (Supplied)

Jim Martin remembered his son as a creative and talented welder who worked for a long time with him in his mining business.

He loved cycling and kayaking, and was always fit and active, though Jim admitted his son loved a drink and couldn't always toe the line of the strict no-drugs policy that industry required. 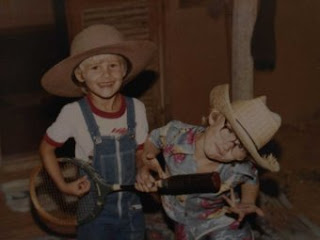 Photo: Scott Martin (right) as a child. The family spent time in the Middle East for his father's work. (Supplied: Jim and Dianne Martin)

"Scotty was very, very talented as a young boy as a tradesperson, he created a lot of respect within the industry, wherever he worked, he was very well-liked," Mr Martin said.

He said time spent on his boat with his son were some of his happiest moments.

"He was the best deckie, and loved to do what I loved doing," he said.

"He was the first up in the morning wanting to go straight out fishing, … just the two of us talking about the good old days and our travels."


Maxfield has been sentenced to life in prison for Scott Martin's murder, and will face 20 years in jail before being eligible to be considered for parole. 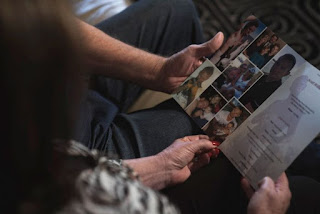