Victoria Police concealed one of their own, child rapist Robert William Gommeson 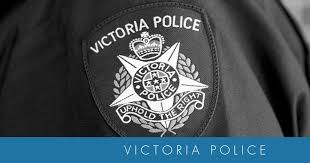 I'm going to tell you a horror story tonight—a real life nightmare—about a five-year-old girl raped, with a gun held to her head, raped almost daily by her stepfather, to the extent that when she was nine and started to bleed her grandmother took her to the doctor thinking she was starting her period early. She wasn't; she was having a miscarriage. She was nine years old. Her grandmother told her to forget about it and not tell anybody. The little girl's mother also knew about the abuse and did nothing. The rapes went on and on for years.

It gets worse, if that's possible. When she was 15 her grandfather took her to the police to report the years of abuse, and nothing happened. You see, that little girl's attacker was a Victorian policeman who worked at Hastings police station. During his 12 years in the force Victoria Police failed to act on numerous complaints against him of sexually abusing children in country Victoria. During that time in uniform, he defiled at least nine children, including three stepchildren—kids aged between five and 10—and used his uniform to snare more victims.

He asked one little boy if he wanted to see inside a police station. He took him there and raped him on a bed inside the building. A young girl dutifully went to the police station for help after losing track of her mother at a local festival. The copper told the child, 'I'll look after you'. Then he took her out the back into a divvy van and forced her to perform oral sex on him.

But it was his stepdaughter who suffered the most. She naively thought that when she started primary school in Tyabb she would be safe. As she said in the victim impact statement years later:

The first time he took me out of school during the day he informed the teacher that I had a dentist appointment. He would show up in his police uniform, police car including his police revolver. All the kids thought it was cool. All I could think about was this is not going to end well. I did not get to the dentist that day. I was taken home where I was abused, raped and threatened to be killed with his police revolver which was pointed at my head. He got off on pretending to kill me more than the sex I think, as it soon became his habit to have the gun resting on my temple. I was then made to have a shower and redress for school and I would be dropped off like a piece of meat at the front gates to walk back to the office and then on to class. This became a regular occurrence and a ritual for nearly 4 years of my primary school. I was always being picked up in the cop car or divvy van. Sometimes we would not head back to the house but to the tennis courts. No one questioned why a cop car would be there. Actually, no one questioned anything as to why I was seeing so many doctors or dentists.

One boy who was sexually abused by the policeman in 1979 told his mother, and she reported the abuse to the cop's colleagues. She was persuaded, like other parents, not to press charges. The next day the police went to the woman's house and told her 'the offender wouldn't be in the police force anymore and would be moved away'. And that's what happened. The now ex-cop went to New South Wales where he abused more children over the next four years. For those crimes he was arrested in New South Wales in 2012 and sentenced to 17 years jail, with a non-parole period of 12 years. He was then extradited to Melbourne and last year was sentenced to 19 years behind bars, with a minimum of 15.

But there is yet another aspect to this horror story. When this child rapist was sentenced, the County Court judge suppressed his name, supposedly to protect the identity of his victims, even though Bianca Hall from Fairfax formally requested it be lifted, even though three of his victims asked the court to name him because they believed more victims would come forward if they knew it was him and he was behind bars, and even though that five-year-old stepdaughter is now 45. The community deserves to know the name of this man, whose stepdaughter has accurately described as a 'monster'. With her permission, I will name him tonight. This monster, protected for years by Victoria Police, is Robert William Gommeson, now aged 67. I hope that naming him will bring some closure for some of his victims.

I will never forget the words of his stepdaughter, who said:

There were many times I prayed that I would not wake up in the morning. That somehow during the night my heart would just stop beating and all the hurt and suffering would be over. But it did not. I would hope and pray that I would not have a visitor come into my room and I would be saved from one night of terror and torture.

That girl has built an adult life for herself, and has a family of her own now. She approached me recently and asked me to name the stepfather who stole her childhood and her siblings' innocence, as well as the innocence of those other kids. That is why I have named Robert William Gommeson, commonly known as 'Bob', the ever-friendly neighbourhood cop. And I'm going to name the brave stepdaughter too—her name is Tracey May; another victim is Martin Raby—because tonight they are here in the gallery to hear publicly mentioned for the first time the name of a piece of scum who destroyed their childhood but failed in the end to ruin their rebuilt adult lives.

I say tonight: may Gommeson rot and die in jail. Tracey and Martin, I salute you. The community thanks you for your bravery and for your determination.

This site has to be one of the best In Australia, such a shame many are more concerned with their own welfare instead of looking out and caring for others, a community who cant or wont protect it's children will surely not end well. Government paedophile Networks are growing stronger the people are growing weaker, and turning into parasites just like the Government , and to think we sacrificed over 500,000 litres of blood for our freedom and safety . Thankyou.

This literally made me feel ill, a child should always be able to trust a police officer to protect them. Shame on the people who covered up his crimes.

Good on you Derryn, those poor people what terrible suffering. Hope the dirty pig gets hurt everyday in jail.

You are doing a great job Derryn Thanks.

I agree. Capital (&Corporal) punishment should definitely be re-introduced. With DNA testing and Forensic Science, proof, beyond a reasonable doubt, is possible! Murderers and Rapists should not be walking on this Earth with the rest of humanity. (An eye for an eye, a tooth for a tooth!)

Justice has finally been served. May the innocent victims in this disgusting experience sleep peacefully tonight.

The doctor who treated the 9 year old girl for miscarriage should be charged. Where is the duty of care? I too believe in the death penalty for child rapists.

A sickening story, but I find it hard to comprehend a paedophile holding a gun to a 5 year olds head, though I fully believe there are perverse and sickening things going on amongst the "elite",