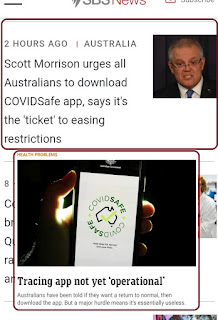 The people within the Australian Government have put a huge emphasis on the plebs to purchase* their COVID-19 app.

The government has even used bribe tactics, saying that “If you want to go to the pub, download the COVID-19 app”

Even though their own legislation states quite the opposite, Section 9 “Coercing the use of COVIDSafe” in illustration: 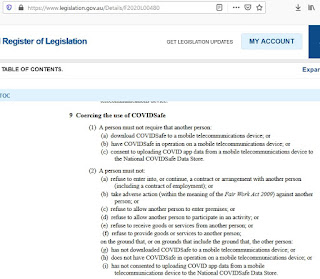 How can you trust the government with such monumental fails.

In the 'real world', e.g. the I.T industry the people responsible (in this case the ‘Australian Government’) for a failure like this would be sacked from their job, most likely never to work in the industry again, but as we know this colony is a very special place where politicians get rewarded for their incompetence.

Apparently at the time of this post, there are over 4 million downloads of the app.

* purchase – even though you download an app for zero dollars you commit to an action in business/commerce/trade, where the 'cost' of this transaction is you handing over information to the app developer (e.g. gov) which is commercialised on.

Many times they mention PERSON in that article. Do you know what the legal definition is of PERSON ?. Did you know the name on your birth certificate is not your natural name but your ARTIFICIAL name in all CAPITALS, so the state can claim ownership of that name/number to transact commercially with you?...