If there's one thing you can really bet on is that if a product is advertised on Aussie TV it's either a dodgy product in need of sales because it's really crap or government propaganda, you know like the Chinese commies.

So at the moment the Aussie TV air waves are littered with messages for the poor unsuspecting Australia consumer to purchase a NBN (National Broadband Network) plan.

It's bad enough that some customers are being forced to purchase this product once they get disconnected from their current service provider, but also the speed of this NBN disaster is analogous to internet speeds of a second world country, Turkey half a dozen years ago.

Australians as tax slaves are paying first world tax rates and getting second world service from 6 years ago.

We do not recommend the purchase of NBN services. 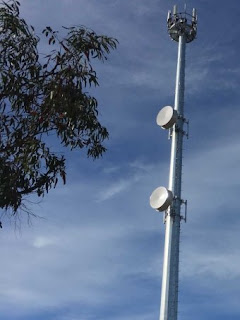 The full extent of the National Broadband Network's (NBN) congested fixed wireless network has been revealed.


Eighteen locations have been identified as delivering speeds during peak times that are less than what the average Turkish internet user enjoyed in 2012, according to historical figures from internet company Akamai.

NBN Co stated in an answer to a Senate estimates question that 25 cells across 18 towers were dropping below 3 Mbps (megabit per second) during peak times. Multiple fixed wireless cells may be located on a single tower.

"NBN is prioritising work to address congestion on these towers and many on this list are scheduled to have work completed by April 2018," the answer read.

The fixed wireless network serves about 5 per cent of homes, and relies on data being sent wirelessly to homes from towers in regional areas where NBN Co deemed it too expensive to roll out fibre optic cable.

While some fixed wireless towers are congested, the average busy-hour speed across all cells in February was 25 Mbps — approximately suitable for streaming a high-definition movie and browsing the web on another device.

However, fewer than one in two cells across the country can secure this speed, according to additional information provided in Senate estimates. 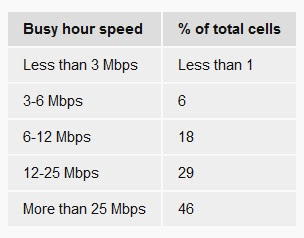 These speeds may not reflect actual speeds experienced by users. Actual speeds are affected by the speed tier purchased, available capacity, number of simultaneous users, and the bandwidth bought by the telcos.

Stephen Jones, Labor's spokesman for regional communications, said he was "concerned" about whether the fixed wireless network could handle Australians' growing appetite for downloads.

"With overall data consumption increasing by 40 per cent every 12 months and more and more customers finding themselves shifted off fixed-line services, particularly in outer metropolitan and outer regional centres, it's clear that a more proactive approach is needed across the whole network," he said.

"There is a legitimate concern that short-sighted decisions around technology are being made by NBN in an attempt to offload cost increases in its fixed-line footprint and complete the NBN rollout as quickly as possible," Mr Jones said.

"We have seen a significant spike in the amount of data being used in recent months, particularly in peak times," it reads.

"We regret any inconvenience this may cause and ask for your understanding as we perform these vital upgrades."

In areas that cannot be served either by fixed-line or fixed wireless connections, homes must connect to the NBN via satellite — a technology has also been plagued by congestion and reliability issues.

Towers with speeds dropping below 3 Mbps in peak times:

Posted by AuCorp at 1:12 AM No comments:

World War I the Cousin's War


World War I 'marketed' as the Great War or the War To End All Wars, which was a lie, as they had another one on the table. 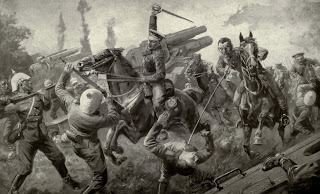 The elite send people to kill other people for the benefit of corporate interests.

Today, with easily accessible information available to most of the general population, there should be no reason for any person to sign up to a government sponsored killing program in other countries, which only benefits the people in government.

Those who do enrol are nothing more than cannon fodder to governments.

Just in case you did not know that on the 28th of April 1770, the land we call Australia today, which was already occupied by people, was claimed to be a possession of the crown in the name of King George the Third, by James Cook, Joseph Banks and Daniel Solander.

We call this action Possession Day.

Another term used is Invasion Day, which was on the 26th of January 1788, when the First Fleet arrived on this land.

This was also when martial law was officially installed on the people of this land.

Do you reckon the mainstream media will inform you of this?

Oh, and here's a meme to make it more legitimate: 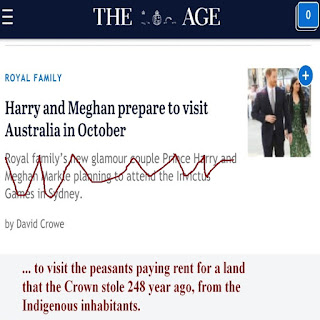