NSW Opposition Leader Barry O'Farrell has called for an urgent investigation into claims the murder of Michael McGurk may be linked to a tape with information damaging to the state government.

Mr O'Farrell on Saturday said the state's Independent Commission Against Corruption (ICAC) should act immediately following allegations the slain businessman had an audio tape containing revelations of the bribing of state and federal Labor politicians.

Mr McGurk, 45, was shot dead outside his home in Cranbrook Avenue, Cremorne, on Sydney's north shore, about 6.30pm (AEST) on Thursday.

His young son witnessed the killing.

Mr McGurk's home and office had been burgled recently, the ABC reports.

"There are serious allegations that a tape existed alleging corruption with the Rees government," Mr O'Farrell told reporters in Sydney on Saturday.

"A man has died and that's why ICAC should get off its backside and investigate this as a matter of urgency.

"ICAC shouldn't wait. It needs to be proactive... so that everyone knows exactly what went on.

"Every member of the Rees government will be on the phone to each other saying: `What the hell is this about' and that's more energy that's being wasted and not being put into fixing the state's problems."

Mr O'Farrell said a year on from election as leader, Mr Rees was making the same promises and people were seeing no progress.

"His leadership is under question.

"There is factional infighting and as a result energies are being diverted away from the problems confronting families and small businesses.

"Nathan Rees lacks authority and has the wrong priorities.

"The people of NSW need hope not another wasted year."

Posted by AuCorp at 1:02 PM No comments:


According to statistics approx. 60% of marriages break down. Affairs happen in blue collar environments and white collar workers as well. This blog is aware of names in the political arena who are involved in affairs that are NOT public. A minor detail in life.

Realistically entertainment for people who have not more more to look forward in their lives other than to watch mind numbing 'entertainment'.

Australia's economy a 'BLATANT' media lie, as the real figure of unemployment is near 9%, with an influx of 'student' Indians making up a tax free employment workforce. Government sponsored 'SLAVERY'.

An accountant sacked for sending "confrontational" emails which included words bolded, in capital letters and in red text has been compensated by a New Zealand tribunal.

Vicki Walker from Auckland was awarded $13,848 for unfair dismissal after she was sacked for sending the allegedly offensive emails.

Her employer Procare told the Employment Relations Authority that Walker — who was fired in December 2007 after two years with the company — had caused tension in the workplace by using block capitals, bold typeface and red text in her emails.

It reads: "To ensure your staff claim is processed and paid, please do follow the below checklist."

Walker has used the case to highlight the need for greater protection for white-collar workers from the "mental stresses" involved in a dispute with a big corporate employer.

"I am a single woman with a mortgage, and I had to re-mortgage my home and borrow money from my sister to make it through," she said. "They nearly ruined my life." Walker plans to lodge an appeal for further compensation.

This is the exception rather than the norm, with respect to compensation against large corporations.

It is NOT about who is right, it's about who's legal STICK is bigger.

Posted by AuCorp at 5:39 PM No comments:

AFL player Dane Swan has been accused in court of participating in a "vicious, thuggish, savage and brutal" assault on a cleaner in Melbourne's CBD during a wild night out.

The 45-year-old victim was left with fractures to his eye socket, cheekbone and nose and the beating also allegedly led to him coughing up blood and losing consciousness, the Herald-Sun reports.

CCTV footage from Federation Square shows two female occupants exiting the damaged car and the parties gathering before Carey is heard to swear the guards and say "I'll take yous all".

He is then seen grabbing guard Jesse James by the throat and strikes another guard in the face before a melee erupts, during which Mr James and Mr Celano are assaulted.

Mr Heaton told the court his client could be seen being punched and kicked by Swan, Carey and Ramsay.

He also claimed Swan can be seen running past Carey and Ramsay to punch Mr Celano as he apparently tried to get up off the ground before fleeing the scene before police arrived.

Mr Heaton told the court his client was unable to work or continue his part-time music career in a covers band, which was compounded by being refused WorkCover benefits on the grounds that the assault occurred during his meal break.

Mr Celano has sued Swan, Carey and Ramsay for damages in the County Court.

The commoners sport, not really a focus of the blog, BUT none the less an illustration of how the media idolises anyone playing for the AFL as a 'STAR'.

The reality is that these NEANDERTHALS struggle to participate in public without going on a 'rampage'.

The individuals concerned are well known to be 'losers' but in today's politically correct times are 'troubled' individuals that need counselling.

The only counselling they need is with an iron bar to the eye socket.
Posted by AuCorp at 5:28 PM No comments: 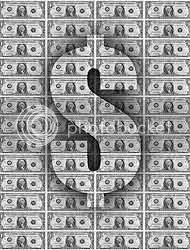 One in five of Australia's 171,318 migrants during the past financial year was sponsored by an employer.

The employer-sponsored intake - part of the skilled migration category - surged by 60 per cent to 38,026, a level higher than initial plans for 37,080 places, the government's migration program report released on Monday said.

The government introduced a critical skills list in January, which gives priority to employer-sponsored skilled migration.

"A properly targeted migration program will ensure we have the right-sized and appropriately-skilled labour force to meet Australia's needs now and into the future as our economy grows and recovers," Immigration and Citizenship Minister Chris Evans said in a statement.

Australia's overall skilled migration stream made up two-thirds of the migration intake during the past financial year, with the remainder arriving through the family stream.

But the tally of 115,000 skilled migration places was cut by 14 per cent in March 2009, as fewer independent applicants were accepted.

The skilled migration intake for this financial year has been trimmed to 108,000 places.

"The migration intake in the coming year reflects the economic conditions while ensuring employers can gain access to skilled professionals in industries still experiencing skills shortages such as healthcare and engineering," Senator Evans said.

Across all permanent skilled visa categories, accountants, computing professionals and registered nurses were the most successful applicants.

The host country's workforce as a result is being driven to unemployment.

This is politics for SLAVE LABOUR which is ALSO GOVERNMENT SPONSORED.

Posted by AuCorp at 7:43 AM No comments: