It looks like the 'courts' are full of crims...

The ones behind the bar and not the 'customers'? Right?

What many a lay / uneducated person may not comprehend is that the Australian 'kangaroo' courts are NOT courts of law but rather a forum for business/trade/commerce.

What most definitely the corporate media does not report on is the miscarriage of 'justice' that occurs in the courts EVERY SINGLE DAY.

From deception and fraud carried out by the judicature to the unlawful 'star chambers' where people are imprisoned by a single person, a practice that has been outlawed since 1641.

So who's the 'magistrate' this time that has unlawfully carried out a task.

It's non other than a 'Deputy Chief Magistrate' a Mr. Robert Krishnan Ashok Kumar.

What did he do?

At a hearing in which he presided, it was witnessed that the defendant at the next hearing was to appear for a 'contest'.

Instead Mr. Kumar booked the person in for a 'hearing', which is a different kettle of fish altogether.

So, he 'erred' in law, where one could instigate a 'Judicial Review'.

Not that Kumar is going to give a stuff, as he's retiring in 3 weeks.

He and his family are going to leech of hard working taxpayers earned 'dollars' for his appalling work, an 'entitlement' earned from the Judges' Pension Act.

Apparently the 'Age of Entitlement' is over according to the corporate media.

Well not in the case of Australia's elite criminal gang.

This is the kind of behaviour that the corporate media does not report on, and probably never will.

Australia is run by a highly organised criminal syndicate.

Gino and Mark Stucco eat your hearts out! 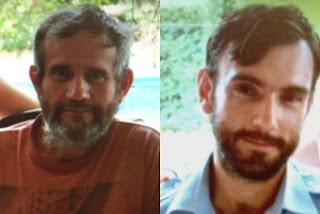