An elaborate fraud syndicate allegedly masterminded by a Sydney man has been brought down, after millions of dollars were spent using more than 1,200 fake credit cards.

Armed with the fake cards and a shopping list, a team of shoppers purchased goods, many of which were sent overseas, predominantly to South East Asia, police say.

Following a series of raids across Sydney and Melbourne, five men and a woman faced court on Thursday in connection with the syndicate.

Tony Hancock, 53, from Strathfield in Sydney's west, is facing 20 charges over the alleged syndicate including dishonestly obtaining and dealing in personal financial information, conspiracy to cheat and defraud, and knowingly dealing with the proceeds of crime.

Outside Sydney's Central Local Court on Thursday, Hancock's solicitor Mark Runmore said the charges would be "vigorously denied" along with police allegations that Hancock was the head of the syndicate.

"He's just a businessman from Macau and he's been in Australia for quite some time," Mr Runmore told reporters.

Identity information allegedly gathered by Hancock was given to Kha Weng Foong, 35, from Potts Point, who used specialised equipment to produce fake credit cards and Medicare cards which were returned to Hancock, police said in documents tendered to the court.

The cards were then distributed to "shoppers", some of whom were arrested at Chatswood on May 26, police say.

"It will be alleged that the `shoppers' were then directed as to what was to be purchased with the cards and received a percentage of the value of the items purchased with the fraudulent credit cards," police said in statement issued before the court appearance.

Foong faces 12 charges including dishonestly obtaining and dealing in personal financial information, conspiracy to cheat and defraud, and participating in a criminal group.

Each faced charges of conspiracy and dealing with the proceeds of crime.

All five men were refused bail, their matters adjourned until September 9.

However, the court was told Han will make a bail application in the same court on July 8.

In Victoria, a 28-year-old woman allegedly linked to the syndicate appeared in Melbourne Magistrates Court where police successfully applied for her extradition to Sydney.

She is due to face Sydney's Central Local Court on Friday.

During a press conference on Thursday morning, investigators said many of the goods sent overseas had been recovered, along with some of the funds netted by the alleged syndicate.

This is another CLASSIC case where the 'little' guy gets caught carrying out fraud against companies.

When companies carry out fraud against people, in the example of Henry Kaye $18m fraud charges dropped where others of influence are implicated (Lawyers, Bank Managers, Real Estate agents, etc), there is rarely ANY legal consequences.

The law in Australia supports Corporate Fraud, if you're part of the 'boys club'

Posted by AuCorp at 9:20 PM No comments:

The Australian government's officially published result for the jobless is at this point in time, is at a rate of 5.7%, a figure which is deliberately fraudulent.

One way of 'rigging' the actual figures is that if an unemployed person is:

then they are classified as NOT unemployed.

The government deliberately plays down the real amount in order NOT to alarm the general public.

Fact: Economists always use a figure of 50% more than the officially government quoted percentage,

thus the more realistic figure of unemployed people is Australia is 8.5%
Posted by AuCorp at 1:58 PM No comments:

Unemployment will rise because of changes to the job services network, the federal opposition says.

More than 250,000 unemployed people will register with new employment providers from Wednesday, following the Rudd government's $4 billion overhaul of the system.

"Unemployment will be higher ... because we will have an employment services system which will not be operating at full capacity for six months," he told ABC Television.

"The government naively went for a big bang change in employment services and a large degree of those changes were unnecessary."

The Australian gambling icon, Tattersalls was set up by George Adams which is a well known fact. and is well documented on the internet.

What is not mentioned about the free settlers (non convict origin) is that one was a member of the Freemasons lodge. Part of the Masonic protocol, is to provide for 'charities', as part of the deal belonging to 'rotary' clubs. These clubs are usually run by the 'foot soldiers' and politics at that level is kept out of the spotlight for the members.

Gambling machines are networked and ARE RIGGED to perform at a profit to the premises. This is common knowledge to the 'elite' (control room) operators.

If large sums of money are 'given' to the wrong person, then an 'error' is blamed. This is generally kept out of the media spotlight, but a few individuals have made it a point to make their case heard.

Tattslotto in its earlier incarnation was a 6 from 40 numbers game.

Since the masses were able to guess the numbers easier, the monies earned was getting less and less for the Adams family. It was then decided to make it hard for the Joe Average to obtain winnings and decrease the odds of winning by taking 6 numbers from 45.

In the earlier days there was 'government' supervision as three officials were present at each of draws. This is NOT the case in modern tattslotto.

At any point in time the pool of monies at Tattersalls is in the tens/hundereds of millions of dollars in which it is also traded at the overnight stock markets which earns HIGH profit for the company.

The CEO of Tattersalls made fraudulent transactions, which made news in the mass media. 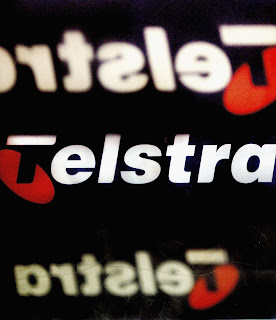 Amongst others, the easiest targets are the elderly who often fall prey to deception, fraud, and just plain street crime - robbery.

One would assume that amongst corporations the elderly are treated more fairly, but that is NOt always the case.

In a recent article in the mass media, an elderly lady had acquired a telephone bill for approx $800, which was not paid to the service provider, Telstra.

The customer had argued that the bill accrued was not the result of her use, but it fell on deaf ears.

After a certain period, Telstra enlisted the services of debt collection agency, which was done ILLEGALLY.

The customers initial bill of approx $800, has skyrocketed to over $24,000 as a result of the debt collection agency's 'costs'.

In order to recover the 'cost's' the debt collection agency then proceeded to file the household owner for bankruptcy as a result of 'non-payment'.

Telstra has ILLEGALLY passed the initial debt to the collection agency.

I was his thoroughbred

In an article in the mass media, Jackson 'bald with needle holes', the mother of two of Michael Jackson's children claims that she was his 'thoroughbred'.


One of the definitions of a thoroughbred from the online merriam-webster online dictionary is:

People who go gene shopping, look for traits that far surpass that of a commoner.

Posted by AuCorp at 5:22 PM No comments: