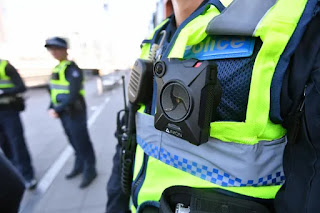 You may have heard the classic catch phrase in criminal law of "The camera does not lie" where person gets convicted as a result.
The public may even get told to (falsely) feel safe, as the police are recording their interaction with them.

Well it's all changed now as you cannot even trust the recording the police have, not that you ever would have wanted to.

It can (and most likely) will be tampered with to suit the police version of events, if it is to be relied upon in court.

As usual, the police are left to their own devices to investigate with impunity.

What the mainstream media is not telling you is that Victoria Police has been tampering with video evidence for quite some time.

See article from 10 Nov 2019 by theage.com.au of the headline:
Call for overhaul: Police can deactivate body cameras, edit footage
Victorian police officers can deactivate their body-worn cameras whenever they choose, edit the footage before court cases and limit complainants' access to images, prompting calls for a dramatic revamp of the system.

"If police are left to investigate their own, the result will be impunity."
Posted by AuCorp at 10:16 AM