Taken straight out of a comparison chart of DSL (Wired) Internet Service Providers.


From the table above Telstra provides THE most expensive internet solution at $5/Gb, whilst dodo provides the most cost effective solution at $1.2/Gb

The Optus comparison is at ADSL2 which is up to ( a theoretical maximum) 20,000Mbps.

Telstra once again offers a product of inferior specifications at a premium cost.

Where is the Telecommunications Ombudsman ?? !!

Taken straight out of a comparison chart of Wireless Internet Service Providers.

To be fair for the comparison, similar data plans have been taken.

Telstra do not offer a 6GB per month plan. Telstra charge $110 for 3Gb.

The modem costs for Telstra (250) and dodo (200) are a once off price.
The above figures have been reached, if divided by a standard 24month contract .


From the above data, Telstra provides the WORST possible plan on offer to the customer.
Such blatant is the profiteering from a monopoly

From purely as cost effective solution NO ONE in their SANE mind would choose Telstra.
Yet according to statistics, Telstra claims that PigBond is home to 2.7 million Australians, or approximately 7.7%.

NB. Good Anti-Virus and Ad/Spy software applications, together with a good
weather program that has data for approx. 20 cities can take up to 600Mb per month.

Therefore, for this practical reason the 1Gb plans cannot be considered as useful. 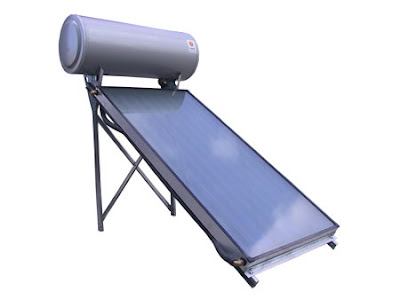 The Australian Government, on the surface, encourages the use of "Green" energy. It has counjoured up many incentives for the general populous to follow.

Currently the Federal Government has announced that it will offer a rebate of $8/watt or a maximum of $8,000. Simple mathematics will show that this equates to 1,000W maximum, from the purchase of solar electricity cells. The consumer only pays $4,000 (after GST. and rebates) for 1000W solar electricity for their home. Without the rebate, the cost would be $12,000 / per kW. This offer is only valid to the first 300 customers in each state. Clearly a number TOO LOW.

The Australian Government also claims that a Solar Hot Water Service (example in illustration) can save an approximate $300 - $700 per year from your electricity bill. Great !!!! you say.

Most Australian households have GAS HOT WATER SERVICE, and this is a standard on all new homes built.

Electric Hot water services are usually gravity fed, and are in houses that were built in the 50's and 60's. Since tanks do corrode and other items need replacing, eg. after 15-20 years average, a large proportion of these electric hot water tanks have been replaced by what was currently available in the market place, that being gas heater water systems.

Also with the installation of electric hot water service, there is an option to heat the water during the "off peak" time via a timer therefore SAVING the consumer even more.

Whilst the figure of $300 - 700 as claimed by the government 'may' be true, in certain circumstances, it is GENERALLY misleading. Statistics can and often are used to manipulate an agenda.

Current charges for electricity for the household are $0.1561 kWh (+GST) and $38 delivery/service per 3 months. 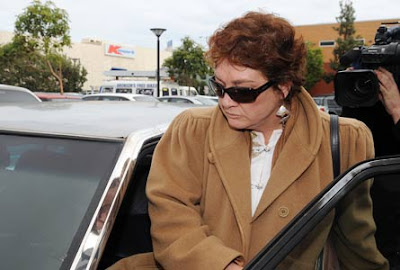 A woman who recorded Victoria's highest drink-drive reading has been handed a six month jail term.

Heather-Ann Higgins was nine times over the legal limit when she crashed her car on Stumpy Gully Road at Moorooduc, on the Mornington Peninsula, on February 15 this year.

"Drink drivers risk the lives of others in a grave way," he said.

Higgins' offending was serious enough to warrant a jail sentence, he added.

Mr Betts sentenced Higgins to six months' prison and disqualified her from driving for five years.

However, Higgins was later released on bail after she said she intended to appeal the sentence.

The appeal is scheduled to be heard in the Victorian County Court in October.

It seems like the mass media is focusing on DD (Drink Driving, or DUI as known in other parts of the world.).
Looks like in the near future some new law reforms may take place.

To speed the process up a little all that needs to be done is that a drink driver inflicts harm to a Law Makers family, because so far the accidents which cause fatalities to the general public fall on deaf ears.
Posted by AuCorp at 7:37 PM No comments:

Teflon Telstra : illegal to check up on 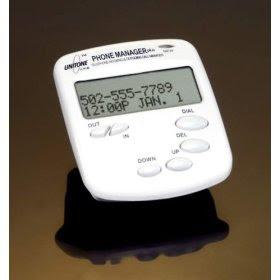 Telstra, Australia's largest telco company started of as a government institution, which later went through stages of privatisation in accordance with the policies of globalisation.

When you're a monopoly, you write your own rules. Rules to an effect that make you untouchable, as justice is NOT about the truth, but who can AFFORD it.
Telstra has a legal team of approx. 300 to oppress ANY resistance.

As technology goes forward, so do the products that make our lives easier. This holds particularly true of the IT&T industry.

Wonderful devices are made that can monitor calls with great accuracy. Such a device is illustrated in the picture, which once connected to your land line it can monitor your calls, in order to cross reference you telecommunications bill. In Australia, many years ago it was possible to buy such a device from a few major electronics retailers. This was available for a very short time, and has not been seen on the shelves since.

Most Australians are aware that the telco bills do not really reflect the real usage by the customer. To put it quite blatantly, the public is aware that the are getting "ripped-off".
In order to dispel such myths, the device pictured is illegal to connect to the Australian network.

Similarly in the mobile arena, this is also true. Most new mobile phones are equipped with call monitoring, i.e. the timing of a call, and another feature cost of call, which is deliberately disabled from the Australian exchanges.

The Australian Colony is also paying over 2 x the amount for SMS as their counterparts in mother land England. This is just ONE example of how a monopoly hurts the consumer.

A man was more than three times over the alcohol limit and driving at double the speed limit before his car struck and killed a one-year-old baby in the driveway of a Perth home, a court has been told.

Benjamin Alan Butler, 24, faces a maximum 20 years' jail after hitting and badly injuring Tania Moorby and fatally injuring her daughter Grace outside their suburban Thornlie home in April this year.

Armadale Magistrates Court was told Butler's car had been travelling at 113km/h before smashing into a car, mounting the kerb and hitting the pair, who had just returned home from shopping.

The toddler ended up on the home's front porch with extensive head injuries.

She died at the scene.

Police told the court Butler had climbed out of the window of his vehicle, lingered at the crash scene and had then started walking away before being chased and stopped by witnesses.

They said he had later recorded a blood-alcohol reading of 0.166.

Butler's lawyer on Tuesday denied he had been travelling at 113km/h in a 50km/h zone but agreed to enter a plea of guilty to dangerous driving causing death.

He did not enter a plea to other charges of dangerous driving causing bodily harm and failing to stop at the scene of a crime.

Magistrate Leighton Jones agreed to refer Butler to a higher court for sentencing, saying a prescribed three-year penalty in the magistrates court would not reflect the severity of the crime.

Butler, a tall, broad shouldered man who dressed in a suit for his court appearance, was released on bail.

He did not reply to reporters' questions as he was followed out of court.

He will be sentenced in the District Court in Perth in October.

There is ABSOLUTELY NO EXCUSES for this kind of behaviour.

The biggest problem is that the Australian Courts have admitted that, during sentencing, the right of the sentenced are only considered. This means that the rights of the victim are NEVER taken into consideration.

The Law is far too lenient with crimes of this nature. Crimes like this WOULD occur less with the introduction of more harsh penalties.