Oh by the way, regarding your speed / parking / red light camera fine

So you're the proud recipient of an "Infringement Notice" or fine with regards to a law (called an Act) concerning the use of a motor vehicle on a public road, where you (allegedly) committed a criminal offence of traveling over the speed 'limit' or parked your horseless carriage for a longer period than allowed or traveled through an intersection when you were required to stop, or any other similar matter.

Belching  out some grunts which resemble some word's not in the Queen's English dictionary, you add " I'm gonna fie rrrit"

As a result of modernising techniques used in the manufacturing process, via a period of time we now call the Industrial Revolution, many items that were not available as a result of being cost prohibitive, to the plebs, slaves and dregs of society soon became accessible to them.

So with that in mind you with your "cost affordable" computer start doing some research on this thing you call the interwebs.

You join social media groups, ask others, and download templates for a 'silver bullet' you reckon you are owed by others with regards to your actions.

You are now fully versed from Internet  "Gurus" (Note: you might have more success of a sensible answer from the Hoodoo Gurus) with regards to terms like Freeman, Sovereign Citizen, Straw man, non compos mentis, etc, where youse is gonna take it too da court, as you reckon you read it all, and now know it all.

So you start your journey to the lower administrative courts, e.g. the Magistrates' Court where you may fail to realise one 'small' detail with regards to your matter, that being a 'law' which is put into action called absolute and strict liability.

This is the law that you put in place on this land called Australia. 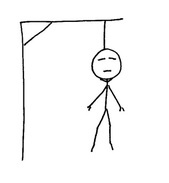 IF you would have done your 'research' thoroughly, then you would have comprehended your place and role in this constitutional monarchy (at least at one point in time).

It is through your inaction, silence, acquiescence, that someone's idea has become a law, as you did not disagree with it at any stage during the law making process, an opportunity the people in government give you. 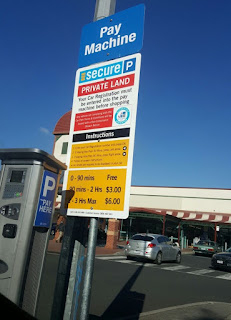 It is amazing how corporations work with blistering speed with regards to extorting cash from the general population.

Readers of the blog 'Corporate Australia' may have noted that in early May 2017 we posted an article of how the ticket machines for parking your vehicle at Woolworths on Albert St Brunswick, Victoria have been removed.

We have recently been informed that the ticket machines are back, but this time with a twist.

The claim now is that the land you park your automobile on is now "PRIVATE LAND".

Therefore if you overstay your time you will be fined... on PRIVATE LAND.

So from the 5th of May 2017 (or earlier) until about the middle of July, the land has become "PRIVATE".

We would LOVE to see the records for that transaction.

Please note that we do not condone the payment of any fine.

We do not recommend supporting Woolworths at Albert St, Brunswick for your shopping needs, where you are required to purchase a parking ticket on "PRIVATE LAND".

No legal authority to issue fines

Only the government can issue 'fines' so if a private car park describes the ticket as a 'fine' this is arguably misleading. Payment notices that are issued that look like fines may also be misleading.
See also what Legal Aid New South Wales states on this matter at;

The above paragraph is a statement from Legal Aid NEW SOUTH WALES.
http://www.legalaid.nsw.gov.au/publications/factsheets-and-resources/private-car-park-finespayment-notices

The criminal actions of lawyers? - How to test if one is really working for you 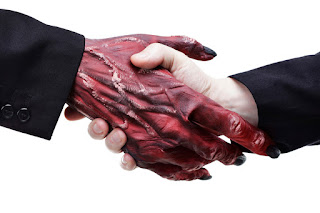 So, you received a letter in the mail from the state's honest police force, that you have been 'fined' for an offence alleged by a piece of electronic equipment commonly referred to as a speed or red light camera.

Australia's fair, impartial, and 'innocent until proven guilty' legal system does not see this matter as being a 'civil' one but rather as a criminal matter, hence it being listed under the criminal section of the daily court lists.

Since you have committed a crime, there must be a victim in the case against you.

At law, you must also have the opportunity to face your accuser.

At law, you must also have a sworn statement from your accuser against you (or rather your 'person').

Since you know these basic fundamentals of law in the democratic, fair, just and honourable legal system of Australia, and you are fully aware that you did not commit any criminal office you decide to hire a lawyer in your matter.

It's not a matter that you should 'just pay' the fine as it's only a couple of hundred dollars whereas a lawyer on the day may cost you anything between $800 - $1200, plus your valuable time away from earning cash, it is a matter of principle that you did not commit any 'criminal' actions.

So while talking to your lawyer about your fine, they are thinking which chateau their spoilt little brats will be staying at in France from the funds obtained from your matter.

One question you could ask the honest lawyer would be what 'Act' are you being charged under.

If in Victoria, you could be greeted with a response resembling the Infringements Act of 2006 or the Road Safety Act from 1986.

What you may want to do is ask the lawyer to check whether that 'Act' is in force lawfully.

IF your lawyer would be really working for you, there would be paperwork presented to you with the evidence that the (e.g.) Road Safety Act 1986 has not been enacted lawfully, therefore an invalid Act.

The above example is not your only resolution to the above related matter, as there are many other points of law not discussed in this post.

should you choose to further research other points of law consider the following;

There are many other points not mentioned here which you can put before a court of competent jurisdiction.

NOTE: DO NOT rely on official 'Australian Government' documentation as your only source of information.

Do your own research and obtain inquiries pertaining to your matter.