Europe vs Australia. Is it really about your health?

One of those policies in force is that of  control, monitoring and restrictions of movement of the general population, that being the serfs.

One may be excused for using that it's for health reasons.

But is it really?

In (real) civilised countries of Europe, as opposed to this colony, people are not discriminated against whether or not they have had a medical procedure (in the form of an injection) touted by governments, where they can travel (freely) upon a negative result of a test.

But the same occurs here in Australia, many will say, right?

In Australia, the authorities are using an outdated flawed test procedure namely the RT-PCR test, where the 'authorities' are in charge of the outcome being a positive or negative test result.

IF the cycle threshold is dialled in at 40 then a (false) positive test result is obtained.

The WHO recommended that the cycle threshold be between 22-35, where even at 35 the test results return a (false) positive.

The results are manipulated to suit the political and/or business agenda in play.

What's worse you as a patient or even 'consumer' of a purchase of a health service do not obtain the actual result or even the details of how the test was carried out but rather a text message of either a positive or negative test result, and not 'person' has taken this to court?

Did you (the Australian reader of this post) obtain a test result on paper that you would like to share (private detailed blanked out of course)?

In the U.S, it's health authority the CDC banned the type of test being used in Australia, but the colonial government has (deliberately) not moved on.

In Europe, the rapid antigen test is being administered where a more accurate test result is obtained in approx. 15 minutes from a non painful nor invasive test procedure, where people can go on their way at major transit hubs.

There is no 'freedom' day or even freedom of movement, but rather conditions, caveats or restrictions imposed by the fascists in control of Australia.

The Australian Government is a tyrannical dystopian one, not dissimilar to that what the people of North Korea are enduring under the guise of a so called global health situation. 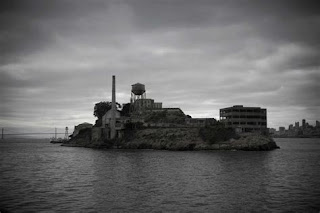 The 22nd day of October 2021 is a monumental day when Victorians or more specifically Melbournians come out of being locked up for 262 days.

It's a day that the mainstream media hails that Victorians are 'free' to go outside and enjoy their newly granted freedoms, right?

It's a day where discrimination officially was accepted into businesses with the general population's approval.

It's a day where democracy was thrown under a bus.

It's a day where medical apartheid was accepted by the majority of the Victorian population.

It's a day where Victoria's current Chief Health Officer's (Brett Sutton) directions that have zero lawful standing were put into action.

In Melbourne if you do not show a part of your private and confidential medical history to a complete stranger you are not allowed to enter their business premises to partake in a financial transaction.

What's worse is that there is no lawful instrument in action that states that a person must show a part of their medical history before engaging into a business transaction, yet the people accept this.

It seems that the people in government can quite easily con the general population into almost anything.

China is discredited by the western world for it's 'social score' system, but it has been in place in the west for many decades in a similar flavour.

Posted by AuCorp at 6:08 PM No comments: 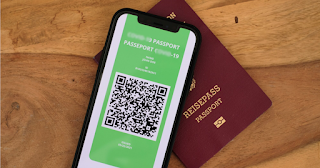 Australian governments are now starting to impose v___ination orders as the way out of lockdowns. They have decided that people who choose to not get v____nated will have their basic rights restricted, including in their freedom of movement and association.

Prime Minister Scott Morrison has indicated that the unv____nated must be treated differently to the v____nated. Announcing a “four-phase” plan, he says that “special rules” for the unv____nated will be applied.

In practice, this means that the unv____nated will have fewer freedoms to travel and to get together with their loved ones, or even to go to restaurants and attend football matches.

In Western Australia, any resident who leaves the State for New South Wales and is seeking to return “can apply to do so on compassionate grounds, subject to the following conditions … Have received at least one dose of a C0V!D-I9 vaccine…”, an August 19 Facebook post from Premier Mark McGowan reads.

Clive Palmer has recently announced that he will be launching another High Court challenge to WA’s border control policy on the grounds that it is constitutionally invalid. According to a UAP press release, he apparently argues that the actions of the WA Premier breach section 117 of the Australian Constitution according to which “[a] resident in any State, shall not be subject in any other State to any disability or discrimination which would not be equally applicable to him if he were a subject … resident in such other State.”

However, this does not appear to be the relevant provision because the WA border control policies do not involve the type of discrimination that section 117 prohibits.

“[T]he discrimination prohibited by s 117 is thus discrimination on the basis of residence of a different State”. In other words, discrimination based on residence in another Australian State would need to be established in order to prove a breach of section 117.

However, the WA authorities have determined that the vaccine requirement applies equally to non-residents and residents of the state alike, thus creating a considerable hurdle in proving a breach of section 117.

Therefore, when it comes to violating fundamental legal rights, these local authorities make no discrimination. They are “equal opportunity” providers.

Curiously, Palmer has already challenged the WA border control restrictions. Section 92 of the Constitution informs that interstate trade, commerce, and intercourse “shall be absolutely free”. However, in Palmer v Western Australia (2021), Chief Justice Kiefel and Justice Keane controversially stated that the guarantee of absolute freedom in that provision “is not really absolute” and it should “not be taken literally”.

But returning to the issue of vaccination passports, instead of relying on section 117, the relevant provision appears to be section 51(xxiiiA) of the Constitution. This section indicates that no medical treatment should be imposed on anyone without his or her informed consent.

This view is supported by the Nuremberg Code – an ethics code – relied upon during the Nazi doctors’ trials in Nuremberg in 1947. This Code has as its first principle the idea that “the voluntary consent of the human subject is absolutely essential. This means that the person involved should have legal capacity to give consent; should be so situated as to be able to exercise free power of choice, without the intervention of any element of force, fraud, deceit, duress, overreaching, or other ulterior form of constraint or coercion”.

Of course, subjecting the unv____nated citizen to travel bans violates the democratic principle of equality before the law. In Leeth v Commonwealth (1992), Justice Deane and Justice Toohey argued that the principle of equality is embedded impliedly in the Constitution. According to them, “the essential or underlying theoretical equality of all persons under the law and before the courts is and has been a fundamental and generally beneficial doctrine of the common law and a basic prescript of the administration of justice under our system of government.”

The classic definition of judicial power, from which numerous court decisions have proceeded, is found in the 1909 case of Huddart, Parker & Co Pty Ltd v Moorehead. There the nation’s first Chief Justice, Samuel Griffith, explained that the words ‘judicial power’ as used in section 71 of the Constitution mean the power of the courts to protect fundamental rights related to life, liberty or property.

Chief Justice Griffith’s definition referred to three basic elements of the judicial function: controversy; impact on individual rights; and conclusiveness of the decision. That so being, one of the primary goals of the judicial function is to protect citizens against any adverse impact on their enjoyment of fundamental legal rights, including freedom of movement and freedom of association. Indeed, in the ACT case in 1992 Justice Gaudron referred to “a free society governed in accordance with the principles of representative parliamentary democracy” as entailing “freedom of movement, freedom of association and freedom of speech”.

One would expect the present Court to acknowledge its own precedent, as well as that border restrictions on the grounds of vaccination, are a profound violation of the Australian Constitution. However, that ruling in the first Palmer case revealed that the judicial elite is unlikely to challenge the illiberal political establishment.

Be this as it may, we should have no doubt that these “v___ine passport restrictions” unconstitutionally impinge on the democratic principle of equality before the law and the free movement of Australian citizens within their own country.

Dr Augusto Zimmermann is Professor and Head of Law at Sheridan Institute of Higher Education, and Professor of Law (Adjunct) at the University of Notre Dame Australia, Sydney campus.  Dr Zimmermann was professor of constitutional law at Murdoch University from 2007 to 2017. He is also President of the Western Australian Legal Theory Association (WALTA), a former Law Reform Commissioner in WA (2012-2017), and co-editor of “Fundamental Rights in the Age of Covid-19” (Connor Court / The Western Australian Jurist, 2021).

Credits to the Spectator Australia.

Posted by AuCorp at 7:36 PM No comments:

CONSUMER WARNING: DO NOT 'QR code' for supermarket payments. 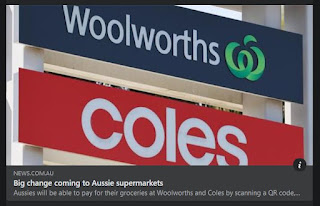 Supermarkets are going to be offering another method of payment, that being via a 'QR code'.
Briefly,
QR codes are data gathering points not as secure as what is already offered via contact-less payment system with your smartphone even though it too can be compromised quite easily.
This is another ploy for corporations (Coles, Woolworths, etc) to gather MORE information from you, integrated into one easy action.
You have no oversight or control what data will be siphoned from your phone.
Australia, being a Tier 1 data gathering point, i.e. part of the five eyes global surveillance network, has on its agenda to collect as much information from the general population as possible, where now the focus is shifted to the population supplying this data and not the government or agencies actively pursuing it, i.e. huge cost savings.
See the federal government's warning regarding the use QR codes, within the headline:-
Federal Government Agency Issues Warning About QR Codes,
within the link:
https://www.sydneycriminallawyers.com.au/blog/federal-government-agency-issues-warning-about-qr-codes/
Posted by AuCorp at 10:37 AM No comments:

Australia Has Turned Into a Dystopian Police State

Australia is part of the five eye global spy net, where is also acts illegally against its citizens, with total impunity.

It is also a colony, where 'Penal Colony Policies' apply.

It's also becoming a warrantless state.

All part of the Penal Colony Policies we live under 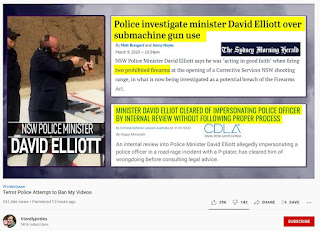 The above headline illustrates that the police force is rotten to its core.

It's been compromised a long time ago.

In reality, there is no 'separation of powers' given the fact that many are part of the 'brotherhood'.

Posted by AuCorp at 8:04 AM No comments: