The Australian Government importing muslim paedophiles to rape our girls? 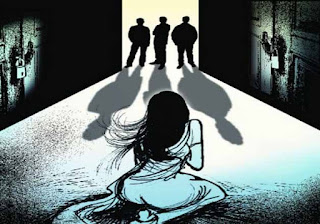 The Australian government is quick to act (within months of initial concept) with regards to laws enabling the erection of more speed cameras to raise revenue for the government, but if it comes to say laws that protect the "safety of its people", e.g deporting migrants who commit criminal offences like rape, there is little or no rustle of paperwork from parliament.

A huge problem in the Australian community is that of rape, sexual harassment and many other abusive and criminal actions against the women of this nation by migrant men.

While it may have been the normal modus operandi of raping and beating women in their own country of origin, it is against the law in Australia.

The government allegedly states that it's first job is to "look after the safety of its people" but it has deliberately lax immigration policies, which allow criminals to burn their documents, id's, passports, etc, and come into the country claiming refugee / persecution status.

As a result the government brings into the country a signification amount of people that do not have the intention to live a law abiding life but rather to commit criminal actions against the general populous, as they are easy targets and the law is (deliberately?) soft.

In Australia you can end up in prison for longer for not paying unlawful fines from a private (road toll) company, than if you would commit 'common law' crimes like murder, or rape.

The problem is more alarming than the 'authorities' have you believe.

We call it 'deliberate by design' in this penal colony.

See text only version of article from 4 Nov 2016 by blacktownsun.com.au of the headline:

Teenager escapes after being held captive for four weeks


A teenage girl was allegedly held captive for nearly a month in a home barely 100 metres from the busy intersection of Balmoral Street and Newton Road.

A teenage girl who had been held against her will at a home in Blacktown for close to a month was found running for her life along Balmoral Street on Thursday morning, a court heard on Friday.

In pursuit was a 29-year-old man who police said had raped the girl, 15, multiple times while he held her captive at a home in the busy residential street over a four-week period.

The man attempted to grab the teenager and drag her away from help before officers intervened about 1.30am.

Police arrested the man, and the girl was taken to The Children’s Hospital at Westmead for treatment. She has since been released.

The suspect, Rashadul Islam, was charged with aggravated sexual assault and common assault. He appeared before Blacktown Local Court on Friday.

Police alleged he had sex with the underage victim against her will between October 5 and November 3.

Mr Islam did not apply for bail and was formally refused. He is due to appear before Penrith Local Court on Tuesday, November 8, for a bail application with the aid of a Bengali translator.

Police said the Department of Immigration and Border Protection had been notified in relation to the incident.

A spokesperson for the department confirmed that Mr Islam was living in Australia on a temporary visa.

The spokesperson said that he risked deportation if found guilty of a criminal offence.

“All non-citizens living in the Australian community must meet the character requirements and if people are found to have engaged in criminal behaviour, action can be taken to cancel their visa,” the spokesperson said.

Police inquiries revealed that the girl had been reported missing from an out-of-home residential facility in early October.

Later that day police searched the accused’s home in Balmoral Street and seized several items, which will undergo forensic examination.

Neighbours who spoke to the Sun did not report noticing anything unusual over the past month.
Investigations are ongoing.

Posted by AuCorp at 4:45 PM No comments:

Amazon to destroy Aussie families and take all their data


Many people may not be aware that the Australian government is not about protecting the livelihood of Australian families by protecting our jobs or our job market.

The ex PM of Australia Tony Abbott stated in an interview that Australia was started off as an economic project, something that many people may have not payed attention to.

Current laws allow companies like Telstra to sack (e.g. 700) Australian workers (who need to 'work' to support their families, pay the mortgage , put food on the table and send their children to school) and employ a significantly more people from cheap overseas labour camps.

Families can and do experience all sorts of stresses and pressures including physical/emotional abuse as a result of lack of employment due to the actions of people in government.

The government apparently tells its tax slaves that that first job of a government is too "look after the safety of its people" (Bronwyn Bishop Q&A programme on ABC).

The "safety of its people" is not only from external invasion, but also from domestic threats.

The retail market is very fragile where it takes a battering from online 'stores', where it is difficult for a store to have extremely low prices compared to an online 'store' where the overheads are  significantly less, that being no store rent among other expenses.

The people who have a physical retail store need it in order to survive, to bring in cash to feed the family, pay the mortgage and also to keep the economy going.

If people do not have cash they cannot spend it to keep the wheels turning.

Another aspect people are not being made aware of is 'big data' or vast collection of your private and personal information.

The people in the Australian Government are allowing Amazon to 'destroy' Australian retail when they allow Amazon to enter the market in September 2017 with prices 30% cheaper than local stores.

But here is what you are not being told by Amazon nor the Australian Government.

Amazon wants this information from you when you log into their store from your mobile device. 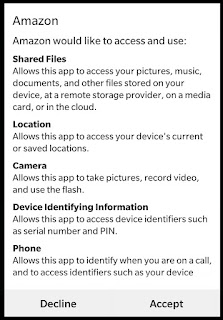 Many people were bullied (let's just put it nicely) into filling out the 2016 forms from a place of business called the Australian Bureau of Statistics (#censusfail ) where the was no lawful directive to do so.

In Simpleton's terms it's like being told you must fill out a questionnaire from McDonald's on what foods you eat, where you will get a fine if you do not do so.

So, now comes another 'scam' from the Australian Government in the form of an unlawful fine from the ATO (Australian Tax Office) if you do not return the tax forms by a certain date.

But you cannot lodge it by that date as their computers have crashed (#taxfail).

Wait! Don't tell us. Were they're run by IBM?

That same IBM that was in charge of #censusfail?

Nah, the Australian Government couldn't be THAT stupid?

P.S. Don't worry about the ATO's unlawful fine as your research would have lead you to the fact the ATO is not a lawful entity, from legal and court submitted documentation as opposed to 'conspiracy theories'. 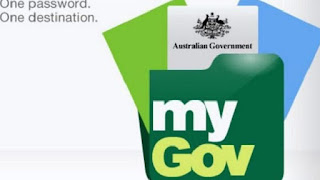 The tax return deadline has been pushed back after MyGov website failed yesterday.

THOSE scrambling to lodge last financial year’s tax return will have an extra day before the deadline after technical issues with the MyGov website caused people to be locked out of the online platform.
As people rushed to file their tax return at the eleventh hour, a number of users were unable to access proper functionality on the website with people reporting they were unable to log on.

Services run by the Department of Human Services, including myGov, were “affected by a short 10 minute disruption” on Monday afternoon, general manager Hank Jongen said in a statement.

“After which services were restored. We apologise to any customers who were inconvenienced,” he said.

Although the disruption was relatively mild, a number of Australians took to social media to complain about the issue, not knowing when it would be resolved.

Complaints of the website glitch first began popping up in mid afternoon.

The Australian Tax Office Twitter account responded to a number of complaints on the social media late yesterday afternoon and advised a number of users that the site was back up and running at around 6pm.

Tax returns lodged after the October 31 deadline can face possible late lodgement penalties ranging from about $360 to $900, although there is no guarantee late lodgements will incur the fine.

However the Australian Taxation Office says the deadline will be pushed back until the end of Tuesday, allowing anyone potentially inconvenienced by yesterday’s disruption to file their return today.

“People don’t need to worry, penalties won’t apply for anyone who lodges their tax return tomorrow,” a spokeswoman said in a statement on Monday night.

Posted by AuCorp at 7:32 AM No comments:

This is just a reminder to anyone who is dealing with Victoria Police. 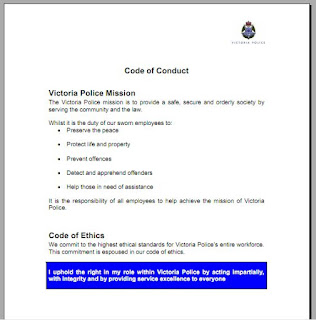 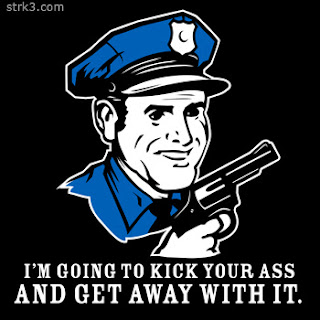 Many people question who the police actually work for.

Why they are keepers of the 'Queen's peace' of course silly!

Here is one from the archives of the headline:

The BDS and Victoria Police

Posted by AuCorp at 1:04 AM No comments:

Does Victoria Police really care about their oath of office?

MANY a lay person is not familiar with the criminal offences employees of a corporation (since December 2013) called Victoria Police commit every day.

One of those offences is a 'random' licence check.

A licence you say?

But aren't Victoria Police supposed to swear an oath to Queen Elizabeth?

The U.K. Monarch (Her Most Excellent Majesty Queen Elizabeth II) or the unlawful statute (some schmuck) Queen of Australia?

It gets even better.

It 'seems' that Victoria Police do not give a sh!t about the oath of office, as depicted by Colin Greenland from Nunawading (Battlefield / ceremonial ground in Aboriginal) Highway Patrol, as heard in recorded link:


NOTE: We recommend ALL interaction with police to be recorded covertly or 'in your face'.

Posted by AuCorp at 7:55 PM No comments: