Judge supports drink driving with get out of jail free card?

The Australian 'authorities' (you know, the people actually in government and not the masses according to the Constitution) are full of sayings.

"Nothing to hide nothing to fear", right?
(Please note this does NOT apply to the people in government, as many of their documents are sealed never to be released to the public).

How about "Do the crime do the time"?

Unless you've been a 'free man' traveler in the Australian outback, where the mainstream media radio waves cannot reach your television or radio, you would know that the authorities advertise that drink driving is not acceptable behaviour. 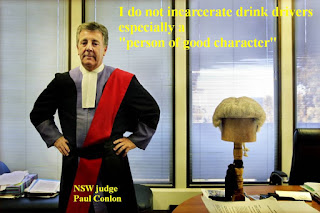 Paul Conlon (pictured above) reckons that if you're a "person of good character", where you've been sentenced before to a 6 months prison term for drink driving, he will get you out of gaol (proper Australian term for "jail').

Apparently a Brazilian national Arthur Rohsig (pictured centre) was drink driving in Australia, where he accumulated 36 demerit points and his blew a breath test reading of 0.172. 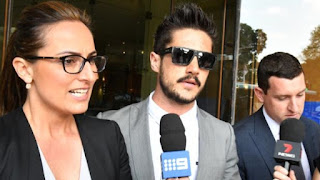 The police have stated that he had “no regard for Australian law” and was “a danger to himself and others”, but (naturally) the police were unable to revoke his Brazilian licence.

As a result of his 'crime' he was sentenced in July to serve six months in the slammer but good ol' Paul Conlon got him out.

As a consolation prize though drink driver Arthur will be apparently deported.

So the message is loud and clear from (judge) Paul Conlon, if you want to drink drive and your a "person of good character" (whatever that means) he'll let you off the hook.

With all the racket about the YES or NO 'vote' on Same Sex Marriage, many people have lost focus on the documentation that is provided to them.

First of all it is NOT a 'vote' but rather an indication whether you support homosexuals marrying.

Secondly it goes to a business called the Australian Bureau of Statistics, which will then SELL your data to whoever wants those 'statistics'. 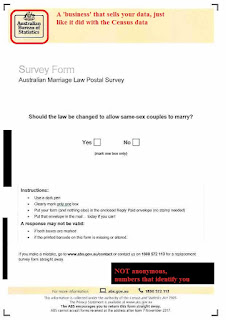 You have been fooled into 'voting' where you are conducting an action in business / commerce / trade, albeit for free, and for profit to the ABS.

Posted by AuCorp at 6:55 PM No comments:

The slogan for the Herald Sun publication on the front of the newspaper is "We're for Victoria".

So what any average Joe would maybe comprehend from that statement is that the Herald Sun 'supports' the people (?) of Victoria?

This does not necessarily seem to be the case.

Does the HS seem to publish the stories that the 'herd population' are supposed to know to in order to keep them docile and distracted?

Another publication 'curates' stories for its subscribers, with a liberal left wing bias rather than the 'truth' irrespective of its perceived political slant.

A post on social media showed how the Fairfax publication The Age stated that a rape was committed by an ex Victorian Police man on a five year old child, while in the next paragraph it was stated that she was raped by an employed Victorian police officer.

So, let's have a look at what the Herald Sun publication did not publish in their online comments 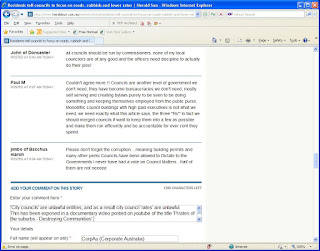 Posted by AuCorp at 1:28 PM No comments: 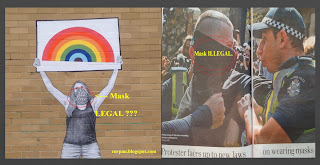 You know they saying....

So, surely with the application of simple mathematics, the good peeps should be able to comment at least a couple (non married, of course, ESPECIALLY with the amendment to the Marriage Act of 1961) of thousand words....