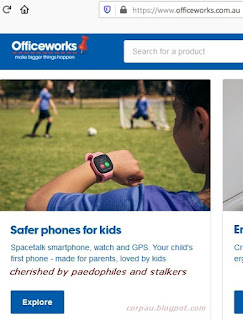 In this day and age of internet connected appliances, so called privacy has been thrown out the window, where many of these devices haemorrhage your private, personal or confidential information.

In the colony we call Australia, governments (state and federal) are very slow to enact law to protect their tax slave population in this digital world, where conversely they expedite law that punishes or generates revenue from fines and alike.

A new wave of data collection devices have hit the shores of this colony called wearables in this case smart watches and fitness bands, where they bleed data all over the place and one does not have to be tech savvy to mop it up.

Germany has recognised the threat this poses to its children, where as a result their sale has an outright ban. 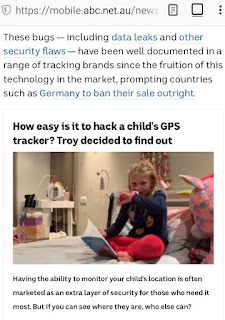 Not so in this colony.

When a court orders the release of a child into the hands of a paedophile, or a paedophile is released into the community next to a primary school, what hope do the children (of corporate fodder) have of the law of ‘protecting’ them against online predators?

The actions and policies of the colonialists in office on this land are deliberately ‘behind the eight ball’ on a global scale, much to the detriment of the inhabitants.

Coles, Woolworths and Aldi back wider use of welfare cash controls


Supermarket giants, banks and fintechs are backing changes that pave the way for a much wider roll out of the federal government's cashless debit card.

Coles, Woolworths and Aldi co-operated on a report recommending measures to make the card more accessible for both welfare and non-welfare recipients.


The report is sitting with the government as it seeks crossbench and Labor support to extend the card trial, which to date has been limited to welfare recipients in two regional areas with big Aboriginal populations.

Co-authored by the supermarkets, PayPal, EFTPOS, the Commonwealth Bank, Indue, Andrew Forrest's Minderoo Foundation and others, it urges the government to adopt the latest technology to improve the card and increase its effectiveness in reducing gambling and alcohol and drug abuse.
The recommendations include creating a simple opt-in mechanism for non-welfare recipients and creating a central white-label platform so multiple financial institutions can distribute the card. 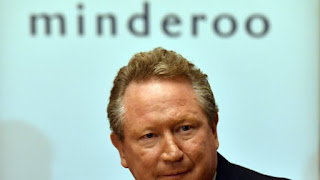 Another key change would see supermarkets apply technology to vet restricted purchases such as alcohol and gift cards at the point of sale.

The report said circumvention issues needed to be resolved before the card program could be extended to a larger number of communities.

Independent analysis shows the card has had some success in reducing gambling and substance abuse in Ceduna in South Australia and the East Kimberley in Western Australia where about 80 per cent of card users are Indigenous.

In the next two sites earmarked for the trial – the Goldfields in WA and the Bundaberg-Hervey Bay region in Queensland – most of card recipients will be non-Indigenous.

A Department of Social Security spokesman said it was anticipated that 86 per cent of those issued with a card in Bundaberg-Hervey Bay would be non-Indigenous, as would about 56 per cent in the Goldfields.

It is understood the report grew out of a conversation between Commonwealth Bank boss Ian Narev and Mr Forrest, who provided the catalyst for the card trial. They saw potential for co-operation between financial institutions, fintechs and retailers to improve the card.

Minderoo Foundation special adviser Bruce Mansfield said that as the card was rolled out to more sites it was important to have a ubiquitous product offering available from all financial institutions.

"The government of course would like to make it easier for anyone who wishes to use the cashless debit card, or is required to use it under whatever welfare arrangement is put in place," he said.

"We think it is important they can go to multiple financial institutions, or the bank or building society they already use."

Other recommendations target improvements in data recording and analytics that would allow the government to track spending patterns.

Mr Mansfield, a former senior executive with Visa and EFTPOS, said the report had received a warm response from the government.

"The type of technology that we support implementing is exactly the same as what the vast majority of Australians have embraced over the past five to 10 years, contactless technology, contact chip technology, mobile technology," he said.

"The only thing different about the cashless debit card is the limiting and prohibition of certain products."