How many 'genders' are there according to the law?

In this apparently gender fluid world we live in today,
many people have lost their way.

Some get married to a train,
while others to themselves they inflict pain.

They make an alphabet soup of their sex,
where in reality they should just take a Bex. 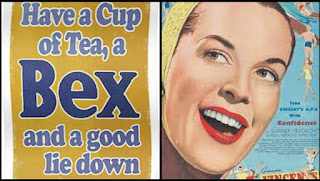 It doesn't matter if you're a whore,
According to [Victorian] law,

You're either a female or a male,
So shut up, sit down and drink another ale.

Posted by AuCorp at 8:56 PM No comments: