Victoria Police are committing criminal activities against Melbourne drivers every single day and they're getting away with literally 'highway robbery'.

So how does one deal with the situation?

It's that easy right?

One aspect that some people may overlook is that fines are literally unlawful, unless before a 'court' (of competent jurisdiction), where that also presents some difficulties for those in charge of this so called court.

The 'problem' is that you have to call it, i.e. comprehend the proper due process of lawfully enacted laws and document the (many) points of failure along the way.

One 'law' that is being relied upon with regards to your 'fine' is the unlawfully enacted Melbourne City Link Act 1995. All you have to do is prove it, that's all, along with the other 'failures' of government along the way.

Other laws you may want to refer to could be;

just to name a few as there are plenty more depending how thoroughly you wish to expose the corruption and fraud of the people in 'government'.

You have already been 'fined' once, and then you are the proud recipient of another 'harsh and unreasonable penalty' on the second and third day for an alleged offence that occurred once.

For those who are familiar with the correct due process of law, there are many other aspects (deliberately) omitted in this post, as this post is not designed to provide a complete solution to the fraud that Victoria Police are committing together with Transurban and other agencies along the way including but not limited to;

- CCV (Civic Compliance Victoria),
- DoJ&R (Department of Justice and Regulation),
- Magistrates' Court of Victoria,
- Sheriff's Office Victoria (or whatever other name / logo they go by in whichever year),
- Supreme Court of Victoria.

EVERY SINGLE (alleged) 'fine' MUST BE CONTESTED !

Will YOU let them get away with criminal activity against your 'person' ???
Posted by AuCorp at 2:49 PM No comments:


The bane of Australia's information and communications technology is Telstra.

A private company which is in charge of the Australian peoples communication infrastructure.

Why is it the "Australian peoples"?

Because the people payed for it (via their taxes), where it was unlawfully taken over by the private sector, but that is another matter for a dozen posts or so.

Telstra has stifled competition, by not allowing other companies to access the infrastructure already payed for by the Australian people.

An all too common 'problem' is that in 2017 in a 'new' suburb of a capital city, a household may not be able to get;

- the advertised internet speeds,
- internet from the competition, as Telstra has (deliberately) not allocated enough slots,
- any internet (landline) connection at all.

Telstra employs a 'low quality' migrant workforce which is based on a cheap (dollars per hour) cost rather than employing a (plentiful) skilled 'Australian' workforce.

Once the low quality workers stuff up the work, Telstra then gets another 'resource' to fix the problem, which comes at a cost to the customer. In effect work that did not need to be re-done if the correct resource was used in the first place.


Telstra has sacked many good workers only to replace them with cheap overseas outsourced labour, in questionable IT 'datacentres', with very low regards to privacy or customer data security.

At the end of the day, the shareholders, customers and 'mums and dads investors' pay for the incompetence of Telstra's management.

If you have been hacked as a result of Telstra's negligence we recommend you sue Telstra.


The results of these appalling business practices have been loosely touched on by the mainstream media in an article of the headline; 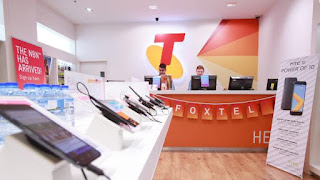 One Telstra customer had her Telstra number stolen four time and the telco’s response was futile. Picture: Claudia Baxter

WHEN Katie Fletcher had her mobile number stolen and ported to a different carrier she knew it was bad news, but she didn’t necessarily expect it would lead to her friends having thousands of dollars drained from their bank accounts.

Ms Fletcher, 30, who works in Sydney and lives on the central coast has had her Telstra number illegally ported an astonishing four times in the past 18 months.

After stealing her number, hackers were able to gain access to her e-mails and from there collect personal details of her contacts and begin hacking their accounts. She believes a huge number of her friend’s personal accounts were hacked stemming from her number being ported.

Each time her own bank account was compromised, Commonwealth Bank stopped the offender from withdrawing money but some of her friends weren’t so lucky and had up to “thirty or forty thousand dollars drained from their accounts” which took months to get back, she said.

With telcos failing to adequately defend against unauthorised porting, cyber criminals are using the simple trick to steal people’s mobile numbers and use it to burrow into their digital lives. Given that most important accounts rely on two-factor authentication, which involves receiving a text message code to log into the account, the momentary access can be all they need to cause harm.

In most instances, fraudsters simply need an account number for your mobile provider and your date of birth to move the number across and begin wreaking havoc.

Dr Terry Goldsworthy is a former detective inspector for the Queensland police who now works as an assistant professor at Bond University. He began researching the prevalence of illegal porting earlier this year but says reliable data is almost non existent.

“No one seems to be collecting the data,” he told news.com.au. At least no one who is willing to share.

Last month he delivered a talk on the topic at the International Conference on Cybercrime and Computer Forensics in which he made the suggestion that there has been a regulatory failure in Australia when it comes to dealing with the issue.

At the conference “I ran into a police source and he said they’re getting hundreds of them (porting complaints), mostly referred to them by the banks,” he said.

In April the NSW police created a phone porting category for complaints however if they do get reported to police or consumer bodies, most cases typically get filed as instances of generic fraud.

“The actual offence numbers are getting diluted,” Dr Goldworthy said. “The problem is: who are we reporting to? 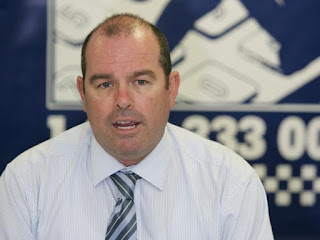 “I’m sure it’s happening more than we know.”

The issue made headlines earlier in the year when ABC journalist Tracey Holmes was the victim of unauthorised porting. She believed someone likely got hold of her mail after she moved house to get access to her Telstra account number and then managed to find her date of birth online to carry out the attack.

In June Telstra told news.com.au that it was “working to strengthen our identification and verification procedures even further” because it recognised the increased threat level because of the growing “availability of individual’s personal information on social media and other open platforms.” Telstra says it is continuing to do so, but couldn’t provide any concrete examples.

The first time it happened to Ms Fletcher was in March last year. Usually, it takes about a week for victims to get their number back. It happened to her again a year later and the third time her number was stolen, the hacker simply ported the number to a new SIM card on a Telstra account.

At one point, a Telstra employee called the number and someone else picked up, Ms Fletcher said.
“By the fourth time they just wouldn’t help me, they (Telstra) were useless.”

Contrary to what many disgruntled customers claim about the reality on the ground, Telstra says its porting processes are identical for pre-paid and post-paid services and comply with industry regulations.

But a number of affected customers who spoke to news.com.au have called on the telcos to ensure staff actually carry out the proper checks when porting numbers to make sure the correct procedure is followed and the number belongs to the person porting it.

“They all talk in generics, but what are they actually gonna do?” Dr Goldworthy said of industry assertions that it is addressing the problem.

In the case of Ms Fletcher, not much.

“Telstra’s advice was to just go somewhere else because we can’t stop it from happening,” she said.

Unsurprisingly, she has since switched carriers.

Posted by AuCorp at 3:48 PM No comments:

In Australian politics any criminal can become an MP

Australia is truly a politically unique country / continent of this inhabited planet.

A penal colony of the British Empire, where its constitution allows the slave population to have ultimate authority over the people in parliament, where the slaves have chosen not to assert this 'authority', and sit on the couch with beer in hand watching ' da fooody'.

It's also a place where there is a [deliberate by design] sad state of affairs with regards to politics, where (any?) criminal can become a Member of Parliament.

The fact that Roberta Williams (a convicted criminal) has made an announcement that she has the desire to enter politics, and the fact that they will allow her to enter, is proof that literally any criminal can run this country. 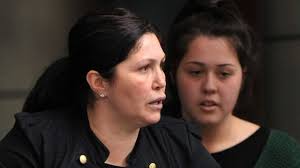 Your best 'assumption' about Australian politicians is that they are criminals first (you know guilty until proven innocent) and work your way up from there.


Here is a report of the title;

on how the administration of a colony of the United Kingdom called Australia are dealing with the  unruly slave population by taking away their fundamental legal rights such as;