The people in governance have been feral since the colonisation of this land.

That's why the imperial government brought in the Colonial Laws Validity Act in 1865, but then again every Australian should know that, right?

This is what they're up to today, 'encouraging death threats'.

One law for the tax slaves, another for the 'untouchables'.

Posted by AuCorp at 2:43 PM No comments:

It seems that 'civilians' cannot trust the judiciary arm of government to do its job honestly.

Victoria Police have been internally caught out falsifying over 258,000 breath tests.

So, Victoria Police stated on paper that over 258,000 breath tests occurred when in actual fact they did not.

It is not a matter of only 1.5% or a period of however many years, it's a matter of an 'unreliable witness' or deceptive conduct by police.

How do you know that your breath test reading was not falsified in order to meet quotas?

How do you know that your fine, as a result of alleged speed traveled, was not falsified in order to meet quotas?

How do you know that any court action against police has not been falsified and corroborated  by police?

We do not recommend any fine from the police to be paid, but rather challenged in court, as this is your fundamental right.

The so called consequences are little to none and realistically mean nothing to the general population.

See article from 30 May 2018 by thecourier.com.au of the headline: 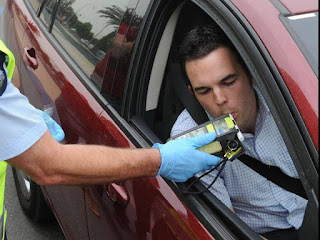 Claims officers were cheating the tests, by placing a finger over the straw entry hole or blowing into the straw themselves, were first reported late last year, Victoria Police said in a statement on Thursday.

"The investigation, which analysed over five years of data, 1500 preliminary breath test devices and more than 17.7 million tests, disappointingly found 258,463 PBTs or 1.5 per cent of all tests had been falsified," Assistant Commissioner Russell Barrett said.

"I had not heard of our members engaging in such a practice, we let ourselves down, we've let the community down. It stops now."

An external investigator will now be brought in to reveal why the duping happened, but Mr Barrett said the main rationale could be to "hide or highlight productivity".

The main culprits were general duties and highway patrol officers, with some rural areas over-represented.

"Whatever reason our workforce may come up with, it's unacceptable," he said.

There is no evidence at this stage to suggest fraud or any criminality had occurred, or prosecutions were risked, Mr Barrett said.

Statisticians had to look at complex algorithms together with considerations on the length of time it would take to administer one test and a succession of tests.

The external investigator will also look at underlying cultural and behavioural issues, supervision and management practices that let the fake tests go unchecked, and aggravating circumstances that may need further investigation.

Victoria Police is in discussions with the Independent Broad-based Anti-corruption Commission about the discovery.

Posted by AuCorp at 8:38 AM No comments: 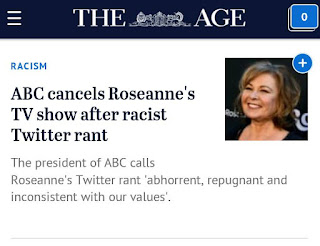 Roseanne Barr is another piece of trash made famous by Hollywood.

Her rebooted show is something that Australians really do not need to waste their precious time on, but rather instead reading a good book, like the "Quick and Garran" (Commentaries on the Constitution of the Commonwealth of Australia by Sirs John Quick and Robert Garran).

Posted by AuCorp at 9:27 AM No comments:

Documentation regarding Adelaide Bank is as follows: