Centrelink will rip off millions of welfare recipients INDUE time

In this legal waste land / penal colony of the British empire called Australia, the corporation conglomerate called the 'authorities' are literally doing as they please with their slave population where the slaves are quite happy with an oppressive corporate fascist regime.

It has come to our attention that the LNP (Liberal National Party) will be making a deal with business called Centrelink (ABN 29 468 422 437) which is (unlawfully) in charge of handling government payments to welfare recipients.

From what we comprehend this will be done via 'plastic' called indue. 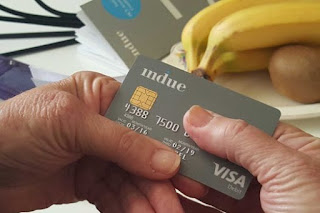 It seems that the infrastructure has already been established with the registration of INDUE LTD (ABN 97 087 822 464) and other 'shelf' companies as seen in the ABN search screen capture below: 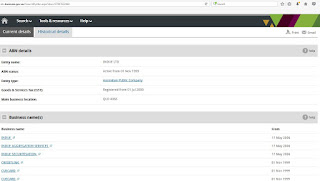 Will YOU agree to having your cash taken away from you?

If you (the man / woman) are an elector then your 'person' has the right to send a 'my will' letter to your local MP stating that you do not agree to this card and to raise this in parliament.

If you think that you are a 'free man' (and on welfare) then you can argue that all these 'laws' do not apply to you AFTER the cash has been taken from you and the card delivered to you in YOUR 'persons' name...

Remember if you take no action it is seen as acquiescence, then;

They: Win
You: Lose (your cash)

Note: Political parties, under the 'Constitution' are a "no no".
Posted by AuCorp at 8:26 PM 2 comments:

A 'newspaper' is supposed to inform people what's going on right?

If there are changes in/at law, it informs the 'masses' right?

If there are significant changes that can affect the life of the plebs, then the paper informs (read Law Notices).

Well in the case of the ATO (Australian Tax Office) is seems that the Fairfax publication is inciting / deceiving people into  business/commerce/trade with a  non lawfully entity.

It seems that the publication is deceiving the herd.

The below average 'Joe' would have maybe heard of the term 'court reporters' that being people employed by newspaper publications who sit in court and report on matters (of national?) interest.

Not too long ago, a newspaper publication stated that a man in Victoria 'tried' to serve an invoice to a magistrate, where upon carrying out further independent inquiries it was found out that the person served a notice where the notice was in the hands of the magistrate.

In the commoner's comprehension of words, if someone would ask a question along the lines of:
"Did your slingshot contraption get you to the moon?", where the response is
"I tried",
then it is automatically comprehended that the attempt was a failure.

In Australia's highest court of the land, a business (ABN: 69 445 188 986) at the top of the court ladder named funnily High Court of Australia, in the year of 'Our Lord' 2000 there was a pivotal case regarding the lawfulness of a business in charge of collecting tax office named the Australian Tax Office called Moeliker v Chapman, where the paperwork stated that the ATO is NOT a legal entity.

To make things even worse (for the plebs) the 'authorities' have removed reference to the case, where this was not reported by the mainstream media.

In recent events (from late 2016) it is of paramount importance that the Australian people be aware that Western Australia's senator Rodney Culleton has exposed the corruption of people sitting in the High Court of Australia, and also in government, specifically not in line with a law  they are supposed to follow, namely a document called the Commonwealth of Australia Constitution Act.

See what 'The Age' writes about the ATO: 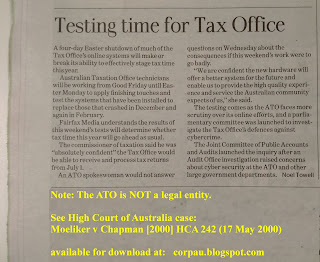 You can download the Moeliker v Chapman transcript contained within this link:

Would the Fairfax publication care to inform the people of the Moeliker v Chapman case about the ATO ??? !!! ??? 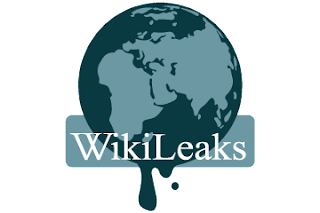 Here are the files from the WikiLeaks archive on the CIA's hacking with regards to:

Posted by AuCorp at 5:05 PM No comments:

So what are the colonialist rebels up to in the British penal colony called Australia? 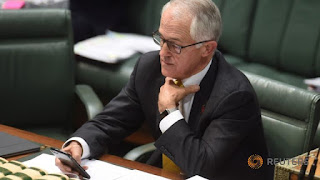 For one, at law, they've detached themselves from the motherland (the United Kingdom) and decided to make up laws without something called due process thereby committing treachery (a life in prison sentence) with regards to Australia's founding legal document called the Commonwealth of Australia Constitution Act or more commonly referred to as 'The Constitution' for short, but that's beyond the scope of this post.

The focus on is on security of communications with regards to their work, that being governing the plebs of this land.

There are a few companies whose name is synonymous with security and encryption where BlackBerry comes to mind with regards to email and secure profiles disassociating work from personal data / information on the device.

In 2016, the DoJ (Department of Justice) had a communications breakdown where staff were unable to communicate via the 'secure' internal email system.

The staff then decided to flaunt security policies and transfer legal, sensitive and confidential documents via external public (read not so secure) email systems the likes Hotmail, etc.

As a result of this action, they did not lose their job but rather were the proud recipients of a 'please don't do it again' chat and not even a warning.

Roll back the clock a couple of years where the government had a secure communications I.T. policy which implemented the services of the Canadian company, BlackBerry.

In the real (corporate, business, taxpaying slave) world when a business has a policy or procedure for keeping company and client data secured where if this policy is breached by an employee the threat of one's employment being terminated is very real.

Not so in 'government' circles.

No government employee got the 'sack' for exposing client data over the not so secure medium called the internet.

It did not take long for MP's to 'rebel' and 'complain' that the BlackBerry phone they were issued for work purposes was "too restrictive" as the MP's were not able to visit social media sites and use other apps during work time (read at the expense of taxpayers).

Once again in the 'real world' many companies employ the policy where if one is using company resources for private use, (e.g. private email on work computers / work time) the company has every legal right to terminate that person's employment.

Not so in 'government' circles.

A simple analogy could be:

The spoilt children cracked a 'hissy fit' that they could not play on their phones during class time, so they told the teacher to get stuffed and went straight to the principal and told the principal to hand out iPhones.

On the flip side, 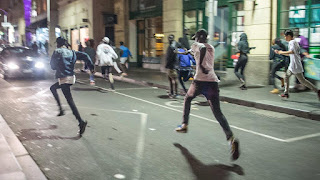 in Victoria, the migrant youth from Africa is on an escalating crime spree growing exponentially over the last three years, where violent home invasions result in people being crippled for life, or in the example of a pregnant mother being kicked in the stomach repeatedly resulting in a miscarriage as a result of violence inflected upon her,

the MP's do NOTHING to change the laws that are for "peace, order and good government".

So, (officially) the people in 'government' are being employed (by the masses) to do a job, that being to represent the people to make laws for 'peace order and good government'.

So what are YOU going to do with this failure of governance with regards to:

·         YOUR private, personal or confidential data being shared over unsecured medium, or
·         NO action regarding incarceration or deportation of violent imported criminals that destroy families.

This country is truly run as a penal colony by law makers sitting in their ivory towers, immune from society's woes making laws purely for the benefit of themselves, their 'brotherhood' and their corporate brethren.

Since the people take NO ACTION it sends a clear message to the governing bodies that the people are quite content with the 'government's' decision to import migrant trash which later beats the people senseless AND gets away with it.