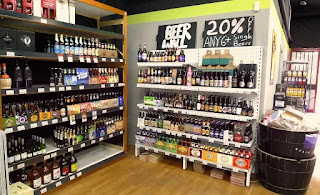 Apparently according the Victorian government it’s all about road safety.

They have quotas catch you for ‘speeding’ because you could kill someone, but you didn’t.

They say that ‘cameras save lives’, but not one single camera has saved a life, ever!

So now in Victoria during something called a stage 4 lock down, only businesses the people in government deem ‘essential’ are to remain open for trading purposes.

Food and medical suppliers are essential businesses which the government allowed to stay open.

According to the government bottle shops are also deemed ‘essential’ as they are allowed to stay open, but essential for who?

Alcohol is a depressant, a drug that causes harm to the individual and the community, and the good thing about it, for those in government, is that during good and bad times people consume more alcohol, feeding large amounts of tax dollars to those in government.

So, that’s essential for the serfs to consume alcohol during lock down?

What about road safety?

Drivers also need to service their vehicles, where one of many important items is the vehicle’s brakes, but since this stage of lock down being in force, they are unable to have the vehicle serviced by their mechanic, as the premises must be closed for business according to the government.

So, what happens if you get pulled up by the cops and as a result they give you an unroadworthy certificate, whose fault is that?

What happens when you’re driving and as a result of your brakes failing a member of the general population gets killed?

The police will call that mother/father/son/daughter just another statistic.

Whose fault will that be?

What happens when you’re driving and as a result of your brakes failing a member of the police force gets killed?

The police will charge you with every possible charge they could think of, and the whole state’s force will stop and ‘honour’ the dead officer.

Whose fault will that be?