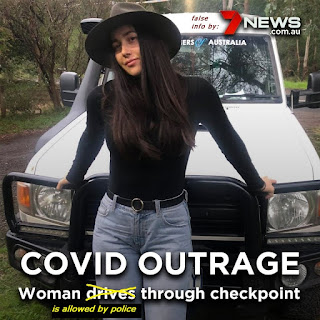 Doxed by the mainstream media.

They're all the elements that you've done something right?

How about: "Woman in Australia appears to drive straight through COVID-19 checkpoint".

Like ploughed through a barricade, not following police directions, where women and children were seen running and heard screaming?

Let's take a closer look at what happened, with reference to legal documents as compiled by an official legal source.

So from the moment Ms. Black interacted with the police officer, she was not belligerent nor disrespectful to the police.

Towards the end of the interaction with police:

Eve: "Have I committed a crime?"

Ms Black was then waved by police to move on.

She followed a police directive, to keep travelling.

She did NOT: " drive straight through COVID-19 checkpoint" as stated by The Telegraph. 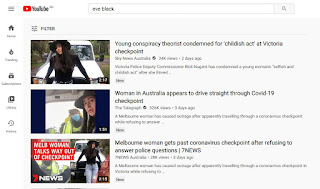 NOW, let's get onto the 'conspiracy' stuff:

Did she have to answer ANY questions by police? 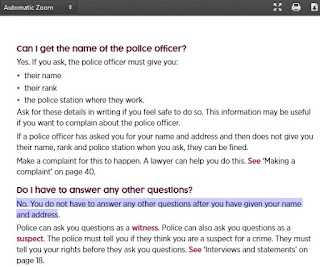 The above screen capture was compiled by LEGAL AID VICTORIA of the title:
Police powers: Your rights in Victoria, put together in August of 2019.

Time to take out a lawsuit against mainstream media?