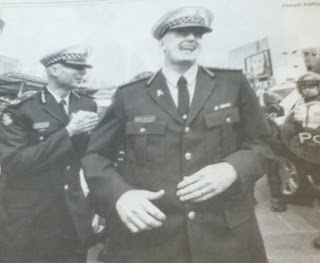 Another lie perpetuated from a source that has been caught out lying before, i.e. the Victorian Police. Their head of operations Simon Overland, states that there is no problems within the force, where clearly it is known otherwise.

He (Overland) is seen in a mass media campaign spreading propaganda, that there are no concerns within the force, laughing off any questions into police integrity, and many other allegations against the police.

It is very doubtful that even with the help of inside information, from whistleblowers that any police will see incarceration from perverting the cause of justice, fraud, drug dealings, or any other crimes committed by police.

The politics behind this is that the government indemnifies police from prosecutions by creating falsehoods that any information presented before any courts is either inaccurate or inadmissible.

The politics of this is very clear, as if the masses have a perception that the police is actually corrupt, there ‘may’ be some sort of civil disorder.

The truth is covered up by the government with the help of the judges, and the intricate dealings the Masonic brotherhood has within the higher ranks of the society shapers.

Not one single report from the mass media goes into mentioning the effects of judgments made and the Masonic influence outside of the courtrooms.

Posted by AuCorp at 1:24 PM No comments:

In the inner south eastern suburbs of Melbourne, evidence has been brought forward that there is a multi million dollar money laundering involving realtors, buyers sellers and City council members.

In Melborune’s wealthier inner suburbs of for example Caufield, Balaclava, Elsternwick, houses that are being sold for example for $1,000,000 are being paid for with $600,000 in legitimate funds and the rest, $400,000 in black money.

This practice is well known to the Real Estate Agents in the area, and also the City Council members are being bribed in order to let these sales go unnoticed.

The origins of the black money at this point in time will not be discussed by corpau, as there are various sources where it comes from, which irrespectively whether revealed or not cannot be traced ‘officially’.

There are many repercussions of this fraudulent activity, where one is the false ‘economy’ incorrect published house prices effect, to incorrect taxes collected on the final sale price.

Realtors have already been reported by the Herald Sun newspaper to be committing fraud on a grand scale, but there has not been any court matter pertaining to their fraud.

It is very doubtful that this information of money laundering will make it to the mass media. Some people are ‘allowed’ to commit fraud / money laundering, whilst other are punished for the same deeds. 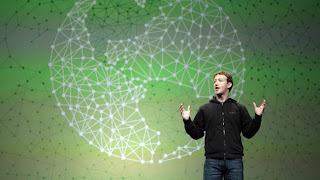 OOPS, they did it again.

The latest apology comes for a new facial recognition system called Tag Suggestions that was rolled out to users gradually and switched on by default.

"We should have been more clear with people during the roll-out process when this became available to them," the website said today.

Learn more about Tag Suggestions, and how to turn it off, here

It's neatly worded — but then again, you'd expect it be. Over the past five years, Facebook has become expert at doing whatever it wants first and apologising second.

Here are the highlights:

"We really messed this one up," the founder says in a blog post.

"We did a bad job of explaining what the new features were and an even worse job of giving you control of them."

2007: Zuckerberg issues another personal apology, this time for the controversial Beacon feature which displayed purchases users made on other websites to their friends.

"I'm not proud of the way we've handled this situation and I know we can do better," he says.

"I want to get stuff right this time," he says of new products.

"I know we've made a bunch of mistakes, but my hope at the end of this is that the service ends up in a better place.

"Our intentions are in the right place and we respond to the feedback from the people we serve."

2011: Facebook apologises for Tag Suggestions. No word from Zuckerberg himself this time, though.

"Tag Suggestions are only made to people when they add new photos to the site, and only friends are suggested," the site says.

"If for any reason someone doesn't want their name to be suggested, they can disable the feature in their Privacy Settings.

"When we announced this feature last December, we explained that we would test it, listen to feedback and iterate before rolling it out more broadly.

"We should have been more clear with people during the roll-out process when this became available to them."

Facebook says it has more than 600 million members around the world. Tag Suggestions is designed to make it easier to identify friends in photos.

In the world of programming there is no such thing as
"oops I am sorry I put that code in accidentally",
for example to capture your Wireless LAN passwords, whilst we were taking photos of your street (Google).

These moves are deliberate and a test of the technology that will be implemented in the future.

What the masses may not be aware is that the agenda is to catalogue every person possible on the planet.

This is done via private companies so that the masses will not be aware that this informatation will be available to the governments.

This is done in front of the world stage, and given the plausible excuse of 'oops where sorry' we did not mean to do this, you can turn it off.

In the western world communism is taught to be an evil, even though it is financed by the western powers.

The cataloguing of the masses is a communist practice, which may indicate the tendency of the current world governments, in order to enslave the populous.

Posted by AuCorp at 9:53 AM No comments: 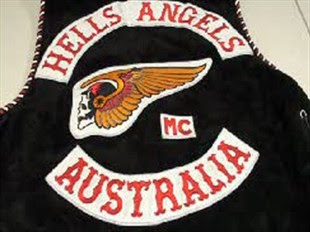 Two members of the Hells Angels bikie club have been charged with drug offences in Sydney's inner west, police say.

Police were patrolling the Petersham area on Sunday morning when they approached a 21-year-old man wearing full Hells Angels colours getting out of a car.

The car was searched and police allegedly seized a small amount of cannabis and a vial of steroids.

Another man, 23, who arrived at the scene was also arrested.

Both men were charged with drug offences and will appear before Newtown Local Court on May 3.

There are too many examples to list of how police are aware of the activities of certain members of motorcycle gangs.

Persons of Interest are on the police radar, and police know their movements, through various sources.

Stories like this make out that a chance meeting has happened, whereas in reality there is not enough done to stamp out illegal drugs on the streets.

The sale of heroin itself is a multi-billion dollar industry in Australia. The reality is that not enough is done to combat this. This is done deliberately as this is another form of population control.

Posted by AuCorp at 9:36 AM No comments: 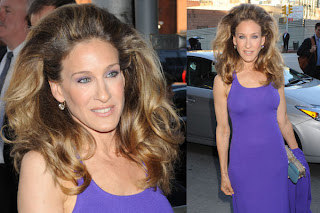 Sarah Jessica Parker probably rocked this hairstyle the first time it was popular twenty-something years ago, so no wonder she thought she could pull it off again.

The Sex And The City Star arrived at the Robin Hood Foundation annual benefit yesterday in New York sporting an up-do that would no doubt catch the eye of any former Dynasty cast member.

We've seen a few stars with this finger-in-the-socket look lately, and now that SJP is doing it - guess that means it's officially fashionable!

What do you think of the enormous hair? 'Totally trendsetting' or 'Go back to the eighties!'?

The primary function of the mass media is to keep the general populous entertained with mindless drivel.

The Hollywood financiers assault the masses with talentless cattle, and self promote them as entertainment gods.

It is very important to write in the mass media, a hairstyle of a 'nobody', who in reality can be mistaken as Medusa.

McDonald's to say sorry for bad coffee, plans to use baristas 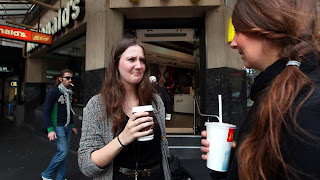 MCDONALD'S is planning to appoint specialist baristas following a huge customer backlash over the quality of its coffee.

Realising it is not “the most loved coffee chain”, McDonald’s is set to appoint professional baristas for its more than 650 restaurants in Australia in a bid to woo back unhappy coffee-drinkers, The Australian reports.

From Sunday, the restaurant chain launch a multi-million dollar advertising campaign apologising for its coffee and urging customers to speak up if it continues to fail to meet their expectations.

McDonald’s chief operating officer Helen Nash told The Australian the apology was “up there in terms of a bit of a first” for the company but said feedback from customers had been overwhelming.

“Australians have a very sophisticated palate and we are not delivering a strong cup of coffee,” she said.

“Customers have told us we can do better and we are saying ‘we have heard you and now we hope you notice the difference.”

McDonald's should also be sorry for producing carcinogenic junk food for the masses,
but then again no one has caught on, as it apparently tastes good.

Posted by AuCorp at 3:22 PM No comments: