The joke within the IT industry was always the performance of KAZ.

The top position held by people who were basically cronies of Peter Kazacos, Johnny Limpydontis and Mr. Grotti (names have been changed to protect the guilty), could not effectively mange their way out of a paper bag. These position were held by unqualified, staff.

Kaz Computer Services, Share price value at one stage was worth $1.60 went all the way down to 11 cents last year, now slowly climbing.
One of the Manager's, Graeme Smith, due to the lack of perfomance, got a severance package in shares worth $1.6Mil, which was cashed in.

FY 01/02 turnaround 100mil profit $10mil, FY 02/03 turnaround 245mil profit 9mil.... please explain?
They signed up a couple of big contracts (eg. Pivot), which they did not meet the SLA's, and have lost a few other bids/contracts due to incompetancy.
Have been in the newspapers regading a few scandals with employee relations. Last year paid out big to an employee who was going to take them
for unfair dismissal, many more could have followed.
A company which praises itself for having migrant labour via a loophole in the system, imported from (india?) via New Zealand.
To keep thses people out of the public eye, they are employed in the Operations Centre, (high security), where they cannot be seen.
A steal, at only 400 mil, at the current profit levels an investment that will take 40 years to break even.
Considering a good real estate investment can yield a 200% profit in 5 years!!

Telstra aquired KAZ, for approx $400 million too much and is now trying to flog a dead horse.

Posted by AuCorp at 6:40 PM No comments: 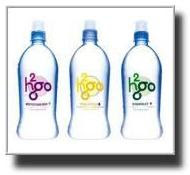 In today's times, one of THE most profitable industries, is that of the sale of water.

This is especially true, if you're Coca Cola Amatil, and you purchase your water from the Australian Government at a rate of $1.40 per 1,000,000 litres ( a figure the general household pays over 570 times more !!!!).

In this particular case, the water company mentioned, USED to sell it water in containers of 600ml for a retail price of $3.00.

The marketing deprtment stepped in and claimed it 'researched' that people do not drink that much so, it REDUCED its retail packaging to 450ml WITHOUT reducing the cost.

Posted by AuCorp at 1:53 PM No comments: 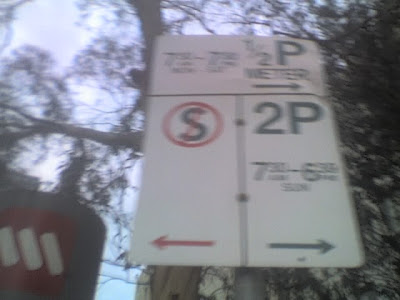 The Melbourne City Council has ran out of ways to extrude monies from the general public.

In an attempt to boost its revenue, the Council has proposed to prolong the parking times that have to payed for. Not so long ago the time the parking meters expired was 5:30 pm. This has been extended to 7:30pm.

Only just recently is was 'talked' about BUT the council was so eager to implement this policy there was NO TIME to make new signs up, instead stickers were placed over the previous time.

The government is all too quick to act when taking monies from the public, but when it comes to the other way around, the process is painfully slow.

Recently a politician conceded that the old aged pension is NOT enough, yet the new payments MAY be introduced NEXT YEAR.

City parking is currently at $3.40 per hour.

Telstra today declined to confirm or deny a report that it was firing up to 100 staff from its troubled IT services division KAZ.

News Ltd newspapers this morning reported that between 50 and 100 KAZ staff could be sacked, with a decision due this week. The news comes months after Telstra chief executive Sol Trujillo made it clear KAZ was no longer up for sale after a long-running process failed to find a buyer on satisfactory terms.

Telstra spokesperson Martin Barr told ZDNet.com.au that the company stood by earlier comments by another spokesperson, Andrew Butcher, that Telstra "continually reviewed" its operations to ensure it balanced its business with market demands.

Barr declined to comment further or to directly confirm or deny the reported cuts.

Local competition in KAZ's core market for IT services is currently intensifying, with Australian rivals such as Oakton, UXC, ASG and SMS Management and Technology speedily growing, and HP reviving its local operation with the purchase of EDS.

Telstra and KAZ officials have repeatedly declined to make senior officials from the troubled IT services provider available over the past year, although Telstra's group managing director of enterprise and government David Thodey has spoken to the press about KAZ, which sits within his division.

Kaz has always been a running JOKE within the IT industry. It's stories like this that prove the matter even more.