Keeping up with technology can be a full time job in itself.

Companies are rushing to push their products out the door in oder to be first, sometimes at the expense of quality. This can or is usually fixed with a patch / upgrade from the manufacturer.

Whilst it seems acceptable enough in the IT industry, if the Motor Vehicle industry operated like this, then most of us would be in accidents caused by the vehicle, or if the vehicle stopped, then we would all be expected to get out, and start the driving procedure from scratch.

After making an inquiry in the product pictured, I stumbled upon a user feedback forum, on the Australian version of PCUSER. A very interesting read, mostly NEGATIVE.
Ref: Ever tried Virgin Mobile BroadBand? -

Hall's 'other woman' speaks out 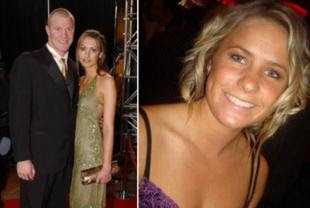 The third member of AFL star Barry Hall's alleged love triangle has spoken exclusively to A Current Affair about their time together.

Model and university student Talia Greenwood, 22, has told how she got intimate with the Sydney Swans talisman after what she understood to be the break-up of his long-term relationship with Kylie Stray.

"He was now available and interested in developing a relationship with me and as far as I was concerned, it was exclusively with me," she said.

But Ms Stray later reclaimed her man, telling the media that Ms Greenwood was "embarrassing" and trying to "get her 15 minutes of fame".

It is believed an argument with Ms Stray sparked Hall's infamously brutal decking of the West Coast's Brent Staker in April.

The strike resulted in a seven-match ban for Hall, who expressed regret over the incident and admitted he was struggling with personal issues.

Staker took no further part in the game and Hall later broke his wrist by striking a hard metal bar behind a soft advertising board.

The infamous assault is in stark contrast to the man Ms Greenwood describes in the interview, claiming she never had to deal with his temper and that their meeting and dating was without drama.

Ms Greenwood also denied their romance fizzled because of tension with Ms Stray.

"How can there be tension when you don't interact?" she said.

"(The break-up) was predominantly due to the long distance nature of the relationship and the pressures that come with dating a high-profile AFL footballer (but) I don't look back with regret."

But would she do it again?

This is the kind of drivel that hit the front page of the newspapers. Who really gives a damn about some ROCK APE who looks like he has a FRONTAL LOBOTOMY is in a relationship and it broke up. There are approx 50% of people in this situation.

One of the largest problems is that the media label these creatures as STARS. A fact FAR from reality on an international or even global scale, both in terms of the famous and monetary stakes.

VFL (Victorian Football League, now the AFL), was created in the working class areas of Melbourne, to keep the worker busy with something to do, to keep their mind occupied with sport, and not the real issues.

Posted by AuCorp at 8:01 PM No comments: