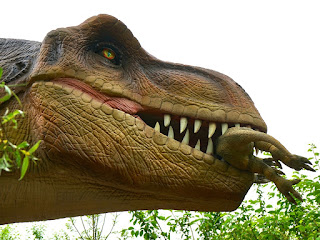 Australians are told from many sources that they live in a democracy.

A publication by the name of The Economist even stated that  Australia reached something called a "full democracy" in 2017, where obviously prior to that Australia was a half (assed) 'democracy', right?

What would be more important, at law, is that some tentacle of the Australia Government stating that Australians live in a democracy, where no better choice would be the one than written by the colony's Attorney-General's Department as seen in screen capture below:

Could this be all smoke and mirrors?

In many court cases the judiciary has stated that they do not care about the respondent's (usually a serf) Human Rights, where even the state's police forces scoff at the alleged 'freeman' claiming his/her Human Rights being impeded upon.

So, where does one look for democracy?

Why where else but the nation's capital, of course.

Prior to checking out the (old) Parliament House, let's take a look at a definition of this word called museum. 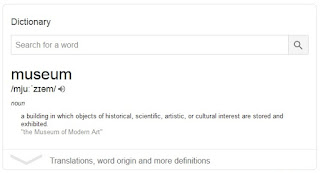 Summarising, a museum is a nice place where one can see an artistic piece of work of historical value that was current once upon a time.

If you want to see dinosaurs, you go to a museum as opposed to a zoo.

You go to a classic car museum to see automobiles that once drove freely on the King's highways as opposed to a showroom.

You go to the Museum of Australian Democracy at old Parliament House, to see documents that once described the Australian version of democracy. 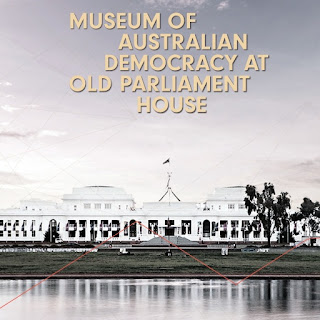 You are not steered in the direction of the new Parliament House, which opened in 1988, just a couple of years after the Australia Act, to read about democracy are you now?

Can you spell corporatocracy? 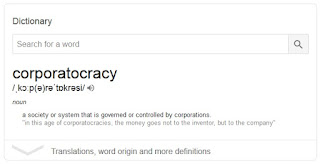 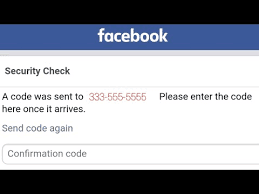 You (as a so called 'user' or more accurately data provider or corporate slave)  are told/instructed/enticed/conned into giving your phone number to corporations like Facebook or Google apparently  for 'security purposes', but there is a huge problem with that.

TFA (Two Factor Authentication) has long been regarded as a more secure method of logging into a service, where your phone (number, for SMS purposes) is not part of that security protocol, and companies like Facebook and Google know it.

So why do they really ask for it?

Could it be part of the nanny state agenda? Nah, that would be called a 'conspiracy theory' where one would be written off as a tin foil hatter.

They (the likes of Facebook and Google) could not give a stuff about 'your' privacy, as their business model has not evolved around it.

Facebook sell data, so does Google and so does another business called the Australian Bureau of Statistics, you know the ones who 'advertised' for you to fill out a census form, so they could cash in on it, without you ever receiving a single cent for your effort.

Sure (real) data security is implemented around the likes of Zuckerberg, Page and Brin, but not you, the data providers, corporate slaves or pesky serfs (as seen by those in government).

When it comes to personal cybersecurity, you might think you're doing alright.

Maybe you've got multi-factor authentication set up on your phone so that you have to enter a code sent to you by SMS before you can log in to your email or bank account from a new device.

What you might not realise is that new scams have made authentication using a code sent by SMS messages, emails or voice calls less secure than they used to be.

Multi-factor authentication is listed in the Australian Cyber Security Centre's Essential Eight Maturity Model as a recommended security measure for businesses to reduce their risk of cyber attack.

Last month, in an updated list, authentication via SMS messages, emails or voice calls was downgraded, indicating they're no longer considered optimal for security.

Here's what you should do instead.

What is multi-factor authentication?

Whenever we log in to an app or device, we are usually asked for some form of identity check. This is often something we know (like a password), but it can also be something we have (like a security key or an access card) or something we are (like a fingerprint).

The last of these is often preferred because, while you can forget a password or a card, your biometric signature is always with you.

Multi-factor authentication is when more than one identity check is conducted via different channels.

For instance, it's common these days to enter your password, and an extra authentication code you need to enter is sent to your phone via SMS message, email or voice mail.

Lots of services, such as banks, already offer this feature. You're sent a "one-time" code to your phone in order to confirm authority to enact a transaction.
This is good because:

How could this go wrong?

Suppose a cybercriminal has stolen your phone, but you have it locked via fingerprint. If the criminal wants to compromise your bank account and attempts to login, your bank sends an authentication code to your phone.

Depending on how your phone settings are configured, the code could pop-up on your phone screen, even when it's still locked. The criminal could then input the code and access your bank account.

Note that "do not disturb" settings on your phone won't help as the message still appears, albeit quietly. In order to avoid this problem, you need to disable message previews entirely in your phone's settings.

A more elaborate hack involves "SIM swapping". If a criminal has some of your identity details, they might be able to convince your phone provider that they are you and request a new SIM attached to your phone number to be sent to them. That way, any time an authentication code is sent from one of your accounts, it will go to the hacker instead of you.

This happened to a technology journalist in the US a couple of years ago, who described the experience:


At about 9pm on Tuesday, August 22 a hacker swapped his or her own SIM card with mine, presumably by calling T-Mobile. This, in turn, shut off network services to my phone and, moments later, allowed the hacker to change most of my Gmail passwords, my Facebook password, and text on my behalf. All of the two-factor notifications went, by default, to my phone number so I received none of them and in about two minutes I was locked out of my digital life.


This is not to say that splitting identity checks is a bad thing, it's just that sending part of an identity check via a less-secure channel promotes a false sense of security that could be worse than using no security at all.

Multi-factor authentication is important — as long as you do it via the right channels.

Which authentication combinations are best?

Let's consider some combinations of multi-factor authentication that have varying degrees of ease of use and security.

An obvious first choice is something you know and something you have, say a password and a physical access card. A cybercriminal has to obtain both to impersonate you. Not impossible, but difficult.

Another combination is a password and a voiceprint. A voiceprint recognition system records you speaking a particular passphrase and then matches your voice when you need to authenticate your identity. This is attractive because you can't leave your voice at home or in the car.

But could your voice be forged? With the aid of digital software, it might be possible to take an existing recording of your voice, unpack and re-sequence it to produce the required phrase. This is somewhat challenging, but not impossible.

A third combination is a card and a voiceprint. This choice removes the need to remember a password, which could be stolen, and as long as you keep the physical token (the card or key) safe, it is very hard for someone else to impersonate you.


There are no perfect solutions yet and using the most secure version of authentication depends on it being offered by the service you are using, such as your bank.

Cyber security is about managing risk, so which combination of multi-factor authentication suits your needs depends on the balance you accept between usability and security.

Mike Johnstone is a security researcher and associate professor in resilient systems at Edith Cowan University. This article originally appeared on The Conversation.

Posted by AuCorp at 9:16 AM No comments: 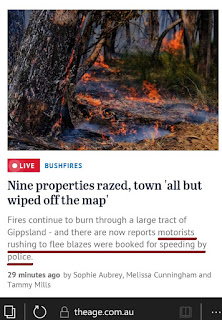 Unfortunately bush fires in Australia are an all too common reality.

Also, unfortunately for the convicts in Victoria if their home is burning or a bush fire is travelling at a greater speed than the posted sign says, where the motorist is speeding to save the life of his/her family, then they have another hazard to contend with.

That's right, in their infinite wisdom and incorruptible manner Victoria Police WILL fine motorists travelling faster than the designated limit for that stretch of road, but not the bush fire, obviously.


But if you're the wife of a Queensland police commissioner, your 'infringement notice' will get torn up.