Police lied about tenure of Informer 3838 by 10 years

Victoria Police is one of the state's most corrupt organisations.

Unfortunately for the masses the courts actually do support the corruption of Victoria Police, but that rather voluminous topic is for another time.

See article from 6 Feb 2019 by The Age publication of the headline:


Explosive information has come to light revealing the defence barrister at the centre of the Informer 3838 scandal was registered as a police informer 10 years earlier than Victoria Police previously admitted.

It has also been revealed that more lawyers have acted as police informers, in a profound breach of confidentiality that will be investigated by the royal commission.

But Attorney-General Jill Hennessy has not said whether any lawyers are currently acting as police informers. 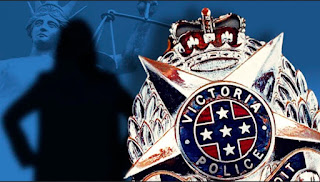 Informer 3838 was registered as a police informer 10 years earlier than previously thought.Credit:Artists
Informer 3838, whose name cannot be published, is a Victorian defence barrister who has represented a who’s who of Melbourne’s underworld, including major drug traffickers, murderers and Mafia figures.


Victoria Police has previously admitted that the woman — also known as Lawyer X — began providing them information in mid-2003 and was a registered informer from 2005 to 2009. The woman handed on information about criminal associates and clients, some of whom she was simultaneously representing in plea deals and court proceedings.

However, the Andrews government revealed on Wednesday that Informer 3838 was registered as a police informer in 1995.

Some of the men on the lawyer's client list were among the biggest names in Australia's underworld, including murdered gangster Carl Williams, and jailed drug lord Tony Mokbel and his associate, drug trafficker Rob Karam.

The convictions of Mokbel and Karam are now in doubt, along with countless others that could have been tainted by the lawyer. 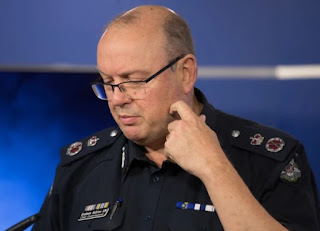 Chief Commissioner Graham Ashton would not answer questions on Wednesday, saying it would not be appropriate given the matter is before a royal commission.Credit:Simon Schluter

Mr Ashton is said to have instigated the push for an inquiry into the force’s handling of Informer 3838 in 2012, an inquiry that failed to disclose that the lawyer acted as a police informer as far back as 1995 - not 2005.

When asked to personally address his involvement in the scandal, his advisers on Wednesday said it was “inappropriate” for the force to comment any further as the matter remained subject to a royal commission inquiry.


Instead, a police spokesman said the delay in revealing the earlier timeline was due to "shortcomings in our record keeping practices" related to all informers in the mid-1990s.

"Victoria Police can confirm that in the course of its work preparing for the royal commission, it was established that the police informer identified as 3838 had previously been registered as an informer in 1995,” he said.

"These practices have since been comprehensively improved.”

The revelations have forced the resignation of Malcolm Hyde, a former Victorian police deputy commissioner and former South Australian police commissioner, who was set to chair the upcoming royal commission into the scandal.

The scope of the royal commission will be expanded to investigate the new admissions by police, but former Queensland Court of Appeal judge Margaret McMurdo, AC, will now act as sole commissioner.

Commissioner McMurdo said the new information had not caused a direct conflict of interest for Mr Hyde.

employment with Victoria Police and his subsequent professional associations with police officers
whose conduct may be examined by the Commission," she said.

She thanked him for his integrity.

More lawyers in the frame 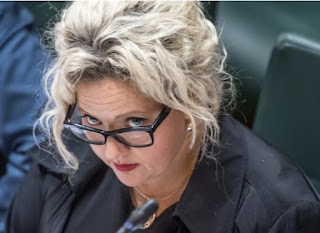 Ms Hennessy said Victoria Police had told the government it had identified other lawyers who acted as registered informers.

"There are other [informers] that have been disclosed to the royal commission as part of the inquiry and they will be investigated," Ms Hennessy said.

However, she did not say whether any lawyers were currently acting as police informers, or how many had been identified.

"I’m just not in a position to identify what their start and finish periods might be; they’re matters of evidence," Ms Hennessy said.


"At the moment the commission is gathering evidence and seeking disclosure from those with information."

The Victorian government announced the royal commission late last year after the publication of a series of court judgments found Victoria Police had engaged in "reprehensible conduct" by recruiting the lawyer as an intelligence source, sometimes against her own clients.

The statutory body responsible for regulating the legal profession in Victoria said it had "no way of knowing" how many other lawyers could be acting as police informers.

Fiona McLeay, the Legal Services Board chief executive and commissioner, said her organisation was "prepared to act" if evidence emerged that lawyers had engaged in conduct that breached their ethical or legal obligations.

Lawyers can legally act as police informers, but cannot snitch on their clients, whose instructions are privileged.
Convictions could be in doubt

The royal commission will examine whether Victoria Police's use of Informer 3838 had contaminated arrests and could lead to criminal convictions being overturned.

The initial reporting date for the inquiry, July 1, 2019 could also be called into question, although Ms Hennessy said the commission was eager to stick to that date.

"Should the commission come back to us and say they required more time we would obviously be very sympathetic to that, but it is the view of the commission that they want to continue with the existing timeframes," she said.


Mr Hyde was deputy commissioner of Victoria Police between 1994 and 1997, leading to a potential and perceived conflict of interest if he was to chair the inquiry.

He has resigned as one of the two commissioners who were appointed by the government in December, leaving Ms McMurdo to head the inquiry.

"I do wish to emphasise that Commissioner Hyde had no knowledge or involvement in this matter, but it is his view to put the impartiality of the royal commission beyond any form of doubt and he has stepped down," Ms Hennessy said.

The commission may now use “expert advisers” in order to maintain appropriate policing expertise given the loss of Mr Hyde, who was also a South Australian police commissioner.

The revelations also raise new questions about whether Victoria Police could have misled the Independent Broad-based Anti-corruption Commission and the Supreme Court of Victoria.

IBAC began an investigation into the recruiting and use of Informer 3838 in 2014, headed by Murray Kellam, QC.

The report has never been released, but excerpts published in court documents relating to the suppression of Informer 3838’s identity show the investigation found the barrister was a "registered human source" between September 16, 2005 and January 12, 2009.

That initial recruitment date in 2005 has also been cited in repeated submissions made by police in legal proceedings in the Supreme Court.

Shadow attorney-general Edward O’Donohue said the royal commission had become a “dog’s breakfast” just two months after it was announced by the Andrews government.

He accused the government of failing to do the necessary work to establish the royal commission properly.

Mr O’Donohue said the government should have ruled out anyone who had lived in Victoria to serve as a commissioner.

However, he declined to criticise the Victorian police force.

“For Jill Hennessy simply to handball this issue to Victoria Police as she has sought to do today is simply not good enough. These are the questions she should have asked of Victoria Police prior to this royal commission having been established.”

He said the opposition had confidence in Chief Commissioner Graham Ashton, but insisted there were “serious questions to be answered”, including how the latest information was only just coming to light.
Posted by AuCorp at 7:39 PM