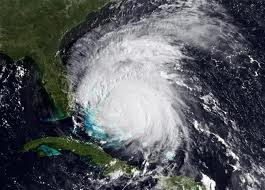 Another event that will cause the rise of the price of fuel could be the event of Hurricane Irene in the United State's east coast.

Corpau is not in the prophecy business, but given that usually any excuse is given to artificially inflate the cost of production of oil barrels onto the market, this current event could also be included.

Certain political events are manufactured to justify an economic decision, usually to the detriment of the masses.

These can range from political coups to local mismanagement of public funds (or fraud) by governments, and their crony supported businesses.

Hurricane Katrina was also such an event that influenced the high cost of fuel, as as result of its impact on the United States, particularly in New Orleans.

Australia is a self sufficient country, and most of the fuel come from near its shores, which now is regulated by the global authority, whereas previously the price structure was such that it was independent of global economy.

In order for the petro-chemical companies to profiteer at a greater rate, the price structure was fixed in line with the global authority.

Another event in which the masses will have to pay for, sponsored by corporate fraud with government support.

Posted by AuCorp at 4:44 PM No comments:

Westpac pulls out of brothel project 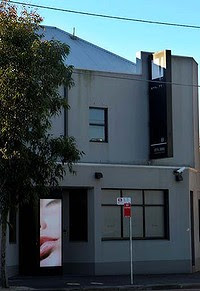 Westpac has walked away from financing the “world's biggest brothel”, the proposed 42-room megaplex on Parramatta Road opposite Sydney University.

The bank had come under pressure to abandon its role financing the brothel project when BusinessDay revealed an investor presentation two weeks ago showing Westpac as the senior financier on the deal. National Australia Bank was also a financier.

“The company has been notified that the offer from Westpac Banking Corporation to fund the acquisition of Dalway Enterprises … has been withdrawn.”

Dalway was the registered owner of the property operating the Stiletto brothel, which is earmarked for expansion under Delecta's proposed capital raising.

Earlier in the year, Mr Day had struck a deal with Stiletto's owner, Sydney racing identity Eddie Hayson, to build the complex, which included spas, lounges, restaurant, underground car park and a number of “multi-bed rooms”.

Westpac was to have been the senior financier, providing $12.1 million to redevelop 84 and 86 Parramatta Road in combination with the existing brothel controlled by Hayson companies on the adjacent site at 82 Parramatta Road.

It is back to the drawing board now for Mr Day. He had begun marketing Delecta's $5 million convertible note to sharemarket investors. His plan had been to revive Delecta, a wholesaler of adult toys whose shares trade at 1.6 cents, by expanding into a prostitution business with annual revenues of $20 million.

Westpac declined to specific why it had withdrawn its offer but it had come under substantial pressure for its involvement with the deal since it was made public on August 1.

There are also questions over the claims made in the investor materials about the prospective size of the assets.

Delecta claimed that the project would be the largest “short-stay bordello in the world”.

While it may be the case that Mr Day has relied on a definition of “short-stay” that differs materially from the meaning in other jurisdictions, BusinessDay subsequently learnt that there are far larger brothels overseas.

According to Barcelonareporter.com, for instance, the Paradise Club near the border with Spain “measures 2700 square metres and boasts 80 rooms with rates of €120 [$165] per hour”.

And this is only one of 11 so-called "macro-brothels" in this Catalan region of Gerona, near the Costa Brava. The Paradise club employs about 150 prostitutes, many more than had been envisioned by the Delecta proposal.

Mr Hayson's existing brothel at 82 Parramatta Road made $7 million in revenue last year and earnings before interest, tax, depreciation and amortisation (EBITDA) of $3.6 million - a profit margin of more than 50 per cent.

Under the estimates in the broking presentation obtained by BusinessDay, however, revenue is forecast to rise to $17.8 million in 2013 when the project is complete while EBITDA is tipped to increase to $11 million.

Real estate group Colliers estimates the value of the average room at $800,000, an average which will have been lifted by the "multi-bed" layout.

According to reports, the top floor of the new wing would include seven suites with pool tables "and two sets of beds for parties and group bookings".

Brothels are against the beliefs of the Judeo - Christian religions.

This is an unethical way of making money, from the misfortunes of others.

A total withdrawal of all monies from the people of the Christian faith should occur, based on even the contemplation that a bank would even suggest to use the sale of human flesh for the purpose of profit.

Australian unemployment rate of 5.1% a fraud


Approximately one week ago, the Australian government has announced that the official unemployment rate is 5.1% which coincidentally is the same rate of unemployed in Victoria.

This official figure produced by the government is deliberately misleading, therefore fraudulent.

The government produces false figures that are conducive to its policies of governance, that are detrimental to financial well being of the popolous.

Upon the announcement of low employment rate come the addition of a few points of a percent raise in the official interest rates.

Economists use the more realistic figure of 9.7 - 10% as the true rate of unemployment.

The mass media deliberates does not clarify this to the general population on order not to create disharmony amongst the masses.

There is a deliberate policy to spread misinformation or rather not publish the real information in the corporate censored media, as they are under the control of the current corrupt labour government.


Another example of a corrupt government whereby a labour Member of Parliament Craig Thomson, uses taxpayers funds to pay for visits to prostitutes.

Following the mass media's announcement of this fact, the labour government goes into lie spinning mode, and a fully fledged cover up occurs.

There are many instances of fraud committed in governance only of which a small percentage makes it out into the public arena.

Since it was mentioned in the mass media that his expulsion from his highly paid job, could topple Julia Gillard's labour government, the labour government will be involved in a fraudulent cover up of his actions.

It was confirmed by an independent legal source that the labour MP Craig Thomson has committed fraud, he will be exempt from prosecution, by the protection of the very legal system he serves.

Another fraud committed by a politician that will not see any jail time.

Woolies and Coles merge into one

It's a fight, but is it a fake fight? While the two biggest supermarket chains are pushing the message that they are in a fierce battle, driving prices down to compete, behind the theatre of their marketing campaigns the supermarket profits keep growing and most shoppers do not feel like winners at the checkout.

Whether it is the big red hand or the red boxing glove, grating jingles sung out of tune or shopping like master chefs, supermarket advertising has gone into overdrive in recent months. Marketing experts say there is no doubt Coles and Woolworths have boosted their marketing budgets, but the true aim of the aggressive ads may be more about convincing all shoppers they are getting bargains and less about genuine competition between the two big players.

Phil McDonald, the managing director of George Patterson Y&R Sydney, says there is strong evidence that most shoppers can see no real difference between Coles and Woolworths. According to George Patterson's annual brand asset study, the two chains have strengthened their brands in the past year, but have also moved to almost the same position in terms of brand strength and stature in the mind of consumers.

''They're not differentiated from each other,'' Mr McDonald said. ''Consumers see the two brands as offering very much the same things. They've almost become one brand.''

Coles and Woolworths have pursued a ferocious game of catch-up in their marketing. While Woolworths was the fresh food people for nearly a decade, once Coles began to make an impact with its lower prices message, Woolies jumped on that bandwagon, too.

Professor Susan Dann, deputy head of the Australian Catholic University's school of business, said the strategy employed by the two big players in recent months has been to copy each other, as well as upping their rival's claims.

''The biggest problem for them is it's apples and apples wherever you buy them, so they have to offer a reason for you to buy your apples from them. If one side gets ahead with a particular point, the other side tries to match it and say we've got something else as well.''

Todd Sampson, chief executive of Leo Burnett Sydney, recently described the so-called supermarket wars as ''a friendly''. And a recent YouTube spoof that showed Coles and Woolies working together to crush competition from independents, such as IGA, was quickly pulled off the air.

Both of the big players seem to be using a classic loss-leading strategy, luring customers in the door with products discounted as far as below cost, hoping that while they are inside they will buy some of the higher margin items.

But while the cost of basic items, such as milk and bread, have been cut, the supermarkets are clearly making up the money elsewhere.

Wesfarmers recently reported 5.3 per cent growth in food and liquor sales to $6.18 billion for the final quarter of 2010-11, taking full-year sales for the Coles business to $25.02 billion. Woolworths reported comparable sales growth of 4 per cent for the fourth quarter and 3 per cent for the 2010-11 financial year. Woolworths remains the leading supermarket chain with total annual sales of $36.2 billion.

Professor Dann said that while the big players are putting pressure on suppliers to cut costs, the strategy can only be taken so far before it leads to fewer distributors and less competition between those left. Both companies are clearly making up for lower profits on the basics with higher margins on other items.

She said the only shoppers gaining from the apparent price war are those who buy only the staples and avoid more discretionary items with higher profit margins.

The loss-leading strategy seems set to stick around. ''Consumers won't easily accept those prices going back up,'' Professor Dann said.

Longer term, the new strategy for Coles and Woolies may centre on their home brand goods, promoting them as a way of boosting customer loyalty, she said. It seems the only true winners in the supermarket wars are the supermarkets themselves.

Another price fixing and collusion fraud that the duopoly are involved in without any legal action against any of them.

Another example of how the corporate giants are above the law.