An unsuspecting mother drove her teenage son to an alleged drug deal rendezvous in Sydney on Thursday where police were waiting.

The 19-year-old man from Bondi was arrested in the Ramsgate Street car park at North Bondi about 10.30am (AEST) during an alleged deal for 1,000 ecstasy tablets, police said.

Three men sitting in a nearby car were questioned but later released without charge.

His mother is not believed to have known about the alleged deal and is not facing any charges.

Following the teenager's arrest, a 26-year-old man, alleged to be a source for the drugs, was taken into custody at a house in Westmoreland St at Glebe.

The 19-year-old has been charged with large commercial supply of a prohibited drug, which carries a maximum penalty of 20 years.

He is expected to face Waverley Local Court later Thursday.

Strike Force Dooley was established by the Surry Hills Region Enforcement Squad in May to investigate the supply of ecstasy in the eastern suburbs and distribution to inner-city club-goers.

During the operation, officers have seized ecstasy pills with an estimated street value of $110,000.

"We are constantly targeting those people engaged in dealing illicit drugs and taking them off the streets," he said.

"Every drug arrest we make further disrupts the supply network and I can assure the community that we will only continue to step up our activities."

Hint: Well known areas like the Adelaide Hills and Griffith are primary producing areas of drugs.
Posted by AuCorp at 5:58 PM No comments:

A psychotic prisoner who kicked a cell mate to death while in the "implacable grip of an urge to kill someone" has lost an appeal against his 18-year sentence.

Michael Allen Heatley, 32, was jailed after pleading guilty to the 2004 manslaughter of Craig Anthony Behr, 24, in the Long Bay Prison Hospital.

The NSW Court of Appeal has rejected Heatley's claims the sentence did not adequately reflect his guilty plea and placed too much weight on his previous criminal history.

Heatley suffered from chronic psychosis and was twice acquitted of armed robbery on the grounds of mental illness.

He smoked, sniffed and drank his dead father's ashes, and believed he was the racehorse Phar Lap.

When he kicked Behr to death Heatley was supposed to be in solitary lockdown, after telling Corrective Services officers he was having homicidal urges.

Heatley begged prison guards not to place Behr in his cell, and within an hour he was dead.

Sentencing Heatley in the NSW Supreme Court in 2006, Justice Anthony Whealy said "systemic and individual failures" on the part of prison officers had, in large part, caused Behr's death.

The 18-year-sentence accounted for the manslaughter of Behr and an unrelated armed robbery, committed in 2002 after Heatley escaped from prison on another offence.

He agreed with Heatley's submission the two prior armed robberies, for which he was found not guilty on mental illness grounds, should not have been considered part of his criminal history.

However, Justice McClellan said it was merely one problem in an "otherwise complex sentencing task carried out by his Honour with great care".

"Having regard to the objective seriousness of both offences and the various aggravating and mitigating matters to which his Honour had regard and, in particular, allowing appropriate weight for the offender's mental health problems, I am not persuaded that the sentences imposed were inappropriate," he said.

"I am not satisfied that some other less severe sentence was warranted in law and should have been passed."

An inquest into Behr's death and the role of Corrective Services will resume next year.

It was adjourned in February 2005 pending Heatley's sentence and appeal.

With time already served Heatley will be eligible for parole in March 2016, at the expiration of his 12-year minimum term. 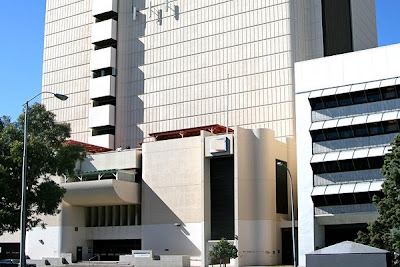 Recently a matter has been lodged within an government organisation, outlining a fraudulent activity managed by an Australian Telco.

It has been documented that the contractors are being ripped of, from their salary, with contracts that they sign, and the balance being split between the agency and the Telco.

This practice has been identified by a legal firm as fraudulent.

The amount that the workers are being ripped off is in the magnitude of millions of dollars per year, with the scope to be in the tens of millions depending of the breadth of the offense.

In order to take onus away from the institution, with which the documentation was lodged, the representative from the organisation, claims that they do not understand what has been written, and pointed the individual on a goose chase, e.g to claim holiday / sick pay entitlements, which was NOT the concern of the documentation.

With similar cases of fraud, and collapses of large institutions:

HiH Insurance - BUST - the public did not see the money;
Quintex - BUST - again the people lost,

the law generally does NOT refund the public the monies they have been defrauded of, and the companies concerned are NOT penalised accordingly.

Since this matter has been initiated by a member of the public (read : no lawyers have been involved to charge ridiculous amounts for their time : money given to mates), and as a consequence, contractors across the entire board would be applicable to claim, the matter has NO chance of success.

In the cases of a Queensland Police officer who WON a case of sexual harassment again the force was awarded an approx amount of $120,000 of WHICH approx. $105,000 was "GIVEN" to the lawyers for the legal costs.

There is ONE of THE most important aspects that needs to be taken into consideration, and that is of PRECEDENCE.

A matter of this magnitude CANNOT make it to court for it can set a precedence.

Justice is NOT as matter of who is right, but who has the BIGGER WALLET to prove / disprove.

Carnage on the markets as bailout fails

More than $53 billion has been wiped from the local sharemarket (.AXJO

In the first 20 minutes of trade, the market dropped by 5.4 percent after US stocks suffered their biggest ever loss overnight.

In the first 20 minutes of trade, the market dropped by 5.4 percent after US stocks suffered their biggest ever loss overnight.

Just prior to the local market open, Prime Minister Kevin Rudd and Treasurer Wayne Swan attempted to soothe nervous markets and pledged to lobby the US to pass the Wall Street bailout plan.

Just like the Great Depression was DELIBERATELY created, by the MONEY EXCHANGERS, to get rid of the middle class, whist a LOT of financiers made ASTRONOMICAL amounts of money, similarly the same is happening today.

During this depression, some wealthy industrialists bathed in milk, whilst other slept on the streets. This have been widely documented.

As stated in his speech to the nation G.Bush said that the middle class must tighten their belt buckles ( read : pay for it).

The 700 billion dollar bail out SOUNDS like alot to the general public, BUT pales in comparison to what some company's assets are. E.g. ONE Company alone, US Insurer AiG has a asset base of 2 trillion ( 2,000 billion - nearly 3 times more than what the US public are forced to pay for).