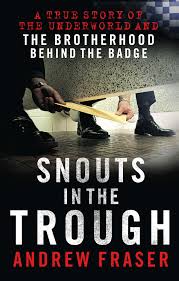 Victoria Police is one of the state's most corrupt organisations, where the judicature has a vested interest at keeping that kind information under wraps, under whatever pretext possible.

While the media today may report on cases like Lawyer X (or Informer 3838), the true extent of Victoria Police's corruption is deliberately kept from the public domain.

In any interactions with police where criminal offences (which include driving offences) are alleged, Victoria Police cannot be trusted, under any circumstances, where it would be of benefit to the accused to have more than one witness and/or a recording device which streams to the 'cloud' should police unlawfully confiscate one's smartphone.

See article from The Sydney Morning Herald, published on the 7th of October 2010 of the following headline:


A BOOK that claims to reveal significant corruption in the Victoria Police is being pulled from Victorian bookshops.

The Office of Public Prosecutions threatened the publisher of the book, written by former criminal lawyer Andrew Fraser who served five years in jail for importing cocaine, with an injunction.

Acting DPP Gavin Silbert, SC, says Snouts in the Trough: A True Story of the Underworld and the Brotherhood behind the Badge reveals the identities of several people who are subject to suppression orders in Victoria.

The book, which is the follow-up to Fraser's bestselling memoirs, Court in the Middle and Lunatic Soup, claims to reveal significant corruption in the Victorian police force. It relies on the testimony of former detective sergeant Malcolm Rosenes, the drug-squad officer who arrested Fraser and was himself later jailed for trafficking drugs.

Julie Pinkham, managing director of Hardie Grant Books, the publisher, said the company would consider applying to get the suppression orders lifted or else publish a revised edition.

''We have asked bookshops to remove the book from their shelves and we have stopped distributing it. We're not going to decide what we do today; we don't want to inflame the situation.''

Snouts in the Trough remains on sale in other states.
Posted by AuCorp at 10:32 PM