One of the recipients is Mr Rudd's chief of staff, 29-year-old Alister Jordan, who has an annual income of around $250,000 with superannuation and overtime, The Daily Telegraph reports.

Earlier this week, Rudd warned Australian workers not to demand pay rises and to do their bit to help the economy stay afloat.

Speaking at a function at Kiribilli House, Rudd warned that Australians are in for a tough period financially.

"Things will get worse before they get better. I can tell you that 2009 is going to be a tough year," he said. "In these times, employers must do their utmost to protect their workers from dismissal, knowing that these workers will serve them well when times turn good again. Workers, too, must restrain any wage claims."

Opposition politicians branded pay deal a "poke in the eye" to working families.

"Kevin Rudd's secretive pay deal for his senior staff is a poke in the eye to working families at a time when Australians are worried about their own financial security," Liberal Senator Michael Ronaldson told the newspaper.

But support for the payments has come from within Mr Rudd's ministry.

"Approval of personal staff salaries above the band is a mechanism available to governments and oppositions... and should be used in exceptional circumstances," Special Minister of State John Faulkner said.

The annual salary for a principal adviser is paid at a top level of $192,000.

Meanwhile, the PM said yesterday that his government will do whatever it can to assist banks with securing funding amid reports of a $75 billion funding hole.

"In just over one month between September and October the banks’ cost of obtaining credit increased by about five times in Australia, as well as the US," Rudd said. "Since then, credit conditions have eased a little, due to extraordinary measures taken overseas and here. Nevertheless, credit remains restricted."

He added that while Australian banks are in good shape, the poor health of global banks, particularly those in the US and Europe, are causing funding issues.

"Some cash-strapped foreign banks are scaling back their lending in foreign markets such as Australia," he said. "If banks do not allow clients to re-finance as they would in normal conditions, then companies can be forced to sell assets, often at low value. This endangers their financial health and that of the whole economy."

If foreign banks do not re-finance these loans, Rudd said, local banks would find it difficult to fill the gap alone.

An INSULT to EVERY TAX PAYING AUSTRALIAN by the "KRUD" Government.

Quite simply put a deal where money for mates is misappropriated.

The penalties they oppose upon us, they reward themselves with.

A Law above the commoners.

An Australian Muslim cleric has come under fire for telling followers they can hit their wives and force them to have sex.

In a 2003 lecture given in either Sydney, Samir Abu Hamza speaks out against forced marriages but cites Koranic verse to justify the claim that it is "impossible" for a husband to rape his partner even if she refuses to have sex — and mocks Australian rape laws that contradict the teaching.

"If the husband was to ask her for a sexual relationship and she is preparing the bread on the stove, she must leave it and come and respond to her husband — she must respond," he says in the sermon Keys to a Successful Marriage.

"In this country if the husband wants to sleep with his wife and she does not want to and she hasn't got a sickness or whatever, there is nothing wrong with her she just does not feel like it, and he ends up sleeping with her by force ... it is known to be as rape.

"Amazing, how can a person rape his wife?"

Hamza also delivers contradictory teachings on domestic violence, initially telling followers not to hit their wives but later instructing them on how to do so.

"First of all advise them [then] you beat them … but this is the last resort," he says.

"After you have advised them for a long, long time then you smack them, you beat them and, please, brothers, calm down — the beating the Mohammed showed is like the toothbrush that you use to brush your teeth.

When questioned about his claims by the Herald Sun, Mr Hamza said male or female partners should be able to demand or receive sex but refused to comment further.

But his interpretations have drawn criticism from prominent Muslim women, who say that no forms of family violence are acceptable under Islam.

When you come to a country you abide ITS LAWS.

It has NOTHING to do with Islam, Christianity, Judaism, Buddhism, Scientology or Jedi Knighthood.

Two British Tourists were to be jailed for having sex on the beach in Saudi Arabia.

Under Australian Law rape is ILLEGAL.

Hunting aXXo - pirate king of the Torrents, enemy of Hollywood

To Hollywood executives, he's public enemy number one. To film fans around the world, he's a modern-day Robin Hood. As the internet's most prolific pirate makes his 1,000th illegal film download available to the masses, we investigate the mysterious figure known only as aXXo

At 8.40am on Monday 15 December, a new post appeared on an internet forum called the Darkside Release Group. "Darkside_RG" is a clearing house for internet pirates, a site dedicated to the online redistribution of movies, music and videogames. Its members happily spend their days sharing and discussing their ill-begotten booty on the site's many message boards.

The post in question contained a BitTorrent file - the most widespread and efficient filesharing method on the web - containing an illicit copy of a second-rate Kiefer Sutherland horror film called Mirrors.

Though the mainstream media ignored it, this was a landmark moment for millions of filesharers worldwide: the 1,000th movie uploaded by aXXo, the internet's most popular and enduring pirate. If you already know his name, chances are you've been doing something illegal.

This aXXo may be anonymous, but he (or she, or they) is a global brand. His most popular uploads are downloaded illegally by up to a million internet users per week. His files regularly make up more than one-third of all the films trafficked on BitTorrent.

The list of the Top 100 movie downloads at The Pirate Bay - one of the largest "torrent portal" sites, which aggregate torrent links from around the web - is littered with his work, easily recognisable by the suffix "DVDrip-aXXo" left like a graffiti tag at the end of each filename. Over at The Pirate Bay's most popular competitor, Mininova.org, aXXo's fame is evident in the "search cloud", a page of the most searched terms on the site, their relative popularity denoted by the size of the font in which their names are displayed.

"Today, the largest search terms might be aXXo and Prison Break, if Prison Break aired on US television last night," explains David Price, head of piracy intelligence at the internet consultancy Envisional. "But tomorrow Prison Break will be a lot smaller, whereas aXXo will always be that size. Over the last two years, he's been one of the top five searched terms on Mininova every day."

Whenever aXXo posts a new film (which can be as often as three times a day) his followers fill the comments boards with praise. He is the lowly film-fan's Robin Hood. Last year, one aXXo fan, codenamed the_dwarfer, composed a version of the Lord's Prayer for his idol, which began: "Our ripper, who art on Mininova, aXXo be thy name..."

Scientists say Antarctica is melting, and much more than initially thought — spelling big trouble for Australia as sea levels rise.

Scientists used to think Antarctica was bucking the trend on global warming by getting cooler.

Now it seems they got it wrong.

US researchers have pored over data from satellites and weather stations in the biggest ever study of the frozen continent's climate and found it's warming after all.

"That's bad news if you live near the Australian coast," Prof Brook was quoted by Nature magazine as saying.

"In some areas where you've currently got housing, you'd probably have to abandon those areas."

He said the sea would penetrate up to 1km inland in flat areas like South Australia's lower lakes.

Scientists now estimate the melting of Antarctica's massive ice sheets will cause the world's sea levels to rise by 1 to 2 metres by the end of the century.

The news comes as a Sydney University proposal to produce a plankton bloom in the Tasman Sea as part of a trial to combat global warming has drawn criticism from environmental groups.

Under the proposal, nitrate fertiliser would be sprinkled over a 1,600 square kilometre area of the sea to stimulate the bloom that researchers hope will sequester carbon at the bottom of the ocean for up to a century.

The UN's International Panel for Climate Change has described such a method of carbon sequestration as "speculative and unproven and with the risk of unknown side effects".

"If this experiment proceeds, the Australian Government's credibility as a protector of the oceans is on the line," conservation organisation WWF Australia's Rob Nicoll said in a statement.

"This action is little more than an attempt to find a shortcut for carbon polluting industries to gain carbon credits on the cheap, rather than through reducing their emissions."

Mr Nicoll said the proposal may breach global conventions and be harmful to marine ecosystems.

"There are no clear international guidelines for large-scale trials of ocean fertilisation and other forms of so-called geo-engineering," Mr Nicoll said.

He added that the experiment "is likely" to contravene the London Protocol for the Prevention of Marine Pollution by Dumping Waste and Other Matter, which will this year establish rules for such activity.

"Until these rules have been enacted we should refrain from attempting ocean fertilisation experiments," Mr Nicoll said.

A similar experiment in the Southern Ocean, which dropped 20 tonnes of iron sulphate, has been put on hold by the German government amid fears over its environmental impact. 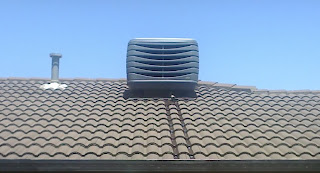 In an attempt to restrict water usage, the Victorian government has implement laws to police such matters. A current law that exists is that it is illegal to wash your vehicle with tap (fresh/drinking) water. If convicted hefty fines follow.

A new business venture that sprung up approximately 15 years ago, was that of ‘car washing’ facilities. The business case defies logic for success, given the then current conditions regarding water usage, although a ‘drought’ was always looming in one form or another, but not to such a publicised extent as it is today. In order for these businesses to flourish the government introduced laws to ban washing your car at home, but NOT at the washing businesses, at an ENOURMOUS cost to the user.

Evaporative Air conditioners are sold, and operated extensively in Victoria. They are connected to the mains (i.e fresh) water supply.

A car can be washed at home with approximately 20 litres of water. It is illegal to wash your car at home, BUT NOT illegal to waste 1000 litres (220 gallons) per day (50lit/hr – average x 20 hrs of air conditioning time).

The government has failed to supply enough water for the current population.
Posted by AuCorp at 3:08 PM 1 comment: