So here's what you (the general population) are allowed to know:

Posted by AuCorp at 9:27 PM No comments: 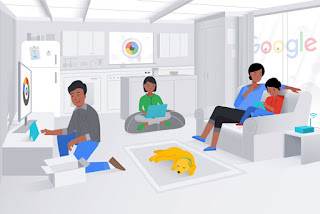 In the wake of the Facebook VPN scandal, it was recently revealed that Google has also been abusing the same Apple backdoor to collect data from users as young as thirteen. Similar to the Facebook Research app, Google's Screenwise Meter has been using Apple's Enterprise Certificate, which is meant for distributing employee-only apps, to circumvent the App Store and tap into a wealthy reserve of user data.

Upon downloading the app, users complete a survey and are then sent a special code that allows them to download the Enterprise Certificate-based VPN app that is then used to track all of their app and Internet use. In order to entice people to go through with it, Screenwise lets users earn gift cards in return for their data. The app was first launched in 2012, though, as TechCrunch points out, it was later rebranded as part of the broader Cross Media Panel and Google Opinion Rewards programs.

Similarly to Facebook's now-defunct Research app, Screenwise Meter was also initially available to people as young as thirteen, though Google later changed the age requirement to eighteen or older. However, minors could still partake in the program in the same household as other testers that met the age requirement.

If nothing else, Google has at least been a bit more transparent than Facebook when it came to explaining what it does with its VPN tracker. Following TechCrunch's investigation, Google has announced that it will be shutting down the Screenwise Meter app for iOS:

"The Screenwise Meter iOS app should not have operated under Apple’s developer enterprise program — this was a mistake, and we apologize. We have disabled this app on iOS devices. This app is completely voluntary and always has been. We’ve been upfront with users about the way we use their data in this app, we have no access to encrypted data in apps and on devices, and users can opt out of the program at any time."

Following the Facebook VPN fiasco, Apple swiftly invalidated all certifications for Facebook employee-only apps. It is yet unclear if the same punishment will be issued to Google. If it is, this will be highly damaging to Google's workflow, not to mention the detrimental effects it will have on the public's opinion on the company (which Google won't be able to track via an app).
Source: phonearena.com
Posted by AuCorp at 8:25 AM No comments:

Heir to the throne a tax cheat concealing wealth? 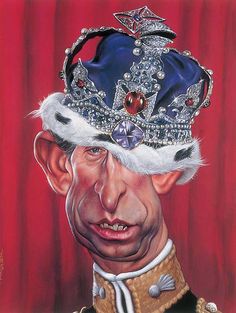 It's always good to get inside information, where bonus points are given when it comes from a source close to the subject or in this case the 'heir and successor' (as defined in the Commonwealth of Australia Constitution Act) to the throne.

So how does one get the source to blab?

Getting one to squeal is a tricky ordeal, where throughout the ages many methods have been used to extract valuable information, such as the rack, bamboo under the fingernails trick, sleep deprivation progressing to more modern methods like Justin Bieber songs in a cell for days on end.

Since the advent of modern medicine, sodium thiopental comes along to rewire the brain in order to spill the beans, but can one really beat the medicine of the ancients?

The cat among the pigeons, the source of the leak, was not given an exotic cocktail of scopolamine, 3-quinuclidinyl benzilate, flunitrazepam or some other combination of letters that apparently have some meaning to neuroscientists.

Nope she was 'just' given some good ol' fashion alcohol (packaged up in a very expensive format) and set loose.

It's bad enough that ol' prince Charles is a tax dodger, where Camilla let the cat out of the bag on that one too? 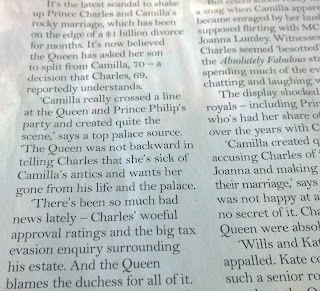 You see, at a palace birthday bash, Camilla sang like a canary with regards to the royal family's hidden off-shore accounts, when she got sloshed, no doubt concealing ill gotten gains which have not yet surfaced into the public news media. 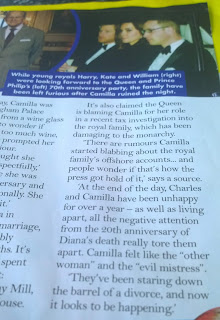 How can you really trust a corrupt monarchy?

As long as the serfs in the colonies are paying their taxes that enslave them, all is good.

Without breaking out into in pictorial meme:
Why do tax havens exist? Because governments want them to.