Lara Bingle could face jail after radio slip up 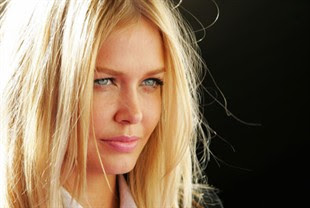 Lara Bingle could face time in prison after saying on radio she lost her driver's licence because she took demerit points for her friends.

"I had too many [points lost]. I took some for my friends," the bikini model told 2Day FM hosts Kyle Sandilands and Jackie O yesterday, the Daily Telegraph reports.

Bingle's statement surprised Sandilands who said: "That's totally illegal … you're not allowed to take points for your friends."

The Road Transport Authority (RTA) is now investigating Bingle's admission. The maximum penalty for the offence is two months in prison.

But Bingle, who lost her licence last December after a speeding fine, later took back what she said on Twitter.

"Just to clarify I never took any of my friends' points regarding their licence. I said it in sarcasm. End of story. LB," she wrote.

But the RTA said they would still investigate the matter despite Bingle's denial.

A RTA spokeswoman said at worst Bingle could face fraud charges in a criminal court and if found guilty of demerit-point offences she could face two months in prison under the Road Safety Act.

Bingle again denied taking points for her friends when asked by reporters.

"I lost [my licence] on my own, that's the truth," she said at the Prix de Marie Claire awards.

"Of all the things I said [in the radio interview] I can't believe that small thing was taken out and has been turned into such a big deal."

Lara Bingle is not exactly the brightest spark around.

She has admitted on air in a 'slip up', only later covering up the fact on twitter.

The whole matter will be swept under the carpet and NO JAIL time will be given.

These types of people are above the law, whereas if Mr. Joe Citizen did the same they would be incarcerated. 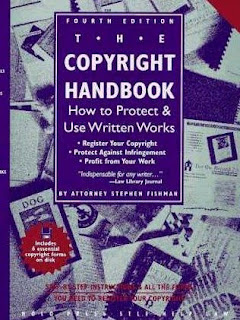 US Circuit Judge Denny Chin in Manhattan said the creation of a universal library would benefit many but would "simply go too far".

He rejected a $125 million settlement that was opposed by Google rivals, consumer watchdogs, academic experts, literary agents and even foreign governments.

Google has already scanned more than 15 million books for the project.

Mr Chin said the settlement that the company reached with US authors and publishers would "grant Google significant rights to exploit entire books, without permission of the copyright owners".

The deal gives Google "a significant advantage over competitors, rewarding it for engaging in wholesale copying of copyrighted works without permission, while releasing claims well beyond those presented in the case," Mr Chin said.

He noted that many of the concerns raised in objections to the settlement would go away if it were converted to an "opt-in" settlement from an "opt-out" settlement.

"Like many others, we believe this agreement has the potential to open up access to millions of books that are currently hard to find in the US today," Ms Ware said.

"Regardless of the outcome, we'll continue to work to make more of the world's books discoverable online through Google Books and Google eBooks."

The judge acknowledged that there were many benefits to Google's project, including that libraries, schools, researchers and disadvantaged populations will gain access to far more books.

He also agreed that authors and publishers would find new audiences and new sources of income and that older books - particularly those out of print - will be preserved and given new life.

The case developed after Google in 2004 announced it had agreed with several major research libraries to digitally copy books and other writings in their collections.

The authors and publishers sought financial damages and a court order to block the copying when they sued Google in 2005 after Google failed to obtain copyright permission to scan the books.

A deal was first reached to settle the claims in 2008 and was tentatively approved by Mr Chin in November 2009.

Google has committed a breach of copyright, that being acted illegally.

The copying of software or downloading music (piracy) is considered to be illegal.

A Swedish company thepiratebay has been in the European courts for alleged piracy or theft of material. This campaign was headed by RIAA (Recording Industry Association of America).

The thepiratebay does NOT hold / possess ANY copyright material.

According to the above article Google committed a breach of copyright 15 million times.

The operators of thepiratebay are appealing jail sentences regarding the allegation brought before them.

There will be NO jail time for Google.

One law for 'us' and another law for 'them'.

The Australian retail giant Coles has announced that it will be selling beer under its purchase price.

Under Australian Consumer Laws, it is illegal to sell products under purchase price.

So called watch dogs like the ACCC (Australian Competitive and Consumer Commission) are standing by like spineless snakes in the wake of this most recent announcement.

What the general public may not understand is that there is the 'Money for Mates' deals that are done behind closed doors.

The high end business community is a well organised, well oild machine which is untouchable. Whether it is through mate-ship or bonds within the Masonic Lodges, these deals are struck to hurt the general public, in eye gouging price fixing deals.

Whilst one product is 'discounted' another line is incremented slightly to make up for the decrease in profit. This is usually done to wipe out competition of smaller independent shops.

This is widely practiced within the larger retail chains and the supermarket 'duopoly' in Australia.

Another illegal act supported by governments and businesses alike. 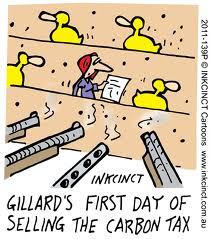 Julia Gillard stepped in as Prime Minister of Australia, after Kevin Rudd was expelled by the Labour Party.

Gillard was NOT elected by the population but rather, Gillard was fraudulently elected as she bribed the key politicians into voting for her.

During the campaign process Gillard stated that when elected she will not introduce the Carbon Tax.

Now in office Gillard is pushing the Carbon Tax through, in the process NOT telling anyone where the funds will be going and HOW they will be reducing the Carbon Footprint the tax is supposed to achieve.

These taxes are introduced to pay for the exorbitant lifestyles of the the Anglo - Masonic politicians in power today.

In scientific reports which the government does not want the masses to see, are reports that show that if all industrial processes were to stop in Australia, then the overall change in temperature would equate to maybe 0.01 degree Celsius less.

Australia has a population of approx 24 million, over 1/10th less than the United States or 1/5th that of Japan, who's industrial processes are more polluting than Australia's. 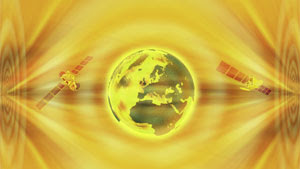 It’s easy to forget these days, but former President George W. Bush’s illegal warrantless surveillance program was never halted by Congress, nor by the Obama administration; it was merely legalized in a 2008 law called the FISA Amendments Act. That means the surveillance of Americans’ international phone calls and Internet use—complete with secret rooms in AT&T data centers around the country—is likely still ongoing.

On Monday, a federal appeals court reinstated a key legal challenge to that surveillance: a lawsuit filed by the ACLU and others within hours of the FISA Amendments Act (PDF) being signed into law. The lawsuit attacks the constitutionality of the legislation, which allows the government to electronically eavesdrop on Americans without a probable-cause warrant, so long as one of the parties to the communication resides outside the US, and is suspected of a link to terrorism.

The decision by the 2nd US Circuit Court of Appeals means the ACLU, and other rights groups involved in the suit, might get their day in court. “This is a really big victory,” said ACLU spokeswoman Rachel Myers. “The ruling is that you don’t have to prove you’ve been spied on to challenge an unlawful spy act.”

The "secret room" in AT&T's Folsom Street office in San Francisco is believed to be one of several Internet wiretapping facilities at AT&T offices around the country feeding data to the NSA.
Mark Klein

A lower court had ruled the ACLU, Amnesty International, Global Fund for Women, Global Rights, Human Rights Watch, International Criminal Defence Attorneys Association, The Nation magazine, PEN American Center, Service Employees International Union, and other plaintiffs did not have standing to bring the case, because they could not demonstrate that they were subject to the eavesdropping.

The groups appealed, arguing that they often work with overseas dissidents who might be targets of the National Security Agency program. Instead of speaking with those people on the phone or via e-mails, the groups asserted that they have had to make expensive overseas trips in a bid to maintain attorney-client confidentiality. The plaintiffs, some of them journalists, also claim the 2008 legislation chills their speech, and violates their Fourth Amendment privacy rights.

Without ruling on the merits of the case, the appeals court on Monday agreed with the plaintiffs that they have ample reason to fear the surveillance program, and thus have legal standing to pursue their claim. From the ruling:

[The] plaintiffs have good reason to believe that their communications in particular, will fall within the scope of the broad surveillance that they can assume the government will conduct. The plaintiffs testify that in order to carry out their jobs they must regularly communicate by telephone and e-mail with precisely the sorts of individuals that the government will most likely seek to monitor—i.e., individuals “the US government believes or believed to be associated with terrorist organizations,” “political and human rights activists who oppose governments that are supported economically or militarily by the US government,” and “people located in geographical areas that are a special focus of the US government’s counterterrorism or diplomatic efforts.” The plaintiffs’ assessment that these individuals are likely targets of [FISA Amendments Act] surveillance is reasonable, and the government has not disputed that assertion.

The case will now return to the courtroom of US District Court Judge John G. Koeltl in New York, where, if past is prologue, the Obama administration will play its trump card: an assertion of the powerful State Secrets Privilege that lets the executive branch effectively kill lawsuits by claiming they threaten to expose national security secrets.

“State secrets could definitely come into it,” Myers said.

The courts tend to defer to such claims, but in a rare exception in 2008, a San Francisco federal judge refused to throw out a wiretapping lawsuit against AT&T under the State Secrets Privilege. The AT&T lawsuit was later killed anyway, because the same FISA Amendments Act also granted the phone companies retroactive legal immunity for their participation in the NSA program. That immunity does not apply to the government.

The FISA Amendments Act—which passed with the support of then-senator Obama—generally requires the Foreign Intelligence Surveillance Act Court to rubber stamp terror-related electronic surveillance requests. The government does not have to identify the target or facility to be monitored. It can begin surveillance a week before making the request, and the surveillance can continue during the appellate process in a rare instance of rejection by the secret FISA court.