Ian Thorpe's chances of London Olympic qualification have plummeted after he failed to qualify for Saturday night's 200m freestyle final at selection trials in Adelaide.

Thorpe faded late in his semi-final, clocking one minute 49.91 seconds to finish sixth in the race and only managing 12th fastest time to miss out on the eight-man final.

The 200m was considered Thorpe's best chance at qualification and his hopes now ride on finishing top six in a strong field for the 100m freestyle, starting on Sunday.

"I'm terribly disappointed with that. I thought I could and I thought I would swim a lot quicker, much quicker," Thorpe said.

"... The fairy tale has descended into a nightmare."

What a joke and an absolute media hype riding on fat and unfit Thorpe.

There never was any real hope of him getting there.

It never really was a 'fairy tale', just false expectations. 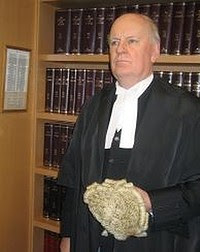 THE Baillieu government has been accused of shrouding its much-vaunted anti-corruption commission in excessive secrecy after suppressing a key expert report advising the Coalition on the body's most controversial aspects.

Setting up the watchdog was one of Premier Ted Baillieu's core election promises.

The government has confirmed to The Age the report will never be made public, citing cabinet confidentiality.

The report provides options to the government on 41 issues such as whether the commission should cover government contractors, and rules governing the seizure of sensitive documents and entering premises.

The report also covers whether hearings should be private or public, coercive questioning, the legal rights of those who appear before the commission, its oversight and whether staff should carry weapons.

The Accountability Round Table, a national group of academics, lawyers, and others dedicated to enhancing ministerial responsibility, has called on Mr Baillieu to release the report. The group says Victorians should know the advice informing the legislation that has been introduced to set up the Independent Broad-based Anti-corruption Commission (IBAC). The second of the IBAC bills is likely to be debated in the state upper house this week.

In an article in The Saturday Age, some of Australia's top anti-corruption and accountability experts - including Douglas Meagher, QC, one of two key advisers to the government on the commission - raised concerns about the body's narrow scope and warned the wording of the second bill may lead to legal challenges for the new commission.

The commission is due to start operating in the middle of this year with a four-year budget of $170 million. Mr Meagher said the government ''would be well advised to save its money and abandon the project''.

Accountability Round Table spokesman and emeritus professor David Yencken said: ''The secrecy shrouding every aspect of the consultation carried out by the government is a matter of great concern.

''These are very important bills. Many distinguished lawyers and well-qualified groups have pointed out deficiencies in the drafting of the second bill. The public has a right to know to what degree those who participated in the formal consultation influenced the government's policies and the drafting of the bill for good or ill,'' Professor Yencken said.

James Talia, a spokesman for Andrew McIntosh, the state minister responsible for establishment of an anti-corruption commission, said the report would not be released because it was cabinet-in-confidence and stakeholders who participated in the consultation did so on the basis that their views would remain confidential.

But one of those stakeholders, Media Entertainment and Arts Alliance secretary Louise Connor, told The Age she was contacted last year by the panel to ask if she had any objection to the union's views being made public.

The panel's consultation process was secret from the beginning. Its 33-page stakeholder consultation paper, obtained by The Age, was marked confidential. Many of those who put their case to the panel - such as the Victorian Bar Council - will not release submissions because of the confidentiality surrounding the process.

The Age has seen a copy of the Bar Council's submission, which argued Supreme Court judges should not come under the commission's purview as the government had promised, and that legal professional privilege - the confidentiality between lawyers and their clients - should be respected by the anti-corruption commission, despite it having little weight in anti-corruption bodies in other states.

Labor's spokeswoman on the anti-corruption commission, Jill Hennessy, accused the Coalition of a cover-up and said there was no credible reason for the report to remain secret.

''The expertise and advice in the report could help clear up the many questions and criticisms of the government's commission,'' Ms Hennessy said. ''The secrecy surrounding the report only taints the formation of a body that's meant to improve public integrity.''

The commission will cover 250,000 public sector employees, MPs, judges, police, local government and contractors and is running a year behind schedule.

Another corrupt so called 'watchdog' working in conjunction with the brotherhood for the multinational corporations together with local (unseen) criminal gangs.

The legal system is all for corporate crime.

Posted by AuCorp at 9:58 AM No comments:

Families of murder victims plea for justice in sentencing

FAMILIES of murder victims yesterday called for an overhaul of Victoria's judicial system to remedy disparities in crime sentencing.

The annual Flight of the Angels memorial service, held on the steps of Parliament House, brought together families who have lost loved ones to homicide or culpable driving.

It was hosted by Order of Australia recipients Noel and Beverley McNamara.

Mr McNamara said it was disappointing that "sentencing is all over the place".

The Crime Victims Support Association event, in its 18th year, was held in memory of the McNamaras' daughter Tracey, who was brutally murdered 20 years ago, and whose killer, Noel Meyers, received a 10-year minimum sentence.

Also at the event were Allan and Shirley Irwin, whose daughters, Colleen, 23, and Laura, 21, were raped and murdered by William Watkins in 2006.

Watkins had previously been convicted of the rape of a woman at her home in 2000, but served only a two-year jail sentence.

"Events like this are important so we can be ourselves and get our voices heard," said Mrs Irwin.

Broadcaster Derryn Hinch attended to add his voice to the call for reform.

Just another timeless example of how the Australian legal system treats the victims like criminals and protects the criminals.

This is the moment before dozens of people are hit with a new "heat ray" being trialled by the US military which has the power to instantly disperse riotous crowds.

The new "Active Denial System" shoots electronic waves at people, instantly heating their skin to a temperature of 54C.

When the ray is fired, the targeted people are subjected to the feeling of standing in front of an open fire and instinctively run away, the Globe and Mail reports.

The high-energy system has been calibrated at a frequency that penetrates about 4mm into the skin — a depth that researchers say will shock people without injuring them.

It was unveiled by the US military this week after it was tested on thousands of willing participants.

The ray, which has been in development for 15 years, can reach distances equal to seven football fields.

It is now ready for action and is predicted to be used for crowd control and perimeter security.

The military has not commented on whether the device could be altered so that it could burn crowds en masse or whether heating a crowd may incite mass panic.

These are the new weapons that will be used for protestors, i.e. anti government demonstrations, as the economic climate of the world worsens where people may take to the streets in protest of the global financiers.

Welcome to the new police state.

What the military are not saying is that the new weapon can fry your insides.

ASIC will not investigate securency issue

The corporate watchdog says it will not investigate bribery allegations against Reserve Bank of Australia (RBA) note printing subsidiaries.

The Australian Securities and Investments Commission (ASIC) said on Monday the decision not to pursue the matter came after a review of material provided by the Australian Federal Police (AFP).

"In line with its normal practice, ASIC has reviewed this material from the AFP for possible directors' duty breaches of the Corporations Act and has decided not to proceed to a formal investigation," ASIC said in a statement.

Seven former employees of the two companies - Securency International and Note Printing Australia (NPA) - and the companies themselves were charged by the AFP with bribing foreign officials to secure contracts to print bank notes.

It has since sought to sell its stake in Securency.

These people are above the law and truly untouchable.

Posted by AuCorp at 5:04 PM No comments: