Let's see Victoria Police sweep this one under the carpet and hide the name of the criminal.

Do 'community standards' dictated that charges not be laid ?

Will he even face court, like the peasants do for the same offence? 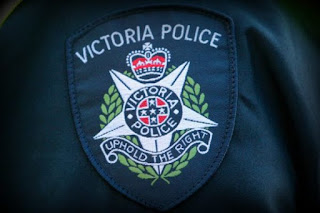 Sources told 3AW Mornings the superintendent’s house was raided, and that a pistol and rifle were found.

“I am told neither was registered,” Neil Mitchell said. “And I’m told the superintendent does not have a gun licence.”

3AW Mornings believes the raid was organised by the state’s anti-corruption body, IBAC, regarding an unrelated matter.


If the allegations are proven, it does not tarnish the whole force. But, at a time police command are chasing illegal firearms down every second borrow, it would be immensely embarrassing.
Victoria Police are not having a good run at the moment.
-Neil Mitchell

Victoria Police later confirmed a superintendent “from a corporate support area has been suspended with pay in relation to allegations of firearm and weapons offences on 5 June 2018”.