Some Nokia phones were spotted sending user data to China 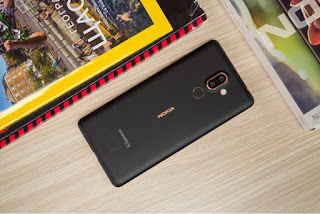 HMD Global has managed the Nokia smartphone brand impressively well since it took over in December 2016, but now the Finnish company has found itself in hot water.


In a report published earlier today, Norway’s public broadcaster NRK claims to have found proof that certain Nokia smartphone have been transmitting unencrypted user information to China. Allegedly, on-device data such as GPS location, the device serial number, and even the user’s phone number were being transmitted back to a Chinese server.

The server in question was under the domain “vnet.cn,” which is reportedly managed by state-owned carrier China Telecom. From the look of things, every time the Nokia 7 Plus units were powered on, data would immediately be transferred over to the server. Similarly, simply turning on the display or unlocking the device would trigger the same process.

Fortunately for consumers, this issue was present only a “single batch” of Nokia 7 Plus units. Presumably, the smartphones were initially intended for the Chinese market but ultimately made it into the hands of European consumers. Moreover, since the issue has been raised, HMD Global has removed the infringing files from the devices.

As a result of this apparent slip-up, HMD Global is now being investigated by Finland’s data protection watchdog.

UPDATE: We have received the following statement from HMD Global on the matter:

We can confirm that no personally identifiable information has been shared with any third party. We have analysed the case at hand and have found that our device activation client meant for another country was mistakenly included in the software package of a single batch of Nokia 7 Plus. Due to this mistake, these devices were erroneously trying to send device activation data to a third party server. However, such data was never processed and no person could have been identified based on this data. This error has already been identified and fixed in February 2019 by switching the client to the right country variant. All affected devices have received this fix and nearly all devices have already installed it.


Collecting one-time device activation data when the phone is taken first time into use is an industry practice and allows manufacturers to activate phone warranty. HMD Global takes the security and privacy of its consumers seriously.

Source: phonearena.com
Posted by AuCorp at 5:08 PM No comments: 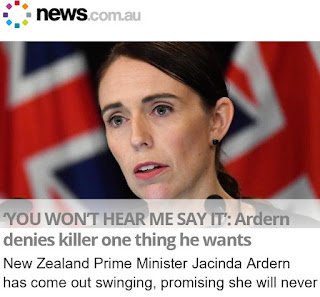 You are threatened that you may be incarcerated for 10 years for sharing "objectionable content", more time in prison than a Cardinal charged with child abuse or even a murderer.

You are told not to share the (alleged) manifesto.

Maybe not to give attention to that person's name or his action?

Maybe not even discuss other possibilities on social media. 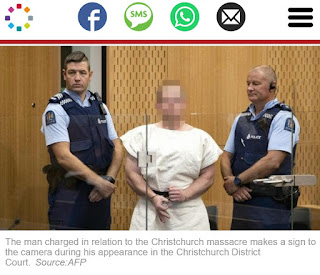 Yet the Rupert Murdoch media empire gave him the opportunity to forward his message, even while restrained.

The Rupert Murdoch media empire fed the trolls, 'conspiracy theorists' and alt-whatever direction they're facing at the time group of people.

It seems that the empire could be inciting more violence by broadcasting his message to the world.

No one would have known if they didn't publish it, right?

Migration: WWII to Australia, from one camp to another

The British colonialists have always been about the oppression of the serfs, in one form or another or from a few sides at once.

As people in government have known for eons, information or 'intelligence' is best kept from the general population, where misinformation is a 'natural' occurrence to further a government agenda.

The people in government in Australia realistically rule in secret, keeping information and many detrimental actions hidden away from public view.

A 'national humiliation' being the Queen's Whitlam letters, is just one example of many.

The publishing of the book 'The Chameleon Crown' by Dr. Anne Twomey was as a result of government 'shenanigans' .

Many other books have also been written exposing the corruption hidden from public view, regarding the practices of Victoria Police which are still current to today.

"Nothing to hide nothing to fear", right?

The people in government are also keen to rewrite history, once again to suit an agenda.

'Great Famine' aside, the British, in order to destroy the Irish, wanted to breed them out in the Caribbean.

With regards to the 'Aboriginal problem' Langley Hancock (the father of Gina Rinehart) openly spoke about genocide, poisoning the water so they become sterile and die out.

To the colonialists, indigenous peoples, migrants or basically anyone who is not part of the 'administration' have always been considered to be fodder be it cannon or corporate.

Let's just put aside how many nations the British shafted as a result of World War II.

After WW II families that have been torn apart reconvened to start a better life for themselves in the opening arms of the Australian government, were blissfully unaware what was in store for them.

As governments are aware strength is in unity, where a healthy society rests in the balance of a strong family unit.

Disassemble the very fabric of society and you have control of its people.

So, once the World War II 'refugees' got to Australia, they were installed into slave labour camps the likes of Bonegilla, which were described at the time as hell, in relation to the temperature and living conditions for the new arrivals.

The colonialists true to their origins, also split family members up, not with regards to separate sleeping quarters, but rather separate 'camps'.

In today's day and age one can quite easily use their favourite 'search engine' to verify claims being made, but don't let the government propaganda pictures and stories of the day fool you.

The people in government have gone out of their way to whitewash the truth, where a new generation is indoctrinated with a  government propaganda slogan the "Bonegilla Migrant Experience", giving it such a 'warm and fuzzy' feeling.

Destruction of the family unit: It may be personal, and it's sure one hell of a great business.

NBN - No Contract No Consent, right?

While Australians (including Aboriginal and Torres Strait Islanders) in the physical world have been turned into consumers, 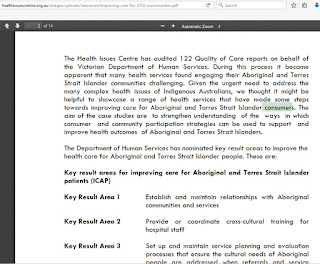 whereas in the digital world of Google and Facebook, they may not be 'customers' or even consumers but rather data providers i.e. corporate slaves, most are not familiar with the intricacies of  Australian consumer law, the likes of the 6 volume Corporations Act 2001 or the over 1600 page, 3 volume Competition and Consumer Act 2010.

Through their digital personas many Australians have now been familiarised with the term "No Contract No Consent" via various social media platforms.

Some people have been using the above 'template' as a response to fines, etc which despite many claims does not work.

Very very briefly, in 'contract law', for the better use of the term, disclosure and your acceptance play a vital role in the providing of a service or purchase of an item.

Many people may erroneously state that in Australia we do not have 'common law', but in the example of a state's highest court, 'common law' is attended to every day where the Supreme Court of Victoria states:

"The Common Law Division deals with claims in tort or contract law and is responsible for appeals and reviewing contested decisions coming from other courts and tribunals."


In 2017 we put up an article that one of Australia's greatest (deliberate) failures the NBN will become compulsory, whether you like it or not, even if you did not 'consent' to it.

MANY households in the colony called Australia, would have received a letter from NBN Co as shown above, or a similar one from another corporation stating that their premises will be connected on a particular date, whether you agreed or not.

They're not the actions of a democracy, but rather a corporatocracy.

If in the 1970's you were travelling on a (hard working tax payer's funded) freeway and said that in just over 20 years that stretch of road would be come 'corporatised' by the state government, you no doubt would be assigned that label of a conspiracy theorist or a loony or nutter. 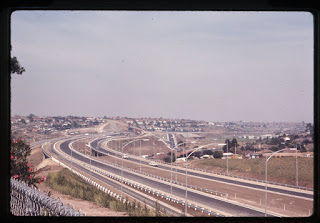 While the air we inhale today is of no cost, with all this climate change going on some boffin from the annals of government may even come up an new standard for example AS/FF (Australian Standards / Flatulence Factor) followed by a numerical value of 13 to 21

in order to to tax people for being the green house gas producers they are.

This law would apply to the serfs emitting the gasses from one orifice, since politicians emit from both ends, i.e 'top' and 'bottom' (pun intended) they would be excluded.

While 'straya is not clever, is sure is a "lucky country"