How to deal with a sheriff's warrant

Many people's first contact with the "SHERIFF'S OFFICE VICTORIA" is in the form of a template letter stating that the "natural person" has outstanding warrants to a particular value.

As of this writing, the template letter has a scanned signature and a name of Brendan Facey, stating that he is the "Sheriff of Victoria".

In accordance with the law, specifically the Infringements Act 2006, S3 on "execution copy" states:

as seen in the scanned document below: 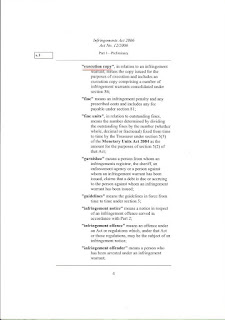 Note: The burden of proof is on the accuser.

as required by law.

If the above documents are not produced and further action is carried out against your person, then the due process of law has not been followed, where your person has obtained financial damage, where you have a course of action against;

1). the (alleged) sheriff, Mr. Brendan Facey,
2). the "SHERIFF'S OFFICE VICTORIA"
3), the issuing person from the court,

or other persons associated with your matter.

See also the hidden video:
Sheriff's warrants do not exist - verified on video

Lose the name win the game Fact or Fiction?

Some people may have heard the catch phrase;

"Lose the name win the game", where currently a search engine result points to 7,690,000 references.

In order to hold one accountable for one's actions the most important element in a court room, is the 'persons' name.

Without that there can be no case.

Many people should also be aware of the saying "knowledge is power" where today a researcher can obtain this with far less legwork than one did a generation ago, prior to the vast resources of the internet.

With that comes the fact that people are becoming more aware that (for example) fines are not being issued honestly by the Australian authorities.

As a result the authorities are responding, where now you do not know the name of your accuser as shown in the example of a fine or "Infringement Notice"

where in this case the Issuing Officer is the number 127.

The fundamental laws in this country give you the right to know the name of your accuser.

A right that has currently been taken away.

How does that saying go again? - "Nothing to hide nothing to fear", right?

Are these the actions of honest authorities?

Posted by AuCorp at 9:39 AM No comments:

So it seems that the CEO of an organisation committing criminal offences is back in 'business'. 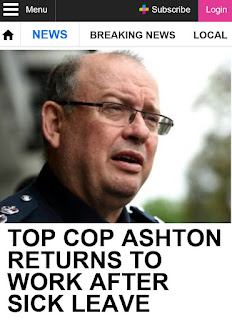 Can you make your allegations of criminal activities stick???


Just a reminder that the police hand out fines 'unlawfully';

So, among other points, just a reminder that;

1). The ATO (Australian Tax Office) is NOT a legal entity,

2). The ATO was NOT established according to the correct 'lawful' procedure,

3). The people were not informed according to law, within the Government Gazette.


See parts of a document tendered into court; 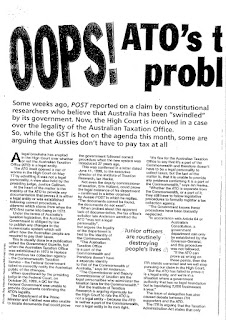 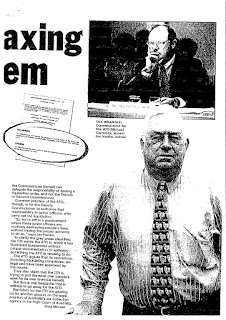 Australian Defence Force personnel allowed to get away with crime?


It sure does look like the old saying "crime does not pay" does not hold true when you're a member of the Australian Defence Force.

When it comes to criminal activity, not only does it seem that the 'administration' is above the law, but also its foot soldiers.

When a member of the serf population does not pay unlawfully issued fines by corporations, one can spend over a year in gaol, but when one is a member of an arm of the administration one can commit criminal activity AND get away with it, meaning IF you get caught you may have to pay it back and if you can't pay it back you do not get incarcerated.

Just another policy showing the serfs that the administration is above the law in this penal colony.

Posted by AuCorp at 6:43 PM No comments:

It seems that Australia's Mutts in Parliament (MPs) really really despise their slave population or are just plain incompetent, in any event they should realistically be removed from their occupying positions.

To be fair on them they factually 'governed' (i.e. restricted) internet speeds for Australia's 'consumers', IF that was their intention to do so.

IF not, then they cannot get right a basic service (telecommunications), making matters worse as it's something that is their very own resource, something that they've had since the 1960's which makes them look like incompetent imbeciles.

Some people may take the piss out of Kazakhstan, but those goat herders can serf the web on the back of a goat quicker than a convict in Collingwood. 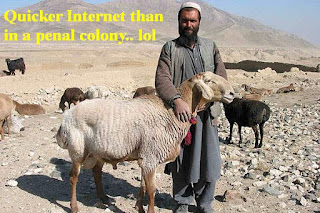 See what msn.com wrote about this matter within the headline:

Australia has fallen two places on a global ranking of internet speeds to 55 as the National Broadband Network looks to be completed by 2020.

A monthly ranking by the Speedtest Global Index placed Australia at number 55 for fixed broadband speeds in the world for December 2017, with an average download speed of 25.88 Megabits per second (Mbps).

One place above with 25.96 Mbps was Kazakhstan and one place below was the United Arab Emirates with 25.69 Mbps.

In first place was Singapore with a lightning-quick download speed of 161.21 Mbps.

An NBN spokesperson told The Australian that our poor internet speeds should lift once more Australians connect to the network. Approximately three million Australian homes are currently connected and using the NBN.

"This means that the majority of data being captured by these kind of reports are being generated by the five million or so legacy services on slower ADSL ser­vices," the spokesman said.

"As these premises switch to the NBN and we move towards our target of eight million activated NBN premises by 2020, we expect to see the overall fixed-broadband speeds in Australia ­increase significantly."

Speedtest develops its ranking systems using data gleaned from users who go to its site to gauge how fast their internet is – and much like restaurant reviews, it's likely that people who were experiencing poor internet would go to the site to see how bad it was.

Under the NBN, Australians would have access to several different speed "tiers", based on which retailer the user purchased their NBN connection plan with.

The Speedtest Global Index also ranked users based on their mobile internet speeds, where Australia ranked in 7th place with a an average download speed of 48.87 Mbps.