Victoria Police is known for some very dodgy work.

Falsified evidence supported by false statements against the accused, which is supported by the judicature in many court cases is just part of another 'business as usual' day for all persons concerned.

We have obtained detailed information on a case file within Victoria Police that was not release to the mainstream media, where as a result of incorrect intelligence information led to (an obviously failed) raid on a premises where alleged drugs were to be present. 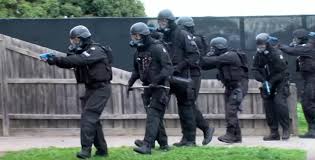 At this point in time we will not disclose the details of matter, but we will mention that as a result of egg on their face, Victoria Police did not drop the matter, but rather they decided to falsify evidence against the accused to incarcerate in order to save face to the higher ups in the force.

In the legal business many should be familiar with the Corinna Horvath case, where the young Ms. Horvath was beaten within an inch of her life in 1996, by Victoria Police in an unlawful home invasion and botched arrest. 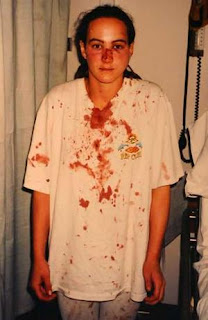 Living in a (penal) colony, as usual 'justice' was not served where it took Ms. Horvath 18 years to seek a remedy outside of Australia, Horvath v Australia 2014 within the UN Human Rights Committee.

While this matter is not as brutal as Ms Horvath's none the less Victoria Police tried to convict a person of something that person did not posses nor even alleged to have done, as stated by Victoria Police.

- Do not say any other words to police, if you are accused of any alleged criminal activity.

- Should you choose to provide police with any information, it would be suggested to you that it be done in writing, as any video/audio recording made by police can be edited and may not be available to your person.

See example of a template where employees of your state's police corporation can write their question to you for a response.


NB: The prosecution (e.g. Victoria Police) has never entered the court room with 'clean hands', something that must be adhered to, but seldom called by any accused.

In the good ol' days in order to obtain information on a person of interest or subject, it could have an arduous task for the requester to collate the necessary information from the various sources within this machine we call government, depending on how large the 'file' was.

As new technology is implemented it is used to better catalogue the serfs, but the 'problem' still exists where the administration of this tech is at a high operating cost to the government.

Since the internet came into the public domain, where it became commercialised, a (virtual) goldmine of data came into the hands of people in government. 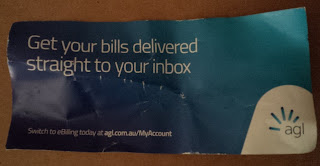 An incredible source of information is this invention called email, where many people erroneously believe it is secure.

With the implementation of new technologies (i.e. apps, programs, operating systems), the end user is given less and less choice to make their data private or local PC based.

As an example with regards to Microsoft's Windows operating system, upon a fresh installation you can create a local user 'account', but you are 'enticed' into creating an online profile, through the various Microsoft based email account domains such as hotmail, live or outlook for free. 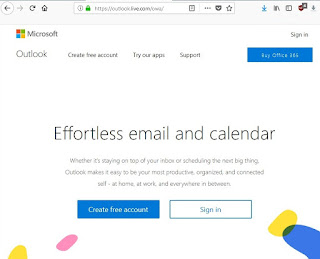 As people should realise, there is a cost to your 'free' account where that cost is that the data that is stored on the corporation's servers now belongs to them, where they do with it as they please, alleged privacy and terms and conditions statements aside.

Now the best part about this collection of data, is that it is easily available to persons who have the tools to access the so called 'secure' accounts. 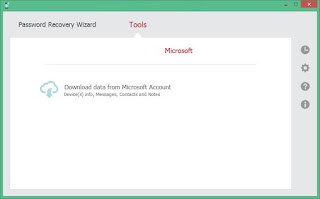 Today one of the best tools for providing data to the various players is the smart phone, which people have embraced so quickly, where they are quite happy to put in all the hard work in cataloguing their life for the various so called 'government' agencies to have access to.

As an example in the below screen capture, all you have to do to get 'free' WiFi access from your device is give them your email address, and you're up and running, where you give access to another entity to your information. 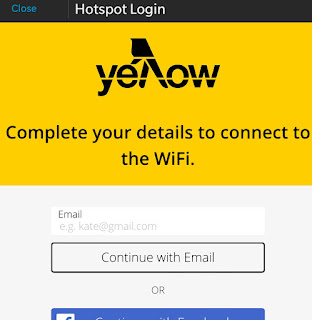 Note: For the preservation of your privacy, we do not recommend logging into any service from your smartphone.

Do people really read the Terms and Conditions they agree to when using these devices / services?

Do people deserve the (digital) slavery they're in?
Posted by AuCorp at 12:27 PM No comments: