Woolworths sells a product from their 'Select' brand a diet cola that is laced with poisonous chemicals, some of which are BANNED in the US and UK, BUT for sale in Australia.

The ingredients that are on the label are shown below:

The additives to look out for are:

200 times sweeter than sugar, has a bitter after taste.  Used widely as artificial sweetener in low joule gums, drinks, diet foods, etc.  Possible carcinogen in humans, caused cancer in test animals. Suggested that it is worse than Aspartame or Saccharin. AVOID IT!

See separate article. Artificial sweetener, too many adverse effects possible to list, 92 documented with the US FDA!, Some people are allergic to aspartame, migraine headaches are a common reaction in these people. Research currently in the USA in regard to incidence of brain tumours. Diet drinks containing it are banned for U.S. Airforce pilots and in an pilots magazine, commercial pilots are told to avoid it. In 9,000 products from low joule to pharmaceuticals. AVOID IT!

Calcium & sodium cyclamate, artificial sweetener; known to cause migraines and other reactions, can be carcinogenic, caused damage to rats testicles and mouse embryos in tests.
Banned in the US and UK due its links with cancer. AVOID IT!

Posted by AuCorp at 7:09 PM No comments:

Some more Facts.
Now the question for all Victorian State politicians.

In 1979 where did the Victorian Parliament get its authority from to alter or at least make laws that are repugnant with the Commonwealth Constitution?

The two officers, Kieran John Atkin and Brennan Roberts, appeared before Melbourne Magistrates Court on Wednesday to face charges of attempting to pervert the course of justice and assault.

Charge sheets tendered to court allege the two officers claimed the man rammed their police car with his car in Hillside, in Melbourne's north-western suburbs, on August 22 last year.

The pair also assaulted and then "injuriously imprisoned" him, the charge sheets allege.

The following day, the officers "knowingly, wilfully and corruptly" signed a police statement knowing its contents were untrue, "wholly or in part", the charge sheets allege.

Mr Roberts, 25, faces three charges, of attempting to pervert the course of justice, assaulting and imprisoning the man and signing a police statement that he knew to be untrue.

Mr Atkin, 32, faces the same charges, along with three extra counts of assault and charges of careless driving and dangerous driving.

The court heard investigators had CCTV footage related to the allegations against the officers.

Magistrate Donna Bakos granted bail to both men to return to court on August 18.

A police spokeswoman said Mr Atkin was a senior constable and Mr Roberts was a constable.

It is not known what station the officers are based at, though a charge sheet alleges they signed a police statement they knew to be untrue in Sunshine.

Corrupt cops are running rampant in not only Melbourne's western suburbs, but in the courts as well.
From false affidavits, police statements, tampering with video evidence, etc all in the name to pervert the cause of justice, and to incriminate ANYONE they choose.
This is NOT an isolated incident, and there are many more serious offences carried out by armed police than the general public are made aware.
There are other matters that need to be made public including police involved in armed robbery and theft.
Victoria's criminal police force at its finest.
Posted by AuCorp at 2:53 PM No comments:


A Senate inquiry is set to recommend cash bounties for whistleblowers who expose corporate wrongdoing.

The inquiry will also call on the Australian Securities and Investments Commission to set up a dedicated office to handle such informants, according to Fairfax Media.

The Senate inquiry, which will deliver its report this week, scrutinised the way ASIC handled whistleblowers at the centre of the Commonwealth Bank finance planning scandal, whose original tip-off of serious misconduct within the bank's financial planning arm was not acted upon for 16 months.

Australia reportedly is regarded as having poor legal protections for corporate whistleblowers, who complain the system leaves them isolated and vulnerable to victimisation.

Groups including the Tax Justice Network and the Australian Federal Police Association argue that a reward system for corporate informants, such as offering a percentage of any funds recouped, could encourage more people to come forward with tip-offs.

Excellent to hear that the 'law' is going after the 'big fish' of corporate crime.

Let's start by this on public record by naming the trademark 'CCV' (Civic Compliance Victoria) operating fraudulently with the 'Sheriff's Office' under the directorship of Brendan Facey.

Posted by AuCorp at 9:16 PM No comments:

The Queen buys Prince William a Helicopter for his Birthday 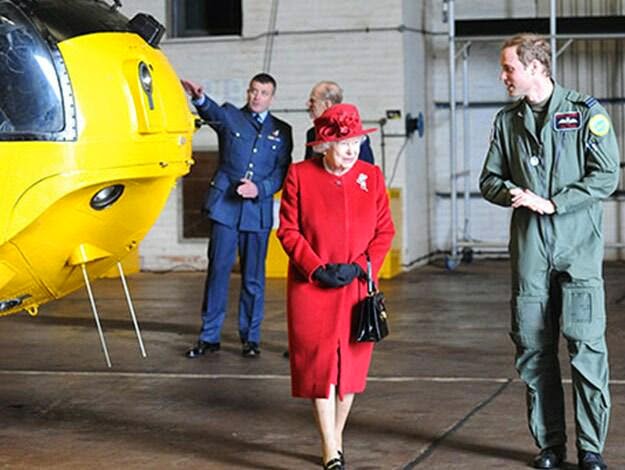 The Duke of Cambridge celebrated his 32nd birthday on Saturday and he received a very special, and expensive, gift from his grandmother the Queen.

We hear the prince received a 2008 Augusta A109S Grand helicopter from the British monarch costing a whopping $13.6 million!

The helicopter, which features leather interior, will be used for travel to and from official engagements and can hold up to seven passengers plus one pilot, so it seems the Duke and Duchess and little Prince George will be arriving in style to their upcoming engagements.

The elaborate gift is the perfect for the former helicopter pilot – previously known as Flight Lt. William Wales – who gave up his role in September 2013 after his son Prince George, was born.

While it’s now known whether William will pilot the craft himself, when it’s not being used, the royals new ride will be parked alongside the Queen’s private helicopter in Hampshire at RAF Odiham.


“The word is that this new chopper will be used mostly for William and Kate, although other family members can use it too,” a source told the Inquistitr.

“But with William and Kate stepping up their official duties in the next few years it is expected they will spend a lot of time in it.”

A spokesman for the royal family said the Augusta has been leased for Prince William and Catherine's use because it provides better safety and security for its very special passengers.

Is this 32nd birthday present for a 32nd degree Freemason?

Apparently the corporate media gave (false?) information only a little while ago that the Queen was down to her last couple of millions.

The Queen married her third cousin Prince Phillip, to produce their offspring, then in order to thin the incestuous blood people like Dianna and Kate are brought in and then disposed of if uncomfortable to the lizard queen.

Posted by AuCorp at 8:55 PM No comments: