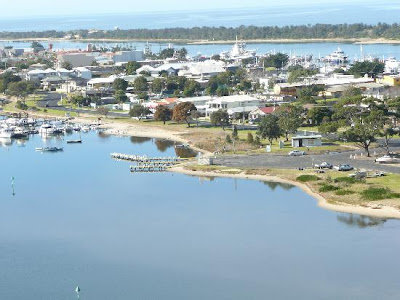 A MAN who was convicted of raping a woman four times while he was staying with bikie friends at a Lakes Entrance motel has had a partial victory today in the Court of Appeal.

The court acquitted Steven Halamboulis, 45, of two of the rapes, which were alleged to have occurred in the motel swimming pool, after finding the evidence was "somewhat confused''.

Justices Peter Buchanan, Paul Coghlan and Peter Almond said Halamboulis was at the motel in February 2007 with friends from the Black Uhlans and the victim arrived to buy drugs.

She told a jury she was given a spiked drink and went into the swimming pool feeling dizzy when four or five men she had seen wearing black jackets with patches on the back came into the pool naked.

The appeal court said the victim's description of a man who raped her in the swimming pool did not match Halamboulis and she was badly affected by drugs and alcohol at the time.

"The inconsistencies in the complainant's version of events, the barrier to clear recollection posed by her consumption of alcohol and drugs and discrepancies (in the evidence) constituted solid obstacles,'' the court said.

The judges rejected Halamboulis's appeal against conviction on the other rape counts which occurred when the woman went into a unit to get dressed.

Hamboulis claimed he had consensual sex in the unit with the victim after she entered in her underwear and felt his genitals but the appeal court said it was not an issue at the trial whether Halamboulis believed she had consented.

Halamboulis, of Reservoir, was found guilty by a County Court jury in March last year of four counts of rape.

The appeal court reduced Halamboulis's original sentence of 10 years with a six-year minimum to six years with a minimum of four years.

He has already served over 880 days in custody.

Another case where the government lets out criminals out into the community to create more havoc.

The government propaganda machine, the corporate media, is on the bandwagon for laws that apparently discourage sexual crimes, i.e. internet censorship, but when these criminals are caught, they are set free.

Another government failure to protect its citizens.

Judges should be made personally responsible, and governments sued for any crimes that are committed by the people they release.

Dad banned from asking his daughter about school

A DAD has been banned from asking his daughter, 13, about her school reports.

The Family Court also banned him from forcing her and her brother, 11, to eat all of their dinner.

The court heard that the girl has an intellectual disability, an IQ significantly below average, and is behind in her education. Her brother is a gifted student.

The mother, saying the father was in denial about their daughter's disorder, asked the court to order him not to quiz her about school reports, in order to prevent damage to her self-esteem.

In a judgment published last week, Justice Stuart Fowler ordered the dad be allowed copies of the reports, but not discuss them and her progress at school with her.

"The father is only permitted to discuss the school reports and progress of (the daughter) with the mother or the school teachers," he said.

As well as restraining him from forcing the children to eat all their food, Justice Fowler ordered that he not abuse or physically discipline the children, insist they do tasks beyond them, or smoke or drink in front of them.

Both parents were also banned from denigrating the other and from discussing their relationship breakdown in front of the children.

The court, sitting in NSW, heard that the father had spent time in jail for kidnapping a child of another relationship. It heard he suffers from bipolar disorder.

His contact with the children must be supervised by his mother or his ex-wife's mother. Justice Fowler said he made the decision in order to provide the daughter with as comfortable an atmosphere as possible.

The father has appealed.

The education system created for the children of the masses has the purpose of creating the next generation of non-thinkers and labourers.

Laws are being created to diminish the rights of parents to their own children, and fathers are being seen as criminals.

These laws are deliberately being put in place to disassemble the family unit for there is much o be gained by this.

By all rights, no parent should ask for their child's grades, as this so called harmful effect could be applied across the board.

These laws pave the way for precedence, to create dysfunctional families, which is one of the goals of the ruling elite.

A bikie shooting at an Adelaide cafe was related to a marital dispute, the restaurant's owner says.

Associates of the Comanchero outlaw motorcycle gang were sitting at Cafe Paesano in North Adelaide on Sunday night, when one of them opened fire at a man who was approaching them, police said.

Cafe Paesano part-owner Gianni Cavuoto, who went to the restaurant after the attack, believes the shooting was related to a marital dispute.

Mr Cavuoto said he was worried about patronage, but the shooting had not affected bookings.

"It's business as usual. The show goes on," Mr Cavuoto told AAP on Monday.

He said there was no damage at the restaurant, and police had taken the cafe's surveillance footage of the incident, which happened about 9.40pm.

Mr Cavuoto said the shooting could have happened anywhere but a patron of the cafe said the bikies were regulars.

Police Assistant Commissioner Grant Stevens refused to confirm whether the men exchanged gunfire, but media reports said the approaching man fired first and was shot in the leg.

Mr Stevens said the man who approached the cafe, and who was known to the Comanchero associates, fled the scene after being wounded.

He was pursued by the gunman and further shots were fired, Mr Stevens said.

"Not only does someone come into a restaurant with a weapon, but even more (shocking is) that someone in the restaurant has a weapon and returns fire," she told journalists on Monday.

Mr Stevens said police believed the incident was connected to Thursday's shooting of Comanchero leader Vincenzo Focarelli, who remains in hospital with a gunshot wound to the leg.

But Mr Stevens denied there was an escalating war between rival bikie gangs.

"These incidents can be tracked to specific disputes in that (bikie) context, (but) this is not a bikie war where we have warring gangs, drawing lines in the sand," he told journalists on Monday.

He said the shootings, including an incident on Saturday morning when three men wearing balaclavas fired shots into a house at Burton in Adelaide's north, were isolated events.

Another example of how the drug wars are spilling out onto the streets, where innocent people can get hurt.

The police are fully aware of the movements of these criminals, but do not incarcerate them.

Another government failure to keep the general populous safe, or is that not on the agenda anymore? 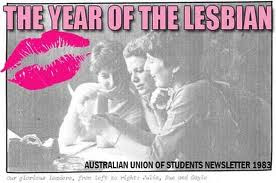 Once Julia Gillard’s office time has expired, she will be remembered for many accolades, including Australia’s first female Prime Minister.

Gillard will be remembered, as a Prime Minister not elected by the nation, but by the bribery of the last two politicians who had the balance in their hands, to the astonishment of the motherland (England), a deliberately not reported fact by Australia’s mass media.

Gillard will also be remembered for saying that she will not introduce the carbon tax if in office, a tax that the general public will face as of 2012.

In the opinions of the masses her nick name is quite simply Ju – Liar, not that this fact has any relevance to the ruling elite.

Another lesser well known fact to the general populous , a fact well known within the office of Gillard, and her tight knit community is also supported by her self-admission, is that of her sexual orientation, i.e. being a lesbian.

Her official partner Tim Mathieson is nothing more than a farce in front of the masses. Australia’s roots in governance are that of the Judeo-Christian faith, yet the current Prime Minister serves no faith. What better way to fast track the new gay and lesbian laws than under the leadership of a lesbian Prime Minister.

The corporate media, being subservient to the governments of the day, generally steers clear of the personal topics of government leaders, whilst exposing details of Mr. Joe Average’s 15 minutes of fame in the spotlight, for whatever ground breaking story the editors see fit to print to publicly discredit the individual.

Over 70% of Australia’s corporate media is in the (political) hands of the Rupert Murdoch media empire, the rest being divided between Packer and Stokes.

Stories of significance can be approved at the boardroom level, at the brotherhood’s lodge level, or approved by the political party’s government representatives the print media is sympathetic to.

Upon the death of Sir Zelman Cowen, hailed as the nation’s healer, The Age newspaper (Liberal bias), ran a first page article, whilst the Herald Sun (Labour bias) newspaper ran a column on the inside pages.

In the new age of non discrimination together with sexual freedom for lesbian, gay, bisexual, trans and intersex, these facts should be reported with pride and not taboo.

Posted by AuCorp at 5:52 PM No comments:

Yet another Australian television series is in the practice of fraud, this time in renovations.

Information has been obtained from sources from within the industry that the contestants on the show renovated a dwelling. In actual fact the producers and all involved were aware that this couple could not even paint their nails let alone do any renovations to the promises, so the show’s producers hired a labour team to do the renovations for them. Naturally this was done with the utmost secrecy, in order not to expose the show’s fraud.

Many shows on Australian television involve deceptive practices, but it is the general policy not to expose these sorts of dealings, as the purpose of the shows is to generate income, in the form of advertising for the networks and their producers once they are aired.

Another real estate program has been found out to be practicing fraud, in the form of price fixing, but yet again not jail time is seen. Another bingo program was found to be fraudulent, by an ‘average’ member of the general community. It is very difficult to imagine the show’s producers were unaware of this fact, especially since it was detected by a normal person.

Under Australian law, fraud is a criminal act, which can be punishable with incarceration

Posted by AuCorp at 3:29 PM No comments: