Australian politicians the biggest assholes in the world ??? !!! ???

So homosexual Australians can now rejoice that they can now be legally wedded. 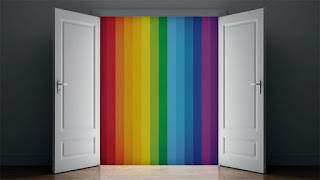 People like Australia's ex prime minister Paul Keating, who is for the republic
(how VERY UN-Australian): 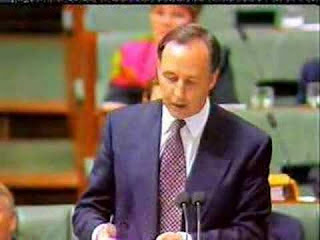 or our first lesbian (who's STILL in the closet) ex prime minister Ju-Liar Gillard: 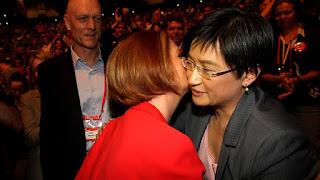 No referendum was needed, as this was not changing the Commonwealth of Australia Constitution Act 1900

- The Government Company gave $122 million to their arsehole mates for this BS 'survey'.

Changing of a 'Commonwealth' law can be made WITHOUT the approval of the herd population...

He missed the target 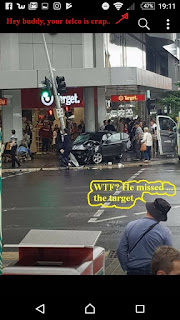 Posted by AuCorp at 9:26 PM No comments:

Men and women within Victoria Police have admitted to concealing, covering up or rather not reporting criminal activity within the force. 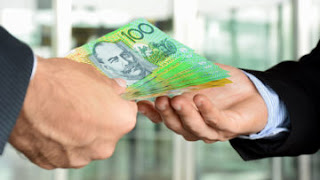 People should comprehend that criminal activity causes harm to the man or woman or more specifically their legal entity their 'person'.

Police who conceal / coverup / do not report criminal activity are not in honour where they are also causing harm to the community and in breach of the very community 'standards' they are apparently supposed to uphold.

Aiding and abetting as it is known is against the law, in particular the Crimes Act 1958.

Does this Act also apply to the police?

Show us a 'lawful' Act / clause / exemption that excludes police from the Crimes Act of 1958.

The 'problem' is much greater than described by mainstream media, and admitted to by the police, as don't forget the so called statistics are according to their honest(?) response.

See article from 5 Dec 2017 by theguardian.com of the headline: 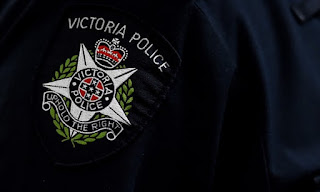 One respondent in anti-graft commission survey describes a ‘fear of retribution’, while another asks ‘is this career-ending?’

One in five Victoria police employees say they would not report corruption even if they witnessed it and another one in five said they feared losing their job if they reported corruption, according to a report released on Tuesday.

The report by the Independent Broad-based Anti-corruption Commission (Ibac) is based on a survey of 1,172 Victoria police employees, of which 80% were sworn police officers. It follows a series of investigations into corruption in the police force, including allegations of drug trafficking and abuse that were substantiated by an Ibac inquiry last year.

Eighty per cent of respondents said they would report corruption if they personally observed it, up from 71% in 2015.

But the report found that 46% of survey respondents feared some form of personal repercussion if they reported corruption within the organisation, with one respondent commenting: “You ask yourself – is this career ending?” Nearly one in five (18%) agreed with the statement “if I reported corruption, I could lose my job”.

While the majority said Victoria police encouraged people to act with honesty and integrity, 13% of respondents said they felt Victoria police “actively discourages the reporting of corruption”.

“There is fear of retribution,” one respondent said. “Whilst Victoria police is a large employer, it is also very small.”

Another commented: “I have come across corruption and reported it. I was ostracised and bullied for doing so.”

Unlike other government organisations, the proportion of people who said they would report corruption did not substantially increase if they were offered the opportunity to do so anonymously, which the Ibac suggested some “tend to have doubts about Victoria police’s openness to reports of corruption”.

Most respondents said they would report corruption internally, either to professional standards or their direct supervisor.

“‘We were taught to sort it out, contain,” a respondent said. “And then if you can’t, escalate it up the line. Not externally.”

The report identified the potential for misuse of information as the highest risk of corruption in the organisation, followed by an undeclared conflict of interest, abuse of discretion, perverting the course of justice, and bribery.

One in 10 respondents said they had observed someone within Victoria police perverting the course of justice, and 29% suspected it.

The survey also asked officers to classify certain behaviours as corruption, misconduct or acceptable, and found a high degree of confusion in certain areas, particularly around accepting a free meal from fast food restaurants.

While only 7% said accepting a free meal was definitely corrupt, 24% said it counted as misconduct and 21% were not sure.

Other bad behaviour, such as a police officer repeatedly asking a victim out on a date or using a racial slur, were classed as misconduct by about three-quarters of respondents.

Eight per cent of respondents said they did not know if a police officer removing drugs from a crime scene and keeping them for personal use would be considered corrupt.

Despite those figures, the report found that generally Victoria police employees had a high level of awareness of what constituted corrupt behaviour and how to report it, and felt Victoria police had strong anti-corruption policies.

In a statement Victoria police said it was “pleasing” that most of its employees felt confident in identifying corruption and said the perception that those who reported corruption would face repercussions was incorrect.

“We acknowledge that some employees have responded with concern of the personal cost or repercussions of reporting corrupt behaviours. Victoria police will continue to respond appropriately to reported corruption or misconduct and protect our people from detrimental action,” it said.

Posted by AuCorp at 9:04 PM No comments:

See pdf version of information contained within the link:
http://courtsontrial.com/Clark-Lee-Justices-Censor-Web.html

The (below) average Joe Blow or member of the serf population has very little idea of how much corruption 'misbehaviour' there is in government, as there are too many distractions to keep the simple minds busy, the likes of beer, footy reality tv and the serf population fighting among themselves on a variety of topics handed them down by the people in government.

So now the latest trick in the book spearheaded by corrupt magistrate Peter Lauriston is that he wants the herd population to call him and his magistrate buddies judges because they're;

justifying this because the lower class 'magistrates' have a ship load of work on their tables.

Let's apply the same ill conceived logic to the McDonald's 'profession', where a kitchen hand 'food' re-heater demands to be called a gourmet chef (PMSL !!! !!! !!!).

Don't worry about it, as an alleged criminal and criminal is "same in all but name".

There was a reason why mother England brought in the Colonial Laws Validity Act of 1865, that being because the people in Australia's government were 'misbehaving' a lot, a fact that the authorities would rather the serfs not be aware of.

There is no such luck today of reeling in the actions of the terrorising actions of people in government against their tax slave population by the Crown, yet you still have to answer to the Crown when you commit a criminal offence.

Posted by AuCorp at 4:14 PM No comments: