Many people have been hunted down and unlawfully detained or arrested by police as a result of falsified documents whereby harm has been caused to their 'person'.

We have obtained a document (with blacked out identifying features) from a 'customer' of the administrative courts, where the document is a "Warrant to Arrest", as seen in the illustration below: 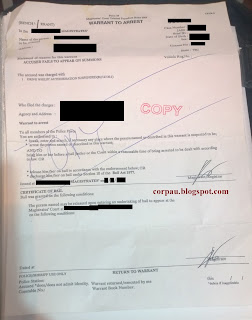 The government legislation that allows this document to exist is called Form 19 of the Magistrates' Court Criminal Procedure Rules 2009, as shown in the illustration below, which also includes elements which are mandatory in order for the form to be valid / executable. 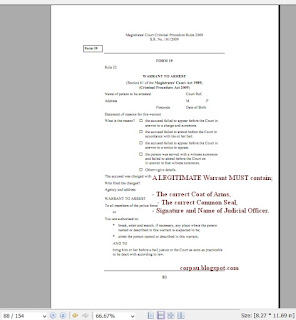 In the above form it is stated that in order for a warrant to be legitimate all of the following elements must be present;


Does the 'customer's' form contain all the above mentioned elements and look like the one according to law?

Please also note that on the 'customer's' original form an option of Registrar is also added, where this has no lawful standing.

If your person has been harmed by an unlawfully issued "Warrant to Arrest", where the police have acted on it, you may want to seek a remedy as a result of (verifiable) financial damage caused to your person from the actions by police and the court.


Form 19 of the Magistrates' Court Criminal Procedure Rules 2009 is currently available at:
http://www8.austlii.edu.au/cgi-bin/viewdoc/au/legis/vic/consol_reg/mccpr2009430/forms.html

The CIA in Australia

See Column Number 5 Item (1) Cause of Death, in the document below: 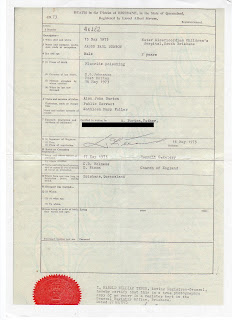 Posted by AuCorp at 2:27 PM No comments: