How easy is it to skim your credit card?

The government of the penal colony of Australia is mandating that welfare recipients get cash taken away from them (because they spend it on what they want / desire / need), and replaced with a card where they will be told where they can only purchase their items from (corporate thuggery).

Apparently this is supposed to be for the benefit of the peasants / wards of the state / dole bludgers.

What the people in the 'Australian Government' are not telling you is how easy it is to take 'cash' (in this case numbers) from this card.

See also how Mythbusters was banned from talking about how hackable, reliable and trackable Mastercard, American Express and VISA cards are in the video below;

Have you been effected by an imported 'human'?

Has this piece of garbage caused you harm, suffering or loss?

Well at the end of the day there is a man or 'person'  (two distinctly different entities) responsible for this.

In light of the 'terror' that happened in the Melbourne beach-side suburb of Brighton on Bay St, the machine called the 'Australian Government' imported one Yacqub Khayre from Somalia to commit violent acts against the good people of Australia.

Instead of incarcerating (imported) criminals or sending them back,  the judiciary lets this danger back out into the community (in order so that they can re-offend' - GREAT for court business), where  ultimately one entity is responsible from bringing this scum into the country.

At the end of the day Australia's immigration minister Peter Dutton is responsible for bringing in garbage / human waste / 'terrorists' into this country that ultimately commit criminal activities against the good people.

After all the first job of a government is to keep its people SAFE.

YOU failed to keep the people safe Dutton! 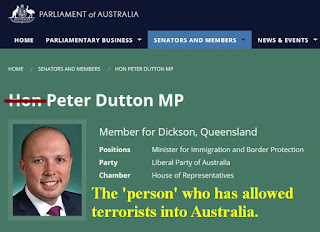 Call for Peter Dutton to be removed from office.
Posted by AuCorp at 1:17 PM No comments: 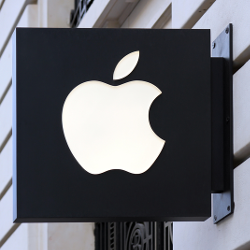 You might recall the big hullabaloo that occurred last year when Apple was the subject of a class action suit in the U.S. The legal action involved an error 53 message that popped up on certain Apple iPhone models that had parts repaired by unauthorized personnel. With the error message, the affected phone was essentially bricked. The suit was eventually thrown out. In Australia, regulators there are taking Apple to court over essentially the same issue. The Australian Competition and Consumer Commission (ACCC) is accusing Apple of deliberately misleading customers. The trial begins in mid-December.

The ACCC claims that Apple had been telling iPhone owners that they were not able to get free repairs for their handsets if they first had taken them to a third party repair shop. Apple repeated that excuse to customers even when a repair made by the unauthorized shop had nothing to do with the problem that Apple wouldn't fix for free. The ACCC, trying to catch Apple in the middle of this illegal action, sent out undercover employees to each of the 13 retailers in the country that sell Apple products. This was done last June. The undercovers told Apple staff that the speakers on their iPhone stopped working after the screens were repaired by an unauthorized  third party. In each of the 13 visits, Apple incorrectly told the undercover ACCC agent that it could not repair the speaker for free under Australian consumer law; the reason given by Apple in each case was that the screen had been replaced by a repair shop other than Apple Australia or an Apple-authorized service provider.

Consumer law in Australia states that customers have the right to free repair or a replacement if a product is faulty or the quality of the device is unacceptable. Apple responded to the ACCC's claims by saying that the undercover operation failed to expose any breaches by Apple because consumer law does not exist in "hypothetical circumstances". In other words, Apple claims that because the undercovers did not have a real iPhone with a real problem, they were not given the correct information. The company went on to say that real customers with real iPhone units would have been informed of their rights under Australian consumer law.

The error 53 message affected one in 1,000 iPhone units sold by Apple or its resellers between September 2014 and February 2016. The message would show up whenever the iOS user would try to update his device to iOS 8 or iOS 9.

Posted by AuCorp at 8:12 PM No comments:

Victoria Police covering up their criminal actions and those of others

We have obtained documents from various sources over the years that show a high level of corruption and criminal activity within the organisation known as Victoria Police.

From deliberate inaction to apprehend known criminals who steal from the mass population to highly organised white collar crime worth tens of millions annually where that masses are the victims, Victoria Police has consistently chosen to protect the criminals involved.

At the end of the day whenever a member of the general population is a victim of criminal activity regarding injury theft or fraud one can surely not count on the highly rigged judicial system to obtain a remedy.

We have also obtained considerable information from people within the 'brotherhood' who have given information on the condition of strict anonymity, where many cases have been won or dealt with outside the courts in favour of the person who is member of the brotherhood irrespective of fault, facts or so called legalities in play. 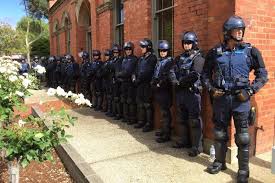 Currently we are looking into the white collar crimes Victoria Police is 'supporting' where the cost to the victims of crime could easily amount well into the tens of millions annually.

Many people may not be aware that Australia's police force, being part of the executive, are not 'public servants' meaning they do not work for the people, but rather for the people in government protecting them and their interests where the mass population is literally the enemy of 'the force'.

Since there are many matters to document, this is a "watch this space" scenario.