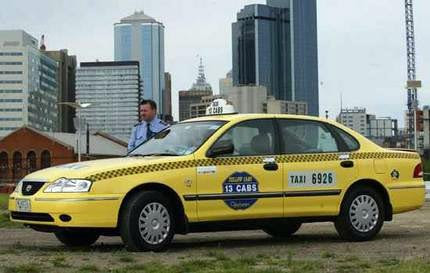 In the United States 'black' slavery was abolished just after the mid 19th Century.

Industrialists found a 'better' way to enslave those people, by giving them freedom, then they will go back to the farms of their free will (necessity).
Enter the modern era of again, BLACK SLAVERY.
The Anglo-Masonic Law makers of Australia were /are racists, as there was quite clearly a 'White Australia' policy.
Politics is driven by the economy, many a politician are succesful in business, therfore wrting laws that favour them.
SLAVE BREEDING GROUNDS like China, India and other countries have some of the worlds cheapest labour forces, which are supported by governments and businesses alike.
The current migration trend into Australia, is the cheap labour supplied by India. India currently has approximately 400,000,000 people living in poverty, a perfrect pool of slaves.
Governments are selling Australia as a 'study' destination knowing too well that this 'loophole' is a gateway to supporting slave labour.
Indian students gain access to Australia via 'STUDY VISAS', whilst purpoting to attending University studies (the attendance rate must be >than 80%), are actually in the work force.
They work illegally for

One Australian worker is worth approximately 4 Indian workers.
The Australian Taxation Department is fully aware of the Tax dodging companies that hire the illegal workers BUT do nothing, as this is a LARGE SCALE operation, that nets business LARGE profits.
In the Taxi Industry, the students drive a Taxi WITHOUT a license, therefore ENDANGERING the lives of occupants, and in the event of a collision, voiding insurance policy.
Posted by AuCorp at 9:14 PM No comments:

The current government advertisements are 'inticing the public' (which is an offence, under advertising laws) to take the one the 5,000,000 swine flu vaccines the government has paid for.

In the advertisement the government urges, pregnant women, infants, to take the vaccine, a recommendation that the manufacturer DOES NOT recommend those people to take

Also it (the government) 'cares' for 'Indigenous Australians' (like it did during the 'Stolen Generations' era).

The vaccine contains high levels of mercury that is DETRIMENTAL to the development to unborn babies AND infants.

The swine flu has already surpassed it's critial stage of threat AND is on the DECLINE.

The government needs to get paid for the purchase of the 5,000,000 vaccinations.

YOUR HEALTH IS NOT THE ISSUE.

Posted by AuCorp at 8:57 PM No comments:

The media for the masses, has labeled Wayne, King in reference to (his sporting abilities?)
quoted article:

"The King landed in Los Angeles this week, but did not make it any further than the airport, where he was turned around by US immigration authorities."

The mass media instills in the minds of young impressionable children that they must be sporting 'heros' to be anyone.

The schools for the masses pull children away from education, and push them towards sport.

The mass media puts sporting losers to be the pinnacle in society, whereas these ball handling neanderthals, exhibit anti - social behaviour (a recent criminal offense in England's Penal Colony of Australia, especially if you're BLACK) where examples like Carey are over inflated egos, believe they are ABOVE the law.
Posted by AuCorp at 4:59 PM No comments: