Is a fingerprint scan secure?

The general population is being 'sold' on the idea that the new technology of bio-metric scanning is secure, more secure than your previously used PIN or pattern lock or picture password with regards to consumer grade mobile phone technology. 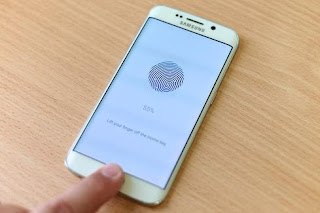 Wouldn't it be a terrible business idea to prove that the new implementation of technology is not so secure as spruiked by the corporations that need to make profits from their invented technology.

Could you image exposing the technology called RFID  used within the bank's cards as being insecure, where people would not use them if they knew how insecure it was?

Well, the researchers at Mythbusters thought it would be a good idea to detail how easily hackable the technology used by the banks was.

The 'problem' there was that the lawyers for the banks and the technology manufacturer stepped in and shut them down in terms of exposing how insecure it really was.

See post:
How easy is it to skim your credit card?
The current spate of tech reviews and setup instructions with regards to smart phones that have inbuilt fingerprint scanners does not give the user the full picture.

While they may tell you how to configure your device, there is one crucial detail that people are not been made aware of. 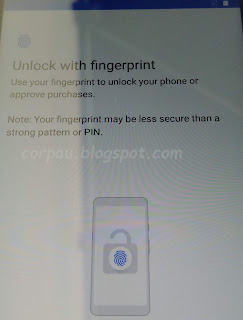 From the above photo, "Your fingerprint may be less secure than a strong pattern or PIN."

Technical Translation: Your fingerprint IS less secure than a strong pattern or PIN.

Posted by AuCorp at 3:49 PM No comments: