Australian Government to monitor your every move via GPS car tracking

The time is literally here where the general populous are not able to leave their driveway without almost every single person's movements being monitored by the corporation conglomerate called the 'Australian Government'.

Currently anyone who has a GSM phone, irrespective of whether it's a smartphone or not it is tracked by the authorities, the only difference being that with a smartphone the user can also see the coordinates.

Cash is being slowly phased out in Australia, under whatever pretext, ah that's right for welfare recipients, because it's for their own good.

So now comes the time when the federal government is going to mandate GPS technology in all vehicles on our already paid for roads, and over taxed fuel, so that apparently road users get a better deal.

As if the government is going to let you pay less for something as time goes on.

Naturally all this technology is easily hackable, where the authorities will vehemently deny this.

It's all about monitoring and then controlling the movements of the government's slave population.

We've already spoken to people involved in the legal industry, where the comments are that the alleged laws (read Acts) that are to be put in place are factually unlawful.

Another miscarriage of justice from the administrators of the colony.

If you have had harm done to your person you MUST take the appropriate action. 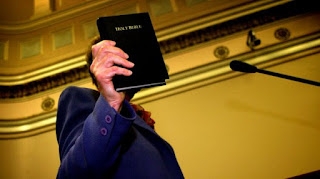 Queensland's new first law officer has passed her first piece of legislation with the help of the Opposition.

Parliament quickly passed the legislation to correct an administrative oversight which saw 24 magistrates use the wrong oath or affirmation during their swearing in from April 2013.

A government bungle saw 25 magistrates not take the correct oath.


With hundreds of court cases potentially at risk, time was of the essence in passing the legislation, which was introduced on Thursday morning and passed just a few hours later.

The government is urgently moving to correct a bungle, which saw magistrates take the wrong oath of office, and in one case, not take it at all.

Attorney-General Yvette D'Ath moved to correct an issue which has seen 16 acting and eight permanent magistrates take an incorrect oath or affirmation when they took on the job from 2013 onwards.

One magistrate was missed altogether.

"The effect of taking and subscribing the incorrect oath or affirmation or not taking the subscribed oath or affirmation at all ... those judicial officers would be prevented from exercising any of their powers and functions as a magistrate or acting judicial registrar as the case may be.

"The oversight potentially affects the continuing validity of the appointment of the relevant judicial officers."

Essentially, the regulation changed but the wrong oath continued to be used.

The government will rush the legislation through and make it retrospective, to rectify any issues emerging from the administrative oversight.

The legislation will be debated on Thursday afternoon.

Posted by AuCorp at 8:37 PM No comments: 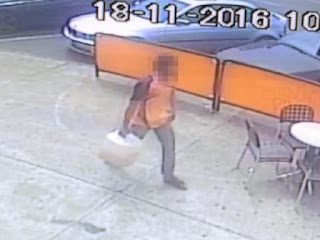 So what's the deal with the advertising slogan to Australia for people smugglers?

Is Australia touted as a 'charity'?

Do they say that the Australian government gives you money for nothing for pretending to be a 'refugee' even though you're really  a  criminal?

Do they say that the working Aussies will pay for your 'everything', and you don't even have to work for it?

So what's the real deal behind the 'disturbed' Myanmar man's behaviour which led him to pouring fuel all over himself and setting himself alight in a bank of Melbourne's suburb Springvale?

Let's take a look at a few items that were mentioned by the mainstream media.

Let's get one thing very clear for everyone, in that the Australian Government, via its welfare business called Centrelink gives cash to the recipients in order for them to 'survive' (putting aside the 'technicalities' whether it's enough or not), i.e. food, clothes, shelter only for that person, and no one else.

It 'seems' that Centrelink was made aware that the man's money was being sent overseas (irrespective of whatever reason), and stopped the payments as a result.

So does coming into the country as a 'refugee' give you the right to 'scum' from taxpaying mums and dads?

Should the Australian Government be importing 'dangerous' people into the country, who put the general populous at risk?

After all, don't forget the 'Australian Government' stated that:

"The first job of a government is to look after the safety of its people" (Bronwyn Bishop 2015).

Remembering that real 'refugees' are as a result of a failure of government?

Are the world's governments supporting corrupt governance by allowing governments to create refugees?

P.S. The above words could be a 'conspiracy theory' and have no lawful standing as they cannot be backed up by case law.
Posted by AuCorp at 10:58 PM No comments: