This is just one reason you cannot trust the police 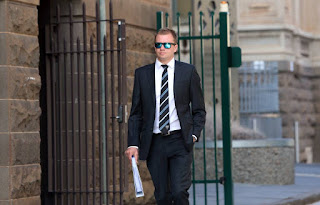 (Please note, that The Age publication did not provide a picture of Mr. Samuel Miller, but rather a generic photo pertaining to Victoria Police as seen below. Photo Source: Bendigo Advertiser)

From a roadside 'interview' prior to the issuing of an 'Infringement Notice' to a Supreme Court matter, 'you' (a member of the serf population) cannot trust the police.

Roadside interviews include 'entrapment' and false information provided by the interviewing officer.

Your only response to any question outside of providing your details must be 'no comment' irrespective of your urge to respond to ridiculous questions presented to you.

Depending on the court matter, police do tamper with evidence, present false statements and even tamper with witnesses.

You can literally never trust any police officer's alleged occurrence of events presented as so called 'evidence'.

See just one example that made it to the public news media, as described by The Age publication from 27 May 2020 of the headline:

A Victorian policeman who faked documents to end criminal investigations he didn't think were worth his time has been ordered to do community work.

Samuel James Miller, 36, faked documents from victims of crime claiming they wanted to withdraw their complaints, including a 14-year-old assault victim. 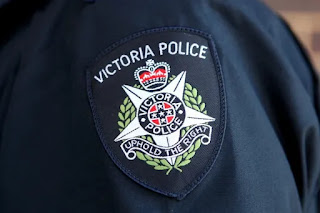 The Bendigo detective senior constable claimed he believed the three victims were unco-operative, and he was frustrated by that.

He believed Victoria Police's process for ending investigations was cumbersome and he was saving time.


Miller was caught after creating a false statement, claiming an assault and aggravated burglary victim signed a document asking to withdraw her complaint.

When interviewed he said it was the only time it had happened, that he didn't believe the investigation was worthy of his time and he wanted to rid it from his workload.


But an internal investigation found two other cases, including where he had faked a statement from a 14-year-old boy who was assaulted.

He recorded in the investigation file that the teen had recanted his statement and that the incident was "most likely a disputed drug transaction".

Miller, who joined Victoria Police in 2006, has been suspended without pay and will now be sacked.
County Court Judge Phillip Coish on Wednesday ordered Miller complete 100 hours of unpaid community work.