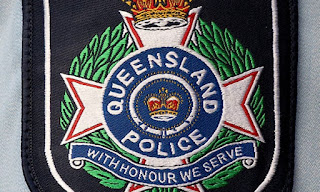 Evidence against a former Gold Coast police officer whistleblower was allegedly “intentionally” tampered with, a court was told, amid claims that Queensland police pursued a charge against him as a reprisal.

Paul Carney medically retired from the police service in 2010 after raising concerns about alleged corrupt practices. He subsequently started a website critical of particular police officers and launched a civil court case.

In 2015, Carney had a verbal altercation at a Brisbane pool with a former colleague, who he had criticised on the website. Carney says it was a chance encounter. Police charged him with stalking with violence.

Before Carney’s trial, the commonwealth ombudsman ordered an investigation into potential tampering with CCTV video footage from the pool that was used as evidence against Carney. 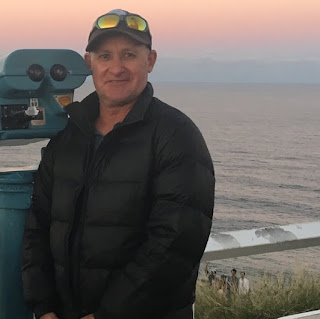 When Carney turned up to court in August, he was told the Queensland office of the director of public prosecutions had lodged a “nolle prosequi” notice, indicating they were abandoning the charge.

“I’ve been through absolute hell these past three years,” Carney told Guardian Australia. “There was never any evidence to back up this charge. I have been the victim of whistleblower reprisal and some extremely duplicitous conduct by Queensland police.”

Carney, who represented himself, produced an expert report at his committal hearing casting doubt over the footage. A senior software engineer analysed the CCTV and noted several interruptions, where periods of up to eight minutes were not able to be viewed.

“It is my opinion that the corruption and/or video errors have been introduced post-copy as a result of human interaction with the file by both direct and intentional manipulation,” the report said.

“In my professional opinion, the interaction with this file post downloading/copying to external media could reasonably be considered a tampering event.”

Carney also made submissions to the court that statements made against him were “fabricated” and the result of “collusion”.

A visit to the pool
On his website, which remains live, Carney details his history with the Queensland police. He worked on the Gold Coast until 2010, until “my health was wrecked and upon medical advice [I] medically retired.”

In 2015, Carney was preparing a civil case against police. He said he would drive up to Brisbane regularly to file court documents and on 29 August stopped at the Yeronga Park pool to do laps.

Carney told the court he had been in the water for 20 minutes when he noticed Stephen Illidge, an officer he had worked with on the Gold Coast, who had since joined the Australian federal police. Illidge was at the pool with his children.

CCTV footage of a verbal altercation between the men shows Carney in the pool and Illidge standing at the pool edge. There is no dispute a verbal exchange took place. Carney said he shouted at Illidge to stay away from his belongings and called him corrupt. Witnesses said Carney used the word “cunt” repeatedly.

In a subsequent triple-0 call to police, heard by Guardian Australia and tendered into Court as evidence, Illidge starts by explaining to the operator that Carney has a civil case against the police.

“He’s made threats and he’s got a website that’s defaming the current QPS commissioner and other police, including myself, because I’m related to high-ranking Queensland police still.

“I’ve reported it all through the AFP hierarchy that I’ve got concerns ... that he’s fixating on me. So I’ve just walked in with my kids to take them to a swimming lesson and he’s just gone for me from the pool.

“I’ve really got concerns about him that he now knows where I am to follow me home or something like that.”

Illidge said in the call there had been no physical altercation. The court did not make any findings as to the allegations made by Illidge in the course of the triple-0 call.

Several months later, and three days before his civil case was due to start, Carney was charged with stalking with violence.

‘A series of irrelevant events’
Carney wrote to the AFP, the Queensland Crime and Corruption Commission, the police ethical standards command, and the officer in charge of the local station to complain the charges against him were reprisals.

In 2017 Carney also wrote to a lawyer from the office of the director of public prosecutions, to say that pursuing the case against him was “entertaining a whistleblower reprisal”.

“Your prosecution is not a prima facie case, but a somewhat fabricated series of irrelevant events with no connecting nexus.”

Carney maintains the encounter with Illidge was coincidental and the suggestions he had engaged in stalking, or ever deliberately sought out Illidge, were baseless.

“They all dismissed my complaints,” he said. “Police acted solely on what Illidge told them throughout and blatantly ignored me.”

Well that's about right these days good guys get silenced bad guys get promotion. More and more people are waking up to the Unlawful Australian Police Force, We used to have a Police Service, with Police Men and Women , now they are just corporate money collectors , for their Satanic Masters.

It's so good that Paul has been cleared. One has to experience the way an officer is treated who has been targeted. When one cross references facts the corruption is obvious. The maze created by "the investigators" is unbelievable. The human cost is staggering and unforgiveable.

CCC not interested in investigating reprisal by police ASIC & Westpac against a whistleblower, where police used fabricated production notices, doctored recordings and falsified transcripts. ASIC and police, including a DPP prosecutor all perverted justice and committed perjury , failed to investigate bank fraud for years, and protected Medcraft who laundered billions for Westpac. They succeeded in jaillng an innocent woman who is now appealing in the high Court because no justice for whistleblowers in Qld.